More must be done to fight climate change
Opinion

More must be done to fight climate change 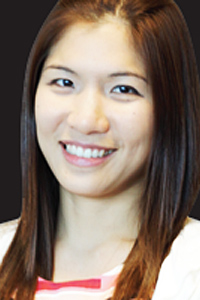 The latest report by a German think-tank showing Thailand as one of the countries most devastated by climate-related disasters demands that prompt action be taken to tackle this problem.

The Global Climate Risk Index released in November 2015 by Germanwatch reflects the extent to which countries have been affected by weather-related events from 1995-2014. Thailand is the ninth most devastated by climate-related disasters during this period. The report ranked a total of 187 countries.

Other countries in the top-10 most affected list include Honduras, Myanmar, Haiti, the Philippines, Nicaragua, Bangladesh, Vietnam, Pakistan and Guatemala. Notice something similar? All of these countries are less developed than Thailand.

What does this Climate Risk Index ranking mean for us? Obviously, the way the index is constructed indicates that Thailand has been hard hit by climate-related disasters in the past decade. The total monetary damages from floods and droughts between 1989-2013 amounts to 158 billion baht and 15.3 billion baht, respectively.

But this is not the end of the story. The Intergovernmental Panel on Climate Change's (IPCC) fifth assessment report predicts that these climate-related events will become even more severe and more frequent in the near future due to climate change. In particular, the IPCC warns that climate change "will increase risks for Southeast Asia. Key issues range from coastal and river flooding, with the potential for widespread damage, to heat-related mortality, to water and food shortages following drought".

In short, Thailand has been and will become even more vulnerable to the effects of climate change as it develops. The Climate Risk Index serves as a red flag warning us to be prepared for future climate-related damages.

On the bright side, being the richest among the top-10 high-risk countries means we have more potential to prevent and mitigate future climate-related losses than the other countries. Going forward, Thailand needs to strengthen its efforts on climate change adaptation and mitigation in the following ways.

On the adaptation side, we need to learn from our past experience and devise an effective resource management and damage mitigation plan. Looking back, there are several problems with Thailand's disaster prevention and mitigation system.

First, Thailand lacks an evidence-based disaster prevention and mitigation plan that prepares ourselves before disasters arrive. We are used to the attitude of letting the problem come first, then trying to solve it later. A good example is the problem of floods and droughts that occur continuously every year and contribute substantial damage to the country. If we had learned from past mistakes and adjusted our prevention and mitigation plan accordingly, we could have prevented much of the losses in recent years.

The second problem includes the lack of a unified action plan and the effective coordination between responsible agencies at the time disasters hit. Therefore, the mitigation efforts of these organisations are not usually synchronised and become redundant at times.

Late last year, the cabinet approved the new National Plan for Disaster Prevention and Mitigation 2015, which aims to address existing gaps in the current disaster prevention and mitigation system. This is a step in the right direction. However, it also requires a strong implementing body and effective coordination to actually put the plan into practice.

On the mitigation side, Thailand needs to be more committed to stopping climate change at its roots by cutting greenhouse gases emissions and encouraging other big emitters (especially China and India) to do so.

While it is true that Thailand emits less than 1% of global greenhouse gases, we are among a handful of countries likely to be hardest hit by climate change as indicated by the Global Climate Risk Index. Isn't this a good enough reason for us to act? We can look at the power of the small Pacific island nations in the COP21 climate summit as an example. These countries are responsible for a tiny fraction of global greenhouse gas, but face disastrous threats from rising sea levels due to climate change. Thus, they successfully fought for their target of limiting a temperature increase of no more than 1.5C above pre-industrial levels into this landmark climate agreement. Is Thailand not also facing a real threat? If we just sit around and do not stand up and protect ourselves, who will?