Laos leads region, but only in repression
Opinion

Laos leads region, but only in repression 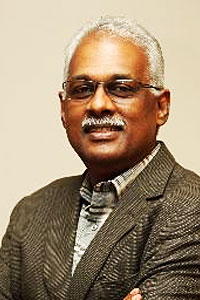 In this photo taken in December 2012, activists hold a large banner featuring a poster of the missing civil society leader Sombath Somphone during a demonstation in Bangkok. Chanat Katanyu

On Sept 6, heads of state from around the world will gather in Vientiane, Laos, for the year's only Asean Summit. The high-profile meeting should be a chance for the Lao government, as hosts, to showcase its regional leadership potential. But don't expect a spectacle of economic, social or environmental innovation. The only thing on display will be the communist government's unflinching commitment to authoritarianism at all costs -- something that neighbouring governments seem ever eager to emulate.

Despite being the titular head of the regional bloc in 2016, Laos leads the region in few respects. Its economic output, in both overall and per capita terms, remains among the lowest in Asean, and its presence on the world stage is minimal.

But there is one particular area in which the Lao government has been a consistent regional leader: repression.

Laos has reliably ranked among the least free in the world according to Freedom House, and Reporters Without Borders has listed its media environment among the most repressive. There is no space for free expression or association in Laos. Civil society groups are almost exclusively government-aligned, and no domestic organisations focus on human rights -- an issue deemed too sensitive to discuss openly. Local actors are wary of interactions with international counterparts and practise extreme self-censorship. Many say they are under surveillance by state agencies.

When I was last in the country, in September 2014 as part of a delegation of parliamentarians from the region to explore just these issues, we were struck by the insidious climate of fear and repression. A dark cloud hung over all that wanted to address so-called "sensitive" issues, be it the environment or rights or political participation. The fear was perhaps worse even that which we had experienced over many years working to support human rights and civil society in Myanmar. This wasn't just among local individuals and activists, but also among the international NGO community. Most were afraid to speak their minds: those that did, did so under assurances of anonymity. Foreign diplomats and UN representatives admitted to us the situation was one of dire straits, and none had any viable solutions for resolving it.

The Lao penal code prohibits organising or participating in demonstrations "with the intention of causing social disorder", one of several vaguely worded clauses that have been invoked on numerous occasions to justify the arbitrary arrest of activists and political dissidents. Others who have dared voice legitimate criticism of the government have been less lucky -- ending up as victims of enforced disappearance, a heinous state crime, which robs victims' loved ones of any sense of closure.

Ethnic and religious minorities face government-sponsored persecution that goes unnoticed by the international community. Megaprojects, including hydropower dams along the Mekong mainstream, have proceeded without proper consultation with local people, displacing communities too afraid to speak out against them.

This environment has only deteriorated since the disappearance of prominent civil society member Sombath Somphone, who was last seen getting into a police vehicle in December 2012. This event sent a chilling message to other civil society actors to shut up or suffer the same fate. Despite repeated inquiries from regional and international organisations, including the United Nations, the Lao government has provided no details of their supposed investigation into the case.

The climate is so bad that civil society groups organising this year's Asean Peoples' Forum opted to hold the event outside of Laos, noting they could not guarantee the safety of participants. This was the first time ever that the annual civil society gathering was not hosted in the country in possession of the year's Asean chairmanship. For Asean as a whole, Laos' chairmanship at this moment is perhaps fitting: Vientiane's turn at the helm coincides with a wider trend away from democratic governance, due process, and respect for human rights.

A military regime continues to rule in Thailand more than two years after the overthrow of the elected civilian government, and it recently rammed through a new constitution that bolsters its own power for the foreseeable future. In Cambodia, persecution of opposition politicians and independent civil society is on the rise, as prominent figures have faced harassment, arrest, and even orchestrated violence. The streets of the Philippines run red with the blood of those murdered by police and vigilante groups in the name of combating drug trafficking. Even Singapore -- often held up as an exemplar of clean and efficient administration -- recently passed a draconian contempt of court law, which threatens freedom of expression.

Bright spots, however, do still exist. The new administration in Myanmar has made some important strides toward transitioning to a more open, democratic system. Timor-Leste, which has emerged from decades of trauma to embrace pluralism and openness, is inching ever-closer to formal admission as the 11th Asean member state.

But overall, we are witnessing a deteriorating regional human rights situation, as governments -- both elected and unelected -- crack down on critics, opposition politicians, and independent civil society. State institutions, including legislatures and courts, are being cowed by strongmen and forced to do the bidding of ruling parties. Meanwhile, people have increasingly limited space to voice concerns or seek justice.

On a fundamental level, Asean -- like the governments that make it up -- is devoted to the protection of elite interests at the expense of rising inequality and poverty rates among the majority of the population.

But at the upcoming summit in Vientiane, we won't hear any of these concerns discussed. Asean leaders will shake hands and pose for photos, blissfully pretending -- like the Lao government so often does -- that all is well, that the people are happy, and that public concerns about the government simply do not exist.

In Laos, other Asean countries can see a potential future -- a nation where criticism is seemingly non-existent thanks to pervasive repression and the deep public fear it produces. The reality of the situation for Laos and for the region is plain to see, however. If the Lao government is leading Asean anywhere with its chairmanship, it is backward on human rights.