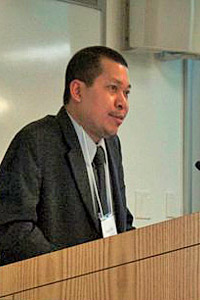 About six months into power, Myanmar's de factor leader Aung San Suu Kyi has proven that, with strong political will, she is able to handle daunting challenges, many inherited from the previous military regime.

Ms Suu Kyi and her National League for Democracy which won the election last November, entered office in March. Among the problems that face her administration are the instigation of religious and racial conflicts, continued civil wars and the worsening situation in Rakhine State.

Many observers have doubted whether Ms Suu Kyi, who possesses no governing experience as she was under house arrest and was in the opposition camp for nearly two decades, would be able to solve these explosive issues. But she has proved, as state counsellor, that she is brave enough to confront them.

In resolving religious and racial conflicts, Ms Suu Kyi needs support at home and abroad to help her walk a fine line to weaken the extremists and strengthen the moderates.

The rise of ultra-nationalists and religious extremists in the country has been led by the Organisation to Protect Race and Religion, aka Mabatha, a group which comprises senior monks. Mabatha has had great influence over the general population with its hate campaign against Muslims. With the backing of the previous government, Mabatha has hundreds of thousands of followers nationwide. The group has further marginalised Muslim populations.

At the request of Ms Suu Kyi's government, the State Sangha Supreme Council, the official governing body of all Buddhist sects in the country, on July 12 issued a ruling against Mabatha, refusing to recognise it as an official Buddhist organisation and to support it. Mabatha later went quiet as millions of people expressed their support for the government and publicly denounced the group.

Continuing a peace process initiated by the previous government to end a decades-long civil war in Myanmar is also a major challenge for Ms Suu Kyi. During the three-years that it had been handled by the previous government, the process was full of flaws and fraud. It resulted in the realisation of the nationwide ceasefire agreement (NCA) in October 2015 -- the first step of the nationwide political dialogue. However, only eight ethnic armed organisations (EAO) signed the pact. The United Nationalities Federal Council (UNFC), a coalition of seven EAOs and two other EAOs based in northern Myanmar, the United Wa State Army (UWSA) and Mongla, refused to sign the agreement. Three armed groups, Palaung State Liberation Front (PSLF), Myanmar Nationalities Democratic Alliance Army (MNDAA) and Arakan Army (AA) were not invited to be part of the initiative.

On Aug 31, her government commenced a four-day peace summit, the 21 Century Panglong Conference, with ethnic rebels in Nay Pyi Taw. Representatives from 17 EAOs joined the conference together with members of the government, the parliament, the military, political parties and special guests. They were allowed to present their positions on autonomy, self-determination and openly building a federal democratic country. All presentations were broadcast live via television channels. All peoples around the country had a rare chance to hear the voices of ethnic freedom fighters for the first time.

Although three groups were not invited to this conference, as they haven't reached a deal with the military, they supported it and wanted to participate in the following sessions. Even though the conference lacked debate and decisions, further discussion will be taking place as more conferences will be convened every six months until agreements with ethnic groups are reached.

A prolonged religious conflict between Buddhists and Muslims in Rakhine State stands as another serious challenge for Ms Suu Kyi. Riots in 2012 resulted in about 100 deaths, hundreds of villages destroyed and hundreds of thousands of Rohingya Muslims fleeing their homes subsequently trapped in temporary camps, leading to prolonged segregation of the two religious communities. As the situation drew attention from both the United Nations and the international community, the previous government tried to address it. Unfortunately, instead of solving it, the government then caused more problems due to a lack of political will and pressure from ultra-nationalists.

Recently, Ms Suu Kyi announced the formation of the nine-member Rakhine State Advisory Commission, chaired by former UN secretary-general Kofi Annan. The two other members are former UN advisers from Lebanon and the Netherlands, while another six are from Myanmar; two each representing the government, the Muslim community and the Buddhist community. They are assigned to find solutions and submit their findings to the government within a year. Rakhine nationalists quickly denounced the commission, demanding that its members should be all Myanmar nationals. Rakhine parliamentarians submitted a motion to abolish it in the Lower House without success.

Despite the strong opposition, the commission has begun work. Ms Suu Kyi told the commission she wanted all the people of Myanmar to fully enjoy human rights and expected it to for search the root cause of the conflict and recommend solutions.

These actions by her government are just the start, but a promising effort. The country will not become peaceful and prosper anytime soon. Religious extremists may find ways to revive. Armed conflicts could continue. The Annan commission may find it difficult to achieve a consensus among its members. Solutions may not be found and implemented as fast as some from the international community have demanded.

Like other countries, there are both moderates and extremists competing for their roles in Myanmar. Even though Ms Suu Kyi shares the same concerns with the international community, she will not bow to international pressure against the will of her own people. She needs help from her international friends who understand and support her position and avoid putting unnecessary and unrealistic pressures on her. Such assistance will help her strengthen the role of the moderates and weaken that of extremists, which will lead to achieving sustained solutions.

Aung Din is a former political prisoner in Myanmar and currently lives in the United States.

Aung Din is a former political prisoner in Myanmar and currently lives in the United States.