Breaking barriers to bank the poor 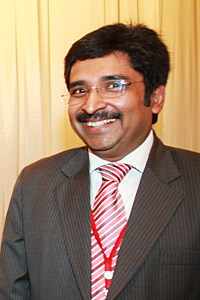 Giving the poor access to financial services is accepted wisdom. What isn't appreciated is how this is undermined by a lingering lack of trust in banks among the people most in need of their services.

While many banks in advanced economies are viewed as self-serving and unaccountable, Asia's banks were largely untainted by the global financial crisis. Still, many poor customers in Asia feel alienated and neglected by them because financial solutions are usually not tailored to their needs, and when they are, they're often not clearly explained.

Financial exclusion can breed poverty traps and inequality, and delay the development of efficient financial markets. Fixing this is important for Asia, which, as the engine for 60% of global growth, will bear the burden of driving global prosperity for years to come.

Granted, there are financial inclusion success stories including a recent sharp rise in the number of people with bank accounts. But an estimated 1 billion people in Asia don't have an account. Though savings rates are relatively high, 300 million people save outside the banking system through alternative savings channels, such as community savings and credit associations, that don't provide protections enjoyed by bank depositors if the institution fails.

Moreover, many of the new accounts are held by the relatively well-off; with the poor deterred by the cost and difficulty of opening and maintaining an account. The rural market is still seen by most financial institutions as high-risk, low return, as well as very hard to reach.

It's time for a closer look at why policies are failing to help the poorest unbanked, and what more can be done.

I once met illiterate widows in northern India who complained they had waited for months to open bank accounts to receive government compensation after their husbands died. Complicated administrative processes and insensitive bank staff left them demoralised. The bank said it needed to comply with "know your customer" guidelines. But even after the paperwork was done, at least one of the widows didn't get any money; the checks had expired and nobody bothered to explain how to revalidate them.

Or the tenant farmers in Pakistan who told me they were encouraged to approach a local bank for loans, only to have their applications declined despite providing land lease agreements as collateral. The hitch was that the landowners already had outstanding borrowings guaranteed by the same parcel of land.

Sadly, most poor people still believe loans are for big farmers, businessmen, and traders. As a result, informal -- often costly -- credit sources thrive among the poor, even when financial institutions offer attractive lending schemes. High interest rates charged by informal moneylenders can cause mounting debt that can have tragic consequences, with many farmers seeing suicide as the only way out.

Digital financial services can help. Branchless banking channels such as debit cards and mobile phones can enhance coverage by giving recipients unique identifiers and placing the payment instrument in their hands.

But there are pitfalls here, too. People living in remote areas sometimes give their ATM cards and PINs to agents to withdraw their money for a fee -- a clear security risk. Poor households also compromise their digital security by sharing mobile phones used for banking. Though these people might trust each other and the agents to transact honestly, these bad habits expose them to fraud.

Financial literacy is the key to rebuilding trust in banking among the very poor.

Policies that empower women as educators of children on financial basics and as entrepreneurs themselves can help realise their untapped potential as financial inclusion enablers with enormous economic and social benefits. The remuneration of intermediaries dealing with poor women -- and men for that matter -- should be more closely tied to the financial well-being of their clients rather than how much product they sell.

New technology like biometric information and digital IDs has opened up exciting new channels for financial inclusion. But governments need to work closer with the private sector to improve internet connectivity for banking, as China has done through a massive programme to boost rural broadband internet infrastructure.

Regulations must encourage transparent transactions and deliver better protections for poor users. Financial institutions should avoid technical jargon in their communications with consumers, as in Mexico where micro-insurance regulations must be written in simple language with no concealed exclusions or deductibles.

Above all, let's listen to the poor when drawing up policies to bring them into mainstream finance. That way, we won't end up creating more problems than we solve.