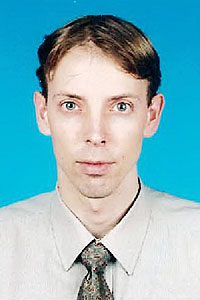 The Criminal Court verdict against human rights activist Andy Hall for defamation and violation of the Computer Crimes Act which was lauded by the plaintiff, Wirat Piyapornpaiboon, the president of Natural Fruit, makes it worthwhile to examine the case through official normative Thai values, the "12 Core Values of Thai People".

After hearing the verdict, the president stated to the press that "No foreigner should think they have power above Thai sovereignty".

Mr Hall co-authored a 2013 report, "Cheap Has a High Price" commissioned and published by Finnwatch, a non-governmental organisation. The section on Natural Fruit alleged child labour, low wages and poor working conditions. Natural Fruit, a pineapple and fruit company, brought multiple actions against Mr Hall, some criminal and some civil, the latter including a claim for US$10 million.

Critically, in Thai defamation law, the truth of any allegations of malfeasance is not thoroughly investigated. For the truth to carry any weight, there would have had a separate, criminal case against Natural Fruit to see if the company had breached labour laws. However, this has not yet occurred. Mr Hall is not likely to wait for a police investigation because such cases can take years. Besides, letting the sun shine on the practices of Natural Fruit would have benefited the workers.

It should be noted that the activist has not accepted any guilt and is appealing the verdict. Moreover, the Criminal Court, in passing its judgement, suspended the three-year sentence that it handed down on the grounds that it considered Mr Hall's work as a human rights activist was beneficial to Thailand. In other words, the activist was recognised as a moral being.

We now turn to the details of Mr Hall's allegations. Mr Hall investigated a Natural Fruit factory in Prachuap Kiri Khan in November 2011. There, he found about 800 workers, with only one in eight being Thai. Approximately 200 were allegedly illegal Myanmar immigrants. Mr Hall alleges various irregularities at the factory -- the confiscation of passports and identity papers, the mandatory purchase of safety equipment by the workers, wages below the then legal minimum of 240 baht a day, compulsory overtime of 5-10 hours a day, and dangerous and unsanitary conditions.

His allegations are just that. Moreover, that Mr Hall was paid by Finnwatch, he may have had a small pecuniary interest. However, accepted as a moral being by the self-evidently "Thai" standards of the Criminal Court, we can consider the likelihood of any of these allegations being true. We can see reporting these allegations would have been a moral dilemma for Mr Hall. The Sixth Core Value concerns morality, integrity, considerateness, generosity and sharing, while the 12th Core Value relates to putting the public and national interest before one's own. But deliberately defaming a person is a breach of the Eighth Core Value, ie, respectfulness of laws.

However, Mr Hall, recognised by the court as acting selflessly in the national interest in previous behaviour, may well have been guided by one of the principles of the Second Core Value -- sacrifice. Reporting what he adjudged to be facts demonstrates adherence to the Second, Sixth and Twelfth Core Values, including honesty, patience, morality, integrity, and the public interest. Moreover, Mr Hall acted morally by inviting Natural Fruit to participate in the research and comment on his report, thereby correctly offering the "right of reply". Natural Fruit refused to answer.

This refusal is troubling. Firstly, the Sixth Core Value implies employers should act with morality and integrity regarding their employees. Indeed, the Sigalovada Sutta lays out clear guidelines for employer-employee relations. Employees should be provided appropriate work, just wages, health care, bonuses, and leave time, in return for which they should rise early, stay late, not steal, work well, and show allegiance. Mr Hall appears to have believed that he found evidence of transgressions of treatment of workers, thus a violation of the intention of the Sixth Core Value.

In publicly reporting the transgressions, Mr Hall incurred risk -- four years in jail and a 200,000-baht fine, as well as a US$10 million civil case. Well acquainted with Thai society, he would have been able to correctly evaluate this risk. Yet, he went ahead with the allegations. Given that the Criminal Court recognised Mr Hall as a moral being, the obvious explanation for this sacrifice was that Mr Hall believed he was upholding the 12th Core Value, to protect the public and national interest. Anyone acting in such a way is of course also protecting the First Core Value -- upholding the nation, religions, and monarchy.