US debates can slice through campaign hoopla
Opinion

US debates can slice through campaign hoopla 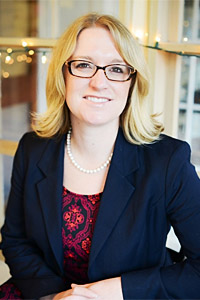 Election analysts expect Hillary Clinton (right, above) to be calm, well-briefed and polished in Tuesday morning's debate, and predict Donald Trump to be brash and impulsive. It should be noted the analysts have been wrong about Mr Trump at virtually every turn. (Agency photos, montage by Bangkok Post Online)

Throughout the campaign, both nominees have used entertainment forums -- from appearances on The Tonight Show starring Jimmy Fallon to cameos on Saturday Night Live to Twitter feeds -- to bypass the mainstream media and bring their message directly to voters in an unfiltered and unchallenged manner.

Presidential debates have traditionally offered yet another media-driven spectacle to highlight candidates' personalities and messages. But this year they actually offer an important opportunity to force both nominees to face a direct media interrogation that each has used their entertainment strategy to avoid.

Though the function of the debates as performance art may seem to play to Mr Trump's strengths, a nominee historically needs to convey substance to be successful. In an election in which the GOP candidate pulls facts from thin air and uses his reality-style campaign show to skirt the issues, debates are a crucial opportunity not simply for Ms Clinton but also for the news media to hold Mr Trump accountable for his outlandish statements and dramatic policy reversals.

The history of televised debates is frequently told in myth and narrative. Two urban myths in particular dominate: How Democratic Senator John F Kennedy's tan triumphed over vice-president Richard M Nixon's sweaty brow in 1960, and how president Gerald Ford lost credibility in 1976 when he claimed Poland was not under Soviet domination.

These frequently invoked stories, neither of which is true, reinforce the belief that style always triumphs over substance. They have served to justify dramatic changes in the role of media in US elections and in the demands of the presidency: On-camera performance as a key qualification for public office, which has heightened the power of media consultants and spin doctors in American political life.

The 1960 Kennedy-Nixon face-off served to demonstrate the importance of visual performance. As false legend has it, voters who listened to the radio broadcast of the debate thought Nixon had won, while television viewers believed Kennedy triumphed.

Historians have been puncturing this myth for more than three decades. That the myth persists shows the power that the public and politicians still believe television performances have.

This belief has reshaped political practices and campaign strategies. But it developed not just from one televised debate performance but from a broader campaign that pit two different media styles against one another.

The debates reflected Nixon and Kennedy's different media approaches. But the memory of the broadcasts, in particular, haunted the former vice-president. Nixon believed they had cost him the election, and, as a result, he chose not to debate his presidential opponents in 1968 and 1972.

More significantly, however, they transformed Nixon's approach to winning the presidency. Media coverage of the debates in 1960 focused on each candidate's message, not their style. Over the following years, however, as political advisers and analysts looked back at Nixon's defeat, they increasingly blamed it on his poor performance in the television debates.

That lesson was learned not just by Nixon, but by the media savvy governor from Georgia, Jimmy Carter.

Ford's 1976 statement about Poland is a story frequently told to remind candidates about negative consequences of a gaffe. When discussing foreign affairs during the debate, Ford boldly defended his record by stating, "There is no Soviet domination of Eastern Europe and there never will be under a Ford administration."

It was, however, not Ford's misstatement, but Mr Carter's ability to swiftly spin Ford's words that ultimately had lasting effect. Ford's comment did not reverberate or offend television viewers that night. Rather, Mr Carter used it as part of his broader argument that Ford lacked competency and qualifications as a commander-in-chief.

By effectively controlling the post-debate media narrative, Mr Carter turned Ford's statement into a serious gaffe. His tactic also caused campaign spin doctors since that election to search for the gaffe or one-liner that could connect to the broader strength of their candidate -- or critique of their opponent.

The rise of 24/7 news generated more opportunities for political commentary about campaign messaging and the importance of spin. The result: The same strategists who advised campaigns also generated the norms of political analysis and commentary on cable news programming.

In this context, both news programs and political parties began pouring even more resources into preparing for debates and setting their parameters. Media advisers now negotiate who takes part, how long each participant speaks, what the podiums look like and who moderates.

In fact, the modern Commission on Presidential Debates emerged during the 1988 election, when the League of Women Voters, which had sponsored the presidential debates since 1976, refused to continue in this role. It pulled out, the organisation explained, because all the pre-debate bickering pushed the night's focus on to performance in a way that was "hoodwinking" the American people.

The establishment of the commission made the debates a campaign ritual. The national stage they provide candidates has reinforced the need for performance skills to try out for the presidency. As such, debates continued to help shape the modern media environment, in which "showbiz politics" is central to political success.

But now, in a campaign that has taken entertainment and celebrity to remarkable new heights, the debates, if executed with care and precision and covered in substantive ways, offer a critical opportunity.

Political journalism has struggled to cover this entertainment-saturated campaign, but today offers a national stage that can bring the fourth estate, rather than entertainment media, back into the election to ask the hard-hitting questions that presidential nominees need to answer.