Let's take a stand against ageism and fight prejudice
Opinion

Let's take a stand against ageism and fight prejudice 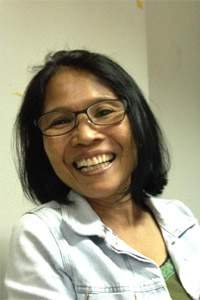 In 1991, the United Nations declared Oct 1 the International Day of Older Persons. This year, the theme is on "Take a Stand Against Ageism."

Asia-Pacific will be home to more than 1.2 billion people by 2050, equivalent to two-thirds of the world's elderly population. In Thailand, it is expected that the population aged over 60 will be around 37%. This rapid demographic shift has raised concerns over the implications to economic growth and public spending on health care and social protection. However, many of the fears overstated. It is a myth that will only turn into reality if countries fail to adapt and take action appropriately. Demographics can change, and so can policy and behaviour.

Ageing is often portrayed in negative terms, with ageism the driving force in distorting the perception of older people. There is a common assumption that older people are weak, useless, lack ability to learn new things and are unable to contribute to society. The reality is quite different. In Thailand, evidence from a health survey shows that most older people (85%) can care for themselves, can support families and contribute to the community. Many older people are carers of their grandchildren, sick and disabled family members, and continue to support families. They are involved in voluntary work in the community, which greatly contributes to economic growth, something often not recognised.

Older people around the world share experiences of prejudice and stereotyping. In some countries, older people experience far greater prejudice than others. Older workers may be overlooked for promotions or forced into retirement when they are capable of staying on in their jobs. In some places, older patients may receive less attention from staff who believe their ailments are age-related.

In Asia, we are seen to be respectful of older people and many countries, Thailand included, are equipped with laws to prevent age discrimination.

But despite the legality surrounding the matter, there are some concrete examples of ageism that can be seen on a daily basis.

Some obvious examples include age-specific criteria in job advertising; communal spaces and buildings are not adequately designed to meet the physical needs of older people and those with disabilities; and the choice of words used to describe older people in the media.

The media reinforces ageism. Youth is glamourised while older people, if featured at all, are often portrayed in negative stereotypes; they are the subjects of ridicule, depicted as being senile or frail.

Such prejudices and stereotypes about age have become ingrained in society to the point where older men and women are unaware of how they are impacting their lives. They fail to battle the prejudice and the stereotypes become the social norm and are acceptable.

Ageism is an issue relevant to everyone. As well as older people being discriminated against because of their age, younger people also experience age-based discrimination.

It is important we all help shape our society so perceptions and assumptions about people are not based on their age.

HelpAge International and the network around the world believe that a single instrument, a new international convention on the rights of older people, is the most effective way to make sure that all people enjoy their human rights in older age, and on an equal basis with others.

By highlighting the prevalence of ageism across the world, we will strengthen the case for a new convention and a need to protect our right to live free from violence and abuse and discrimination in every part of our lives in older age.

Older people are diverse and are not a homogeneous group. We cannot assume that growing older is the same experience for everyone.

We hope that the theme of this year's International Day of Older Persons helps to promote this message and that people around the world start to take a stand against ageism.

"Stereotyping and discrimination against individuals or groups on the basis of their age; ageism can take many forms, including prejudicial attitudes, discriminatory practices, or institutional policies and practices that perpetuate stereotypical beliefs." -- World Health Organisation's World Report on Ageing and Health 2015