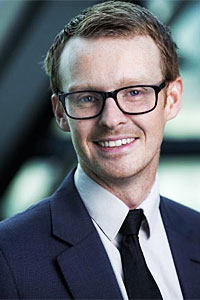 In the wake of the US presidential election result, EU leaders are placing an even greater premium on solidarity. So in this topsy-turvy year, here's another sobering thought to consider: Robust growth of the UK economy since the Brexit vote could be bad news for both the country and the continent.

Let me explain. The economic picture in Britain has thus far been rather prettier than most expected. Output expanded by 0.5% in the third quarter, a far cry from the contraction projected by many. There are good reasons to suspect that Britain is not yet out of the woods, however. Sterling depreciation will have a corrosive effect on household purchasing power and weaker investment spending by businesses, together with slower hiring, is likely to crimp activity -- I expect economic growth to slow further in coming quarters.

But what if I'm wrong?

Imagine that consumers save less than expected, exporters seize the opportunities offered by a weaker currency and companies keep their wallets open. Britain's economy might end up expanding steadily at around its trend rate of growth for the next two years. That would be an astounding feat of resilience and a relief to those who could otherwise have found themselves unemployed. Living standards would still be lower as a consequence of the Brexit vote, thanks to the associated currency movement, but the worst outcomes would have been avoided.

But it's worth asking how that might play into the government's negotiations with the EU. Not well, is my guess.

The EU delivers trade benefits to its members, but some have borne the costs of austerity and other bad policies in recent years. For the union to survive, Greece, Portugal and other struggling countries will have to be persuaded that they are better off inside it than out. One way to do this would be to give these countries more room to address the damaging consequences of austerity. Without more flexibility, they may come to wonder if life outside is better.

Another option would be to make leaving less appealing. If Britain's growth remains healthy, the short-term costs of withdrawal will appear small. For those seeking to preserve the EU, there will be an incentive to demonstrate that the long-term costs of Brexit are big.

Britain is in a tough negotiation position. It's already likely that, unless ground is given on the free movement of people, Britain will wind up with standard tariffs set by the World Trade Organisation. The better Brexit looks, the harder it might be for the UK to secure trade concessions. And with the possible outcomes looking more polarised -- a Norway arrangement or WTO rules, with little in between -- markets will be turbulent as negotiations enter their final rounds.

So while it is pleasing to see the British economy do so well, I fear that the good news now will spell bad news later on. © 2016 Bloomberg View