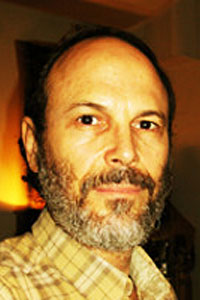 STRESS FREE: 'You can prevent the Alzheimer's pathology from becoming dementia by treating the risk factors and preventing strokes,' says Dr Vladimir Hachinski.

Alzheimer's and dementia can be triggered by small silent strokes caused by high blood pressure, but "birthdays are dangerous" and can be fatal for elderly people, warns a World Federation of Neurology former president.

"So the big news is that you can prevent the Alzheimer's pathology from becoming dementia by treating the risk factors and preventing strokes."

He also authored a book titled Brain Attack and introduced the Hachinski Ischemic Scale as a tool to determine specific forms of dementia, Alzheimer's and senility.

Dr Hachinski was visiting Bangkok to receive Thailand's $100,000 Prince Mahidol Award on Jan 31. It is given annually to two individuals or institutions for their "outstanding and exemplary contributions to the advancement of medical and public health services for humanity throughout the world", according to the award's foundation.

He was president of the World Federation of Neurology from 2010 to 2013.

This year's other award winner was Sir Gregory Paul Winter from England's Cambridge University for his work developing humanised therapeutic antibody technology, which allows antibodies to be used as medicine.

"There is some good news here. It turns out that in the elderly, the genetics don't matter that much," Dr Hachinski said, referring to people who have an inherited risk of developing Alzheimer's because their ancestors suffered from the disease.

"APO-E4 is the most powerful gene that may increase the risk of inheriting Alzheimer's disease. So if you are unfortunate enough to have APO-E4 and then have the high blood pressure, the risk goes way up.

"The good news is that if you control the risk factor, the risk goes way down. So the people who have high risk, have the greater benefit from controlling their blood pressure, exercising and having a healthy diet.

"One percent of Alzheimer's disease is inherited dominantly, and there the genes are very important. But in the elderly, the genes are relatively unimportant compared to environment and what you can do for yourself."

Preventing strokes if the first step. "Blood pressure. This is the most powerful risk factor for both strokes and dementia."

Everyone can try to protect themselves against strokes, dementia and Alzheimer's.

"The strongest evidence shows that physical activity is an all-round good thing to do, to a much greater degree than we thought. And it has all sorts of benefits, not only physically, but this is one of those things that actually improves mental capacity," Dr Hachinski said.

During the interview, the elderly Dr Hachinski refused to reveal his age.

"First of all, on the question of age, a colleague of mine studied whether there was any time, any one day of the year, when you were more likely to have a heart attack or a stroke. And they showed that the one day in the year it's your birthday.

"We published this. This is serious science. And it's because birthdays are dangerous. I stopped having them. So you cannot ask my age.

"We think that stress is, you know, it's only when something bad happens to you. But if you are very happy, you have the same reaction. Your blood pressure goes up. The heart pounds. You begin sweating.

"I have two quotes. One is from Lucretius who was a [1st century BC] Roman writer, and he was describing terror. The sweat and all the rest of it.

"And then I have a poem by Sappho, the [600 BC] Greek poetess, and she describes how she trembles, and her agitation.

"That's the same description. So, being fearful and being in love, physiologically, is the same ... there's stress. Old people don't like surprises because they get stressed."