When textbooks get it oh-so-wrong
Opinion

When textbooks get it oh-so-wrong

Textbooks are meant to inform learners of facts -- not alternative forms of fiction -- on a particular subject. They also provide students with information on things relevant to them, helping them to navigate their lives and make sense of the world.

Unless you're talking about some Thai educational books, that is, that actually serve to misinform or instil backward attitudes into our future gen. I'm not sure whether these textbooks have contributed to our education hitting rock bottom but they sure are -- sadly -- hilarious and in most cases, inexcusable.

1. This cute poster introduces kids to basic English adjectives, along with the notion that African men are ugly. 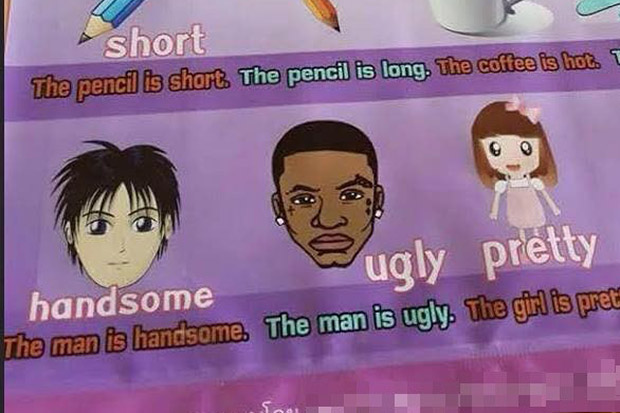 2. This textbook example of a horrible Thai-to-English translation can be found in a children's typing practice book. Noo in Thai either mean rat or is an endearing term an older person uses to refer to a young child; or it's a term a young child uses to refer to themselves when talking to older people. I guess Google Translate isn't sophisticated enough to see the nuance. The correct versions of English sentences shown here should be "What did you cook for me for dinner, mum?" and "I cooked the fried chicken that you like." 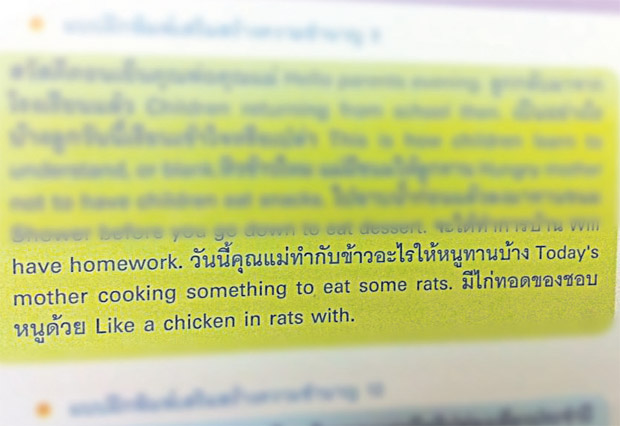 3. Well, I guess the answers are teacheress, businessmen, studentess, waiter and chefess. Is this a trick quiz or something?

4. This book for Matayom 1 (seventh grade) students compares the various aspects of being your own boss and being an employee. I nod along as I read it until I reach number 5 and 8. Number 5 says entrepreneurs receive big profits which motivate them to work harder while employees receive a fixed income, whether the business they work for generates profit or loses money. Well, someone hasn't heard of a pay rise, a promotion or a bonus before. According to number 8, entrepreneurs receive respect and admiration from people while salary earners receive little respect. Was this book written by a rich kid who inherited the company from his dad? 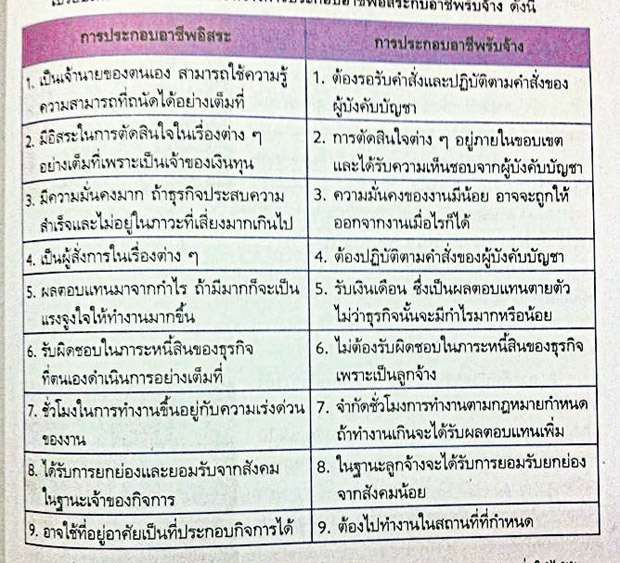 5. A book on health, hygiene and physical education for Matayom 2 (eighth grade) students lists tips on how teenagers should behave towards the opposite gender. And it sounds super sexist. The number 1 tip for girls is to dress politely and never be scantily clad. If they do come across boys when they are improperly dressed, they should not talk to them and they should excuse themselves to put on more clothes before talking to them. The number 3 tip also warns the girls against drinking and smoking and encourages them to keep their poise and grace when they walk, sit or stand. I didn't make this s@#$ up. No similar tips were suggested for the boys. It's 2017 for Buddha's sake.

6. A book on health and hygiene for Matayom 1 students dedicates one section to describe sexual deviation as an abnormality in respect to sexual attraction, attitudes and behaviours which are inappropriate and different from the majority of people in society. It goes on to say that sexual deviation stems from an abnormal mental state which causes people (acting "sexually deviant") to be unable to control themselves. Also, there are some tips for people who happen to have homosexual friends. The book suggests not to be upset and cut the good judy out of their lives, but instead to keep them at a distance when they show romantic interest.

Way to go on assuming that all gay people are sexual predators. Now, do you still think Thailand is truly LGBT-friendly? Huh?

Sorry, if you feel more dumb. I certainly do.