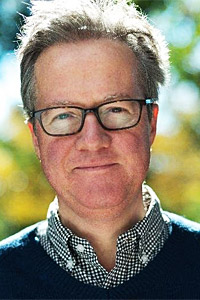 Party poopers in the media immediately pointed out that this couldn't possibly be true, given that total employment in coal mining was just 51,000 in May. According to the Bureau of Labour Statistics, that's up 1,700 from October and up 400 in the month of May. These numbers are, just to be clear, a lot smaller than 50,000 and 7,000.

When I asked the EPA about this, the response was that overall employment in mining (which includes drilling for oil and gas) had increased by 47,000 since October. This is true (and mining employment was up 6,600 in May), but that's not the same as coal-sector jobs, of course, although to his credit Mr Pruitt has since kinda-sorta corrected himself: "We've had over 50,000 jobs since last quarter -- coal jobs, mining jobs -- created in this country. We had almost 7,000 mining and coal jobs created in the month of May alone."

That's still a bit misleading, given that coal was responsible for only a fraction of those gains, and that the rise of another mining sector -- natural gas, which is displacing coal as the main fuel used in electricity generation in the US -- was surely responsible for a large share of the nearly 40,000 coal-mining jobs lost since early 2012. But Mr Pruitt was making his point in the context of a discussion about his boss's decision to withdraw from the Paris Agreement on climate change, and given that more than two-thirds of US mining-sector jobs involve extracting things that throw off carbon dioxide, it wasn't irrelevant to that discussion.

The guiding motivation of the Trump administration's energy and environmental policies so far seems to be that jobs in natural-resource extraction are really important, so pointing out that there are almost 50,000 more of them than before Mr Trump was elected is a natural enough thing to do. It also leads to the natural response that the wind and solar energy sectors employ even more people. A Department of Energy report from early this year estimated that solar power generation accounted for 373,807 jobs, compared with 160,119 for coal and 309,993 for natural gas. Oil still came out on top at 515,518 jobs, though.

Then again, as Business Insider's Josh Barro put it last week: "How should we evaluate energy policy instead? Well, one way would be to look at the energy sector's contribution to gross domestic product: The US mining industry (which, again, is about two-thirds fossil fuel extraction) accounted for 1.4% of GDP in 2016 and has been fluctuating around an average of 1.9% since the 1940s. Utilities, meanwhile, accounted for 1.6% of GDP in 2016 and have been at about that level since the early 2000s."

Energy's most important contribution to the economy, though, is what it enables other industries to do. Cheap, reliable energy is of great economic value, and coal is definitely cheap and reliable. One 2006 study by Penn State University estimated that displacing 33% of coal-fired electric power generation by 2015 would cost the economy US$166 billion a year (1.3% of GDP at the time) because of job losses and higher fuel costs. In fact, coal use in electrical power generation did drop 33% from 2006 to 2015. This almost certainly didn't cost the economy $166 billion a year, though, because that estimate didn't anticipate that natural gas prices would plummet thanks to the fracking boom, or that wind and solar power prices would fall as much as they have. It's difficult to make predictions, especially about energy prices.

Finally, there's the environmental cost imposed by fossil fuels. A 2011 study by economists at Middlebury College and Yale University estimated that pollution from coal power caused 2.2 times the dollar value in gross external damages (mainly through the negative health effects of sulfur dioxide emissions) than coal-fired generation added in economic value. That's not counting the potential effect of carbon-dioxide emissions on the climate; including them upped the ratio to 2.83. Natural-gas-fired generation caused direct gross external damages of just 0.34 of its value added; 1.3 if you factored in climate change.

All these estimates are approximations with big margins of error and much room for debate. They can also be maddeningly abstruse (I'd like to see somebody try to discuss gross external damages and economic value added on Meet the Press). So we end up tossing around jobs numbers instead. Which makes it important that we get them right. (BLOOMBERG VIEW)