First they came for the net idols
Opinion

First they came for the net idols

The always interesting National Broadcasting and Telecommunications Commission (NBTC) made a new power play last week. It will go a long way to negate the constitution's already somewhat nominal "liberty to express opinion ... by any means".

Col Dr Natee Sukonrat, who knows what he's doing and has plenty of experience at it, said he wants internet streaming to be competitive with TV broadcasting by registering and paying taxes. Maybe. What he wants, however, is total control of all content of all internet streaming. In what is arguably the greatest single irony of 2017 he calls it "over the top".

OTT aka over-the-top is an actual acronym meaning direct-to-internet content, specifically audio and video. YouTube, Facebook Live, Line TV and the like are the big players. When Col Dr Natee and his agency say "OTT" they mean whatever streams onto your smartphone or tablet. 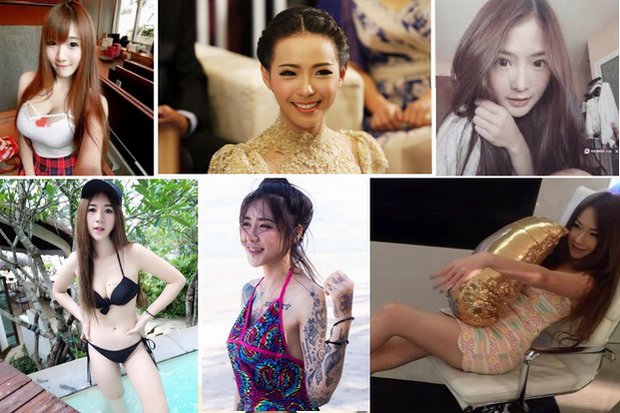 Internet World Stats says there are 47 million Thai accounts on Facebook or, as everyone seems to call it, Eff Bee. Analytics experts Thoth Zocial says that is up 15% in 12 months. Thailand is No.20 in the world for overall internet use, but No.8 in the world on FB. Facebook is where the power is: political, social, economic, opinion-making power.

According to the stats wizards at Socialbakers.com, YouLike is the nation's No.1 Facebook destination. Pretty much an all-video site, with an emphasis on crime, violence, CCTV and sob stories, it has 13.4 million followers. The egotistical Tanichitan featuring Tan, its saluting captain logo, has 13 million fans who comment and share, literally by the hundreds, every post. The young-adult morning news of Channel 3 has 11.3 million streaming fanatics.

No English or other foreign-language pages are in Thailand's most-popular Top 50. Five Thai Facebook pages currently have more than 10 million followers each. No.5 is the actor Mario Maurer, followed by 11 million doting fans. Which brings us to net idols, of which Khun Mario is not one. No, really. There is an actual classification. Mario is a "personality" and then come idols and then pretties, who are shameless. The top male idol is business owner @wonjipondz with a measly (yes) 68,500 followers. Boys don't rank.

Net idols who really count are girls. Unlike personalities who have achievements and pretties who have jobs (No.1 pretty Ying Yae is a lifestyle blogger), idols gain fame by being famous.

Go ahead. Scope out alicebambam (910,000 followers) and pockyminggy (375,000). There is Mungkaw "Welcome to the world of my boobs" Ka who has a permanent 331,000 fans. Punyaphat Pongsub aka Ley had 1,132,884 followers as of press time because -- and we are selecting her very top life-accomplishment for praise -- she has tattoos.

The government, the junta and Prime Minister Prayut Chan-o-cha all steer clear of Facebook, Twitter and Instagram. The government has an Android and an iPhone app for ThaiGov, the slowly eroding website where you can find the latest output from handsome celebrity spokesmen, including the Minister of Truth. The apps allow citizens who install them to keep up to date on government information, achievements and the like.

Nearly dozens of people have installed them on smartphones, iPhones and tablets. At the Google Play store, the top ... well, the only comment is by the social critic psYchosis, who gives ThaiGov five stars and a very informative review, reprinted here in full: "Good".

An email from the very active Asian Legal Resource Centre was delivered to Page 2's global headquarters last Thursday. The subject was, and we quote, "States that crush right to peaceful assembly and democratic struggles". The red-meat part began: "Thailand, in particular...".

Ahead of China. Which is some sort of achievement.