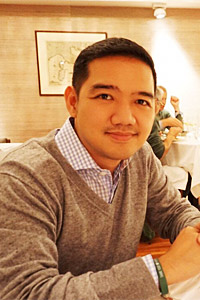 In 2016, the industry accounted for almost 18% of national GDP and employed 11% of the Thai workforce. Compared to our peers, Thailand's tourism industry contributes a high ratio of our national GDP, but employs less people comparatively. This shows the tourism industry's productivity is high and there is more potential to increase tourism receipts, if human capital dedicated to the industry is increased on par with neighbouring countries.

Despite its potential, there is much more that can be done to make our shores even more attractive to tourists. But to get there, we must analyse the shortcomings.

As the recent whitepaper "Insights on digitalisation of Thailand Industry", published by the government, shows, tourist arrivals are heavily focused in popular destinations such as Bangkok and Phuket. Of the 77 provinces in Thailand, eight have more than four million visitors annually, but a staggering 46 have less than a million; more than half the total provinces.

This overconcentration of visitors in selected provinces brings about several issues. In places overwhelmed with tourists, sustainability is an issue, as demonstrated by the environmental damage that has affected parts of southern Thailand. This would discourage future tourists as the natural beauty fades and news of overcrowding spreads, which would halt incomes of businesses dependent on tourists.

For under-visited places, the benefits of tourism dollars have not equally reached those areas. This has implications beyond livelihoods. It means the infrastructure in these provinces will continue to be stagnant and reduces prospects of its residents to improve their standard of living.

Based on historical trends and forecasts, there is no doubt that tourism arrivals and receipts will continue to rise healthily. To ensure Thailand's tourism industry can sustain these ballooning numbers, tourist arrival numbers can be spread more evenly. This must be initiated -- and fast -- because the Thailand brand must remain coveted by tourists for industry longevity.

To achieve this, efforts must first be made to diversify tourism attractions in both established and under-visited provinces. In addition to the 46 provinces with less than a million visitors, there are 15 that have between one to two million visitors that could host new attractions. Existing attractions without optimum visitorship could be revitalised and promoted again. The variety of natural and man-made attractions would serve returning tourists well; the majority of whom, are from Southeast Asian countries and China.

Second, where possible, local communities must be involved in tourism and attractions. There should be a creation of co-ownership, where local communities have a stake in the success of the attractions, which can prolong their sustainability. From the point of view of tourists, it would provide a native and authentic experience that cannot be replicated elsewhere. This would include local food, culture, products and lifestyles. These kinds of authentic experiences curated specially for tourists can be found in Japan and Korea, where tourists are even hosted in homestays so that they are fully enveloped in the local experience.

Third, diversification and creation of new attractions must fall back on the digital initiatives outlined in the government whitepaper published earlier this year. Digital technologies will not only promote new attractions, but also play a big role in improving the sustainability of the existing ones. For instance, online queuing systems can communicate to interested tourists whether spaces are available for natural attractions that can accommodate only limited traffic, such as national parks, caves and canyons. This would improve preservation of natural treasures.

Digital technologies can enable businesses dependent on tourists to improve monetisation too. Payment technologies enable them to run a sustainable business by enabling tourists to pay direct, thereby removing the middlemen. With steady and sizable incomes, they can reinvest in their own business to keep the experience authentic and worth revisiting.

In an accessible industry filled with consumer indecisiveness, ever-changing trends and near-infinite variety in destinations, diversity is paramount to Thailand's tourism industry's long-term sustainability. Industry players must continue to harness digital technologies to enrich tourist experience before their trip begins and after it ends, to make tourism in Thailand a distinct destination of choice.

Chanchai Tanatkatrakul is Principal at Roland Berger, a business consulting firm which co-developed with Huawei the recent whitepaper 'Insights on Digitalisation of Thailand Industry' for the Thai government.

Chanchai Tanatkatrakul is Principal at Roland Berger, a business consulting firm which co-developed with Huawei the recent whitepaper 'Insights on Digitalisation of Thailand Industry' for the Thai government.