Asean must show its mettle over the Rohingya crisis
Opinion

Asean must show its mettle over the Rohingya crisis 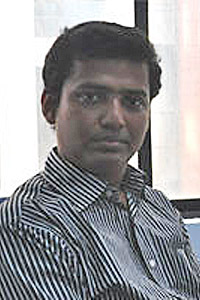 Though weeks have passed, the latest wave of atrocities on Rohingya has not shown any signs of tangible improvement.

As the rest of the world has failed to act decisively, the Myanmar authorities have merrily continued their rampage, and only now engaged in talks which may best be described as ceremonial while making futile promises such as the repatriation of Rohingya which would likely only have a symbolic or minuscule impact. The deplorable state of affairs which the Rohingya in is already well-documented. This write-up will try to highlight that apart from the direct victims of the atrocities, the interests of many others are also in jeopardy due to the inhumane treatment of the Rohingya.

After the Rohingya victims, the second most affected groups are the government and people of Bangladesh, particularly the people of southeastern Bangladesh where Rohingya mostly take shelter. While overall, the public in Bangladesh feel strongly about the sufferings of Rohingya and many have extended their help, there is always an undercurrent of tension and unease about the entry of hundreds of thousands of Rohingya into Bangladesh. When many in the most developed economies harbour hostile attitudes towards persecuted people seeking refuge within their borders; for a densely populated, economically backward country like Bangladesh, such a concern is unsurprising. The longer the status quo prevails, concerns about the strain on local resources and infrastructure will gain stronger momentum.

This would be further fuelled by some stray incidents of desperate Rohingya engaging in criminal activities which would be highlighted by sensational journalism by some in Bangladesh and would be rehashed by propagandists on social media where wild claims can easily be passed off as facts. As is generally the case with propaganda, much of it would be simplistic.

The common people of Myanmar have not shown any real concern for the Rohingya whom apparently many perceive to be intruders, not citizens. However, the wider population of Myanmar needs to wake up and realise that there is no end to the marginalisation of ethnic minorities by a brutal dictatorial regime. While today it may be the Rohingya that are experiencing the wrath of the regime, tomorrow it may be another group. The brutality perpetrated on the Rohingya may also dehumanise people and desensitise them to violence. And for sure, this would corrode Myanmar's future as a member of the international community which may also have an impact on the future flow of foreign investment into the country.

The regional powers such as India, China and Russia's mission for strategic economic gains through the appeasement of the Myanmar authorities may have short-term imperatives; but they may not be lasting ones. In particular, the brutalities on the Rohingya may be used by Muslim extremist groups for inciting many disillusioned young people. Thus, the appeal of the extremist groups may increase. And there may be a potential influx of opportunist racist attacks on Buddhist communities in their own backyards. For sure, any such condemnable attack may stir up communal conflicts and threaten the peace and stability in many parts of Asia. The looming prospect of these should be disconcerting for both India and China, both of which already face formidable separatist movements within their own borders.

Indeed, the Myanmar authorities' disdain for international law is manifested not only in their persecution of Rohingya. The persistent violation of the airspace of Bangladesh by the authorities of Myanmar is also palpable. The utter disdain that the Myanmar military is showing to international law, if it remains unrestrained, is a threat to peace and stability in the region. It may not be far-fetched that they would, in the not too distant future, appear as a real menace not only to the Rohingya or the greater population of Myanmar but also to other countries in the region.

The story of the regional economic integration of Asean is a remarkable one. From a loose club-like association of states, Asean is now possibly the third most economically integrated region in the world, just after the European Union and North American Free Trade Area. Considering the economic and other diversities of the group of Asean states, their progress on regional economic integration is considerable. However, it may not be too late for the Asean leaders to recognise that non-interference in the internal affairs of member states should no longer hold due to the treatment of Rohingya. After all, the World War II has shown the world that persistent violation of human dignity within a state's borders may not take too long to pose a threat to the peace beyond them.

If Asean continues to play no role in this issue, its external image will continue to take a beating. With the United Nations sitting like a lame duck, it is perhaps the member states of Asean who are best placed to exert tangible and credible pressure on Myanmar. For all these reasons, it is imperative that world powers exert real pressure on the authorities in Myanmar. Otherwise, well-meaning or diplomatic words about the atrocities may continue to fall on deaf ears. While humanitarian relief to the Rohingya may mollify our conscience, it fails to make a real difference to the root of their sufferings.