'Champs' emerge as barriers go up 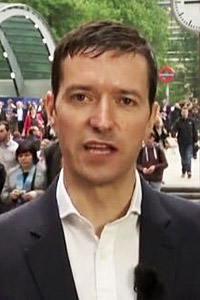 If the 40-year wave of globalisation is now giving way to a rising tide of protectionism, the outlook for national and regional champions is brightening.

These companies are most likely to be in sectors that enjoy explicit if not implicit government backing, and are those best positioned to increase domestic market share in a world where barriers to trade and markets are going up, not coming down.

Early signs of these trends may already be starting to emerge as the de-globalisation drift deepens, with the Trump administration's "America First" world view sowing doubt over how global trade will evolve in the years and decades ahead.

It's almost a year since Donald Trump's shock US election win. In that time he has withdrawn the United States from the Trans-Pacific Partnership (TPP), threatened to withdraw from the North American Free Trade Agreement (Nafta) and chided Germany for its huge trade surplus.

And at a micro level a trade dispute between Boeing and Bombardier threatens thousands of jobs at the Canadian planemaker's plant in Northern Ireland. UK Prime Minister Theresa May has spoken to Mr Trump about the issue.

Merger and acquisition data from Thomson Reuters shows the value of intra- and inter-EU deals in the nine months to September jumped 68% to US$344 billion, the highest since 2008.

The value of inward M&A into Europe from overseas also rose Jan-Sept, but nowhere near as much. It edged up 1% to $178 billion, only the highest since 2015, and inbound flows excluding Chinese acquisitions rose four percent to $153 billion.

The picture in the US is a little less clear cut, but still points to a general trend of home-grown deal-making.

"These are the firms that will see a rise in domestic market share and enjoy possible government support," he said. "M&A is likely to be more intra-regional, especially in Europe.

Until recently, Europe was a collection of countries. But people now, including EU policymakers, see a more pan-Europe."

Mr O'Sullivan expects cross-border ventures in European technology and rail to spread. Banking, he said, is ripe for consolidation over the next five years, particularly among the big European banks with strong balance sheets.

Deutsche Bank analysts argue that last year marked the "the peak, and likely unwind of globalisation" that has driven and shaped the world economy since World War II.

There is "compelling evidence" that the freedom of movement of goods, people and capital across the globe are all being reversed.

The shift towards unilateralism is most prevalent in places that have been the biggest drivers of globalisation.

That's more than any other country by far, and more than double second-placed India, which has adopted 105 protectionist measures.

Britain, Italy, Germany and France were all in the top 10, while China was in 11th place. Reuters