Why US shouldn't send arms to Ukraine
Opinion

Why US shouldn't send arms to Ukraine 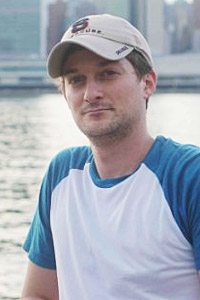 The US National Security Council is reported to be on the verge of recommending the export of US$47 million (1.5 billion baht) worth of defensive arms to Ukraine. The package will reportedly include a cache of Javelin anti-tank missiles, weapons that would reliably and efficiently disable the hundreds of tanks that Russian-supported separatists in the country's east have acquired since the conflict began.

To advocates who believe that sending weapons to the Ukrainian government will bloody Russia's nose and send President Vladimir Putin a message, this pending decision couldn't have come soon enough. Arming Kiev is a popular prescription supported by top military officers and many lawmakers in both parties.

Popular, however, doesn't mean smart. Opening up America's stockpile to Ukraine is not in Washington's national security interest. In fact, it is bound to make a conflict that is mostly frozen into a more deadly one and it complicates any reasonable chance of a diplomatic resolution.

While it may be uncomfortable to admit, the political orientation of Ukraine and how Ukrainians choose to manage (or mismanage) their economy and political system doesn't directly affect the United States. As Rajan Menon and William Ruger wrote in Foreign Affairs magazine last month, "Ukraine matters more to Russia than it does to the United States."

To Washington, Ukraine is a post-Soviet state whose oligarchic politics and systemic corruption have severely handicapped the country's economic outlook. US security interests in Europe are not wedded to whether Kiev succeeds in establishing a more democratic and accountable form of government. Ukraine is a peripheral country that the United States doesn't have a treaty obligation to defend.

To Mr Putin, however, Ukraine is an integral puzzle in his grand strategy of making Russia as relevant a global player as it was during the Cold War. A wholesale Westernisation of Ukrainian politics, from associations with the European Union to a possible membership in Nato, would destroy that ambition and ruin a significant portion of Mr Putin's political legacy. Indeed, the possibility of Ukraine increasing its trade relationship and political direction with the United States and Europe was enough of a national security threat to Mr Putin that he was willing to deploy Russian soldiers, paratroopers, and special forces on Ukrainian territory to carve out a zone of influence there. Mr Putin's belief that a Russian-friendly Ukraine is a national security imperative for Moscow won't be changed by a couple of dozen anti-tank missiles from the United States.

The second concern for the Trump administration is how Mr Putin might respond to any escalation. As former National Security Council official Charles Kupchan argued in the Washington Post: "The notion that Russian President Vladimir Putin would give up his hold on Donbass [Eastern Ukraine] if a few more Russians come home in body bags is to dramatically misread the Kremlin." Yet this false assumption is what undergirds the arguments from proponents of lethal assistance to the Ukrainians.

It's impossible to understand why some US legislators are so confident that Moscow will react in the way they expect. The three-and-a-half year long war has shown that Russia is ruthless in escalating its involvement and investment in the conflict to prevent a military victory for Kiev. In fact, to expect that Moscow would respond to more Russian casualties by suing for a peace settlement is to ignore completely how Mr Putin has behaved since Russia's 2014 invasion of Ukraine.

When separatist units in Donetsk and Luhansk were losing ground to pro-Kiev forces early in the war, Russia came to their rescue. In the summer of 2014, when pro-Ukrainian troops were retaking towns that Kiev previously lost, columns of Russian tanks, artillery, heavy weapons, and soldiers crossed the border into Ukraine to ensure that there were no more Ukrainian territorial advances in strategic areas. When the stalemated battle in the city of Ilovaisk was slowly moving Kiev's way, conventional Russian soldiers and weapons were fast-tracked to the frontline in what would turn out to be one of the deadliest days for Ukrainian troops in the war.

Months later, when the separatists were in jeopardy of retreating from the strategic town of Delbatseve, Russian tanks were deployed and quickly forced an undermanned, disorganised, demoralised and tired contingent of Kiev forces to withdraw. There's no reason to think Mr Putin would respond less violently if Washington sent defence shipments to Ukraine.

The most negative impact of additional US involvement is that it will likely spoil Moscow's willingness to cooperate on a Ukrainian peacekeeping proposal. While Moscow has insisted that the 2014 and 2015 Minsk protocols are the only way the war in Ukraine can end peacefully, Mr Putin has openly acknowledged that there may need to be greater international involvement if that peace is to be sustainable. He broached the subject of deploying UN troops along the contact line this September and even agreed to explore greater access to peacekeepers in separatist-controlled territory after a call with German Chancellor Angela Merkel. This is being discussed within the Trump administration and between US and Russian special envoys.

A White House authorisation to send equipment to Kiev could stop that dialogue. It's difficult to understand why the United States would escalate the war when there may finally be an opening to explore a UN-enforced cessation of hostilities that could lead to a political settlement to the conflict.

The Russians could respond to increased US involvement in Ukraine in other ways too. Moscow could, for example, use its veto power in the UN Security Council to block US-led efforts to stop North Korea's nuclear programme. Mr Putin could expand military and intelligence cooperation with Iran to undermine the Trump administration's policy of containing Iranian expansionism.

The costs to the US of turning Ukraine into a proxy war against Russia overshadow the benefit of increasing Moscow's casualty count. Sending arms to Kiev will do very little to help resolve the conflict. Sometimes the best course of action for the White House is not to get more involved on issues peripheral to American grand strategy. - REUTERS

Daniel DePetris is a fellow at Defense Priorities.

A fellow at Defense Priorities

Daniel DePetris is a fellow at Defense Priorities.