China may soon kill micro-lending, but it shouldn't
Opinion

China may soon kill micro-lending, but it shouldn't 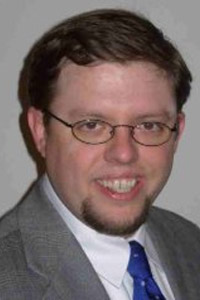 PPDai is the leading online platform for peer-to-peer, small unsecured loans in China, and listed on the New York Stock Exchange earlier this month. (Photo via LinkedIn.com/PPDai)

In their bid to reduce risk, China's financial regulators are cracking down on a promising business: online micro-lending. Although the industry has some serious problems, killing it off would be a big mistake.

Last week, state media announced that broad changes were coming to the sector, on the orders of the State Council's Financial Stability and Development Committee. Approvals of new lenders have been halted, and existing firms are likely to be severely curtailed.

To an extent, this crackdown reflects valid concerns. Growth in micro-lending has been explosive in recent years. Outstanding loans offered on peer-to-peer platforms ballooned by 256% from October 2015 to the same month this year, reaching a total of 1.2 trillion yuan. Although still small in relative terms -- less than $150 billion worth of lending in a $40 trillion financial-services market -- the industry presents some growing risks.

One is abusive lending practices. The official index rate for P2P loans hovers at about 10%, but many recently listed micro-lenders offer annualised rates approaching 40%, with some less scrupulous firms making offers that top 100%. The phrase "consumer protection" rarely enters the lexicon of Chinese regulators, but in this case they do seem concerned that too many people are getting in over their heads.

A related concern is loan quality. The proliferation of platforms and the enormous growth in balances suggest that some essential aspects of lending -- due diligence, internal controls, credit checks -- aren't being carried out prudently.

That's all the more concerning given that most of the loans are unsecured. Stories of bike-sharing companies leaving users without their deposits and P2P platforms resorting to Ponzi schemes have become alarmingly common.

Given these risks, why are so many people looking for loans outside of the traditional banking system?

One reason is that China's state-owned banks simply aren't meeting consumer demand. With little real competition, they've tended to treat customers as captive deposits while lending mostly to other SOEs. In response, China's rapidly growing consumer class has started turning to online platforms offering higher returns, while entrepreneurs have turned to micro-lenders when they need credit. New bank deposits are down 9.1% since October 2016.

This suggests that China's regulators should proceed with caution: Micro-lending, for all its problems, really does have a lot of advantages.

Most obviously, it's giving consumers greater choice in products that they want. It's also a potential boon for small businesses that might have been shunned by the big banks. But the real benefits of micro-lending are likely in the future.

Some Chinese fintech firms, for instance, are developing data analytics that would put banks in richer countries to shame. A Chinese credit analytics firm accessing a typical WeChat profile will know what you spend, where you spend it, and who you spend it with, on top of being able to infer a wealth of other insights from the rich data available. Given time, well-managed micro-lenders could make great use of such tools.

It would be a shame if regulators shut them down. But the government seems more likely to apply a sledge hammer to this industry than a scalpel. The plans announced last week imply that only lenders with significant financial backing will be left standing, likely meaning either state-owned firms or major tech companies such as Tencent Holdings Ltd.

For all the government's talk of promoting innovation and entrepreneurship, it is reverting to the familiar pattern of selecting favoured firms and putting the rest out of business.

A better approach for regulators is to be precise about what practices won't be tolerated, but to otherwise have an open mind. Requiring audited financial statements, along with capital reserves to cover losses by investors, would be a good start. Encouraging fair competition between established lenders and startups should also be a priority.

State-owned behemoths aren't responsive to market demand, use antiquated technology and generally interact poorly with their customers. Smaller and nimbler private firms have revolutionised this landscape and should have the right to compete on a level playing field.

China deserves credit for trying to address serious problems in the micro-lending business. But by being too aggressive, it risks destroying a promising industry that's filling a real consumer need. Put on stronger footing, micro-lending could have benefits no one has even thought of yet. - BLOOMBERG VIEW

Christopher Balding is an associate professor of business and economics at the HSBC Business School in Shenzhen and author of 'Sovereign Wealth Funds: The New Intersection of Money and Power'.

Chistopher Balding, PhD, is an associate professor of business and economics at the HSBC Business School in Shenzhen.