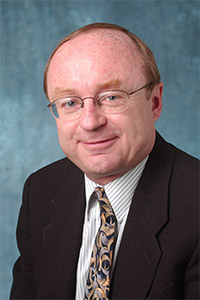 One of the first acts of US President Donald Trump's administration was to announce that the United States would withdraw from the Trans-Pacific Partnership (TPP), the massive free-trade agreement among 12 countries of East Asia and the Pacific.

This decision was badly flawed for, in one fell swoop, it diminished American economic leadership in the most dynamic part of the world for a generation and sacrificed the substantial commercial gains the TPP would generate.

Not only did the TPP cut tariffs on more than 18,000 product lines, it rationalised rules of origin, significantly upgraded standards in digital trade, intellectual property, labour and environmental protection, instituted a process for liberalising many service sectors, and improved the system for settling investment disputes.

US trade policy now rests on the markedly mistaken theory that the United States will do better negotiating new bilateral trade agreements, one at a time, than forging major pacts with both massive geographical reach and the potential to make regulatory systems more efficient, as would have been the outcome of TPP.

The withdrawal was also seismic because, with America pulling back from its traditional role of leading progress toward multilateral and regional trade cooperation, the world and the Asia-Pacific region face a major policy vacuum, one filled with potential dangers.

The remaining 11 countries that negotiated the agreement understand this, and are making progress on drafting a "TPP 2.0" among themselves, spearheaded by Japanese Prime Minister Shinzo Abe. This is a difficult process, not least because, for many participants, the primary attraction was guaranteed preferential access to the massive US market, a benefit that prompted agreement with many controversial provisions in the original. Indeed, estimates suggest that the regional economic gains will be far smaller for participants in a diminished TPP.

But even bigger questions loom: Should intellectual property standards be softened, as Vietnam and Canada prefer? Should a new chapter on e-commerce and data privacy be established? And should the original schedule of tariff cuts remain intact, or renegotiated?

Privately, many member-nations hold out hope that the United States eventually will have a change of heart and join the agreement, meaning that it will not be revised radically from its existing provisions. Nonetheless, even a modified agreement bears promise for improving trade relations and boosting growth in the region, especially if additional countries, such as South Korea, choose to join in the near future.

However, the path that regional integration takes, and the impacts it has, depends critically on another overwhelming complication: China.

China is unlikely to join a TPP 2.0, although Beijing monitors its evolution with considerable interest. The reason is clear: The US withdrawal presents China with an immense opportunity to take the lead in reshaping regional trade and investment relations in terms more to its liking.

China also dominates negotiations on another trade megadeal, the Regional Comprehensive Economic Partnership (RCEP). This pact would stretch across China, the Asean countries, as well as India, South Korea, Japan, Australia and New Zealand, making it geographically comprehensive in Asia. It is nearing completion but major sticking points remain, especially in market access for goods and services.

The RCEP differs significantly from TPP 2.0 -- primarily because the economic and strategic interests of China and India take far more weight in the former than do those of small emerging economies in the latter. Thus, the RCEP procures less market opening and there are marked variations in intellectual property protection, digital trade regulation, social protection standards, treatment of state-owned enterprises and other areas.

These differences mean that the RCEP and TPP 2.0 represent a complex choice for Asian economies. While it is possible that both agreements will be implemented, that outcome would raise serious policy disconnections for countries joining both, while raising confusion across the region about inconsistent regulatory standards. Fundamentally, offers China an unprecedented opportunity, along with its belt-road infrastructure initiative, to shape the future of Asian (and, therefore, global) economic relations. A preference for the RCEP would cement an agreement with lesser regulatory standards and a more opaque approach to trade and industrial policy, but one driven by Beijing.

Alternatively, China could strive to join the new TPP, inevitably bending its arc toward regulatory modernisation but accepting a policy framework that still bears promise for attracting Pacific Rim participants in the future, including eventually the United States. The latter would be the preferred outcome for ensuring regional economic progress and stable international relations.

Absent the United States, China becomes the essential market and source of dynamism in the region. Countries are turning their eyes toward Beijing for leadership. The future of Asia-Pacific integration hangs delicately in the balance. THE MARK NEWS

Keith Maskus is an Art and Sciences Professor of Distinction in Economics at the University of Colorado Boulder.

Keith Maskus is an Art and Sciences Professor of Distinction in Economics at the University of Colorado Boulder.

When the Streetlights Go On