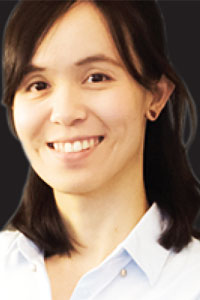 In the North, businesses can most easily begin to adapt to the climate change threat and the rising temperatures that are forecast. (Photo provided)

International tourists who are familiar with Thailand are likely to have opted to visit popular destinations such as Bangkok, Pattaya and Phuket but Thailand is a vast, variegated land that rewards further exploration. Northern Thailand is one of the most alluring destinations outside of Bangkok as this region offers a staggering range of amazing destinations.

The rolling hills, sweeping mountains, lush green forests and nature, and rich melting pot of cultures make northern Thailand one of the most engaging places to visit. At the end of 2016, the tourism revenue of northern Thailand stood at 158 billion baht, with 72% coming from domestic tourists and 28% from international ones. Average expenditure among tourists in 2016 was 2,593 baht per person per day. Therefore, the tourism sector has been one of the major driving forces of the North's economic development.

Kannika Thampanishvong, Ph.D. is a Research Fellow at the Thailand Development Research Institute (TDRI). Policy analyses from the TDRI appears in the Bangkok Post on alternate Wednesdays.

Northern Thailand is cooler than the rest of the usually sweltering country and thus particularly popular between November and February. The temperature can get really cool in this region in this period, especially in the mountains, where tourists can experience the beauty of mist and winter flowers.

In addition, many small villages are filled with locals who live life far differently to Thais in big cities. The culture of this region has been inspired by Lanna, Karen and other indigenous ethnic groups, providing tourists with a noticeably friendly and vibrant atmosphere. Trekking tours to the hill tribes, such as the Mae Sariang, can offer a unique, memorable experience for intrepid explorers.

Given that northern Thailand also shares borders with Myanmar and Laos, it is possible for tourists and visitors to see these borders, such as at the Golden Triangle, which is the meeting point of Thailand, Laos and Myanmar on the confluence of the Mekong River.

For those who want to opt for religious destinations, northern Thailand contains a wealth of Buddhist temples built in various architectural styles including Lanna Thai, which dates back to the era of the Lanna Thai Kingdom. Wat Phra Singh in Chiang Mai is one of the many magnificent temples in the region that boasts Lanna Thai architecture. In overall, although northern Thailand is landlocked and mountainous, the region still tops the list of favourite tourist destinations.

It is, however, important to highlight that many tourists choose to visit the region between November and February to enjoy the cool weather. For example, in the case of Chiang Mai between 2003-2007, July to August and October to February were the popular seasons for tourism in Chiang Mai, with the seasonal index exceeding 100, and the index peaking in around December. In the case of Chiang Rai, using tourist visitor data from 2011-2016, the peak in the average seasonal index is in December and January, with indices of 136.59 and 136.72, respectively. These analyses clearly demonstrate that tourism in northern Thailand is highly seasonal and relies heavily on the cool climate.

What would happen to northern Thailand's tourism prospects if we were to take into account the impact of future climate change? According to climate scenarios, it is forecasted that between 2050-2069, the average annual temperature in Chiang Rai is likely to increase, while the number of cold days will have a tendency to decline significantly. Rising temperatures and a reduction in the number of days with cool temperatures could close off the window of opportunity for northern Thailand's tourism.

This is, in fact, aligned with a speech given by Somrudee Charnchai, the head of the Tourism Authority of Thailand's Northern Region Office, when she said that local start-up companies should join hands with public authorities in creating inspiring travel and tourism and attracting tourists to visit the region during the out-of-season period. New activities and attractions should be promoted, such as the beautiful Mae Hong Son rice terraces, the Royal Projects, soft-adventure activities and cultural ceremonies, which can be visited all year round.

A properly presented "story" can lead towards sustainable tourism, creating a competitive edge and making visits to the region vibrant and memorable. By adapting northern Thailand's tourism strategies, the region can become more resilient to the changing climate in the future.

From Dutch Tulips to Internet Stocks, How to Spot a Financial Bubble

About 300 years ago, financiers in Europe found themselves agog about the financial prospects of novel trading companies granted special rights in international commerce by the governments of France and England.