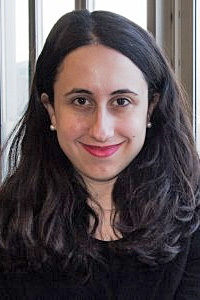 On Tuesday morning, President Trump tweeted, "Mike Pompeo, Director of the CIA, will become our new Secretary of State." Unfortunately, both the choice and the tweet send the wrong message to the rest of the world about how the US plans to conduct itself at home and abroad.

First, choosing someone from the CIA for the post suggests that the State Department will pursue its goals using the kinds of tools wielded by the intelligence community -- like spycraft and subterfuge -- rather than through traditional diplomacy. Foreign governments will likely be especially concerned that Mr Pompeo has a record of advocating the use of dubious measures abroad.

For example, as a congressman, PMr ompeo argued that "enhanced interrogation techniques" used by the intelligence agency in terrorism investigations were legal, even though Human Rights Watch describes them as "forms of torture" which were previously prohibited under international and US law. (During his confirmation hearing to become CIA director, he later said he would refuse to bring back the techniques.) Mr Pompeo also supported the continuation of secret "black site" prisons abroad, where such techniques were used on terror suspects held without charge.

This isn't the kind of experience and philosophy the US should be looking for in a top diplomat. The role of the secretary of state should be to promote goodwill around the world through the use of soft power. Joseph Nye, who coined the term, described soft power as "the ability to get what you want through attraction rather than coercion or payments".

One element of public diplomacy, at least historically, has been the use of propaganda. Scholars now refer to people who advocate such an approach as part of the "tough-minded school." Mr Pompeo's background in intelligence and his national security hawkishness suggest he'd be of this persuasion. But such tactics don't stand to be very effective, because people don't like being propagandised and therefore resist it.

For example, the US government still reports the news from an American point of view in many parts of the world, including on Radio Sawa and Alhurra Television in the Middle East. But one study of students across the region found that students who tuned in to these stations had slightly less favourable opinions of US policy. "If you try to manipulate people's perceptions, it can be counterproductive," the researcher behind the study told The New York Times. "The very knowledge of being manipulated, of knowing you are being manipulated, can really backfire."

Modern diplomats are therefore increasingly changing their approaches to engaging with people abroad. Those in the "tender-minded" school of public diplomacy advocate two-way communication, since dialogue can promote understanding between the US and foreign people and governments. This is what leads to trust and allows the US to achieve its policy goals without coercion. The country needs someone with these skills as secretary of state.

Mr Trump's tweet is also likely to lead foreign governments to some troubling conclusions about the president's commitment to democratic institutions at home. His claim that Mr Pompeo "will become" the next leader of the agency suggests he doesn't respect the process by which members of his cabinet are appointed. While Mr Trump may nominate Mr Pompeo, it's up to the Senate to confirm him. This statement, too, will breed alarm and resentment abroad, especially in countries the US is pushing to respect democracy themselves. It will be perceived as especially disturbing since it comes after Mr Trump's recent statement that the US may one day have a "president for life" like China.

To achieve its foreign policy goals, America needs to make friends abroad, not enemies. Attempts at diplomacy through deception, coercion or manipulation will only breed distrust and pushback. The practices of an intelligence director have no place in the office of a secretary of state. - Bloomberg View

Kara Alaimo is an assistant professor of public relations at Hofstra University and author of Pitch, Tweet, or Engage on the Street: How to Practise Global Public Relations and Strategic Communication. She previously served in the Obama administration.