The lese majeste law in Thailand is a sensitive subject that most people prefer to avoid talking about. Under Article 112 of the criminal code, anyone can file a lese majeste complaint against anyone else and the police are obligated to investigate every single complaint. The courts can sentence anyone who "defames, insults or threatens the king, the queen, the heir-apparent or the regent" to jail terms of between three and 15 years.

Critics and international observers have argued for years that the law in Thailand has long been abused for political purposes by those on both sides of the political spectrum. Since the coup of 2006, more than 700 lese majeste cases have been filed by the police. Of the total, around 200 were filed when the Democrat Party held power from 2008-11, around 180 under the Pheu Thai administration from 2011-14, and around 260 under the current military regime. The junta-appointed National Legislative Assembly (NLA) tried to amend the law to extend its protection to privy councillors and other members of the royal family but it was not passed.

Unchanged since 1908, the law is used more frequently during periods of protest and political upheaval. Since the coup of 2014, more than 90 people have been prosecuted for lese majeste and 43 have been sentenced.

One of the most high-profile recent cases involved Jatupat Boonpattararaksa, a 27-year-old student activist known as Pai Dao Din. He was an outspoken critic of the military regime before he was convicted of "liking" a Facebook post linking to a BBC Thai biography of His Majesty the King. He is now serving a sentence of two and a half years. In this case, it is obvious why Pai was arrested but around 2,000 others who also liked and shared the same article were not.

The most egregious application of the law in recent memory involved Sulak Sivaraksa. The respected 84-year old scholar believes people should question the versions of history they have been taught. That includes asking whether King Naraesuan really defeated a Burmese prince in a battle waged on elephants in 1593. Mr Sulak is a big supporter of the monarchy but argues that a mature society would not need to use a law like Article 112 as a club to intimidate people. He has been charged with lese majeste four times since 1984 but all of the charges including the latest one were dropped. Again, it is obvious why he is targeted.

"If the country was normal and there existed rule of law, then there wouldn't be problems. The lese majeste law protects the current monarch and if someone is charged for criticising a king who reigned 500 years ago, then something is not normal," Mr Sulak told Khaosod and I agree.

If we cannot talk about our history then we are doomed as a society, and maybe it is time we revised this law so that it is less vague and less prone to use as a political tool. For a start, the police should be able to screen complaints to deem whether an insult the monarch was clearly intended.

There is currently no definition of what constitutes an insult and this gives the authorities leeway to interpret the law in a very broad way. Sentences could also be reduced and bail allowed to bring the law more into line with modern reality. Lese majeste trials should not be held behind closed doors.

Cambodia could learn from Thailand's experience. Last Wednesday, Cambodia's parliament unanimously adopted a law that forbids insulting the monarchy, but rights groups fear it will become yet another club for Prime Minister Hun Sen to wield as he beats his opponents into submission.

"There is a genuine danger that this law will be abusively applied to target those who express legitimate criticism of the royal government, as has been the case in other countries, such as Thailand," Chak Sopheap, executive director at the Cambodian Center for Human Rights, told Reuters.

The Cambodian law is as vague as Article 112: "An insult is expressed in words, gestures, writing, painting or objects that affect personal dignity," explained Pen Panha, head of the Parliamentary Commission on Legislation and Justice.

The Cambodian Senate still needs to approve the bill and King Norodom Sihamoni must endorse it. But if it does become law, I can dare to predict that it will be certainly used against Hun Sen's opponents before or after this year's election. After all, he has seen how well that works for the junta next door. 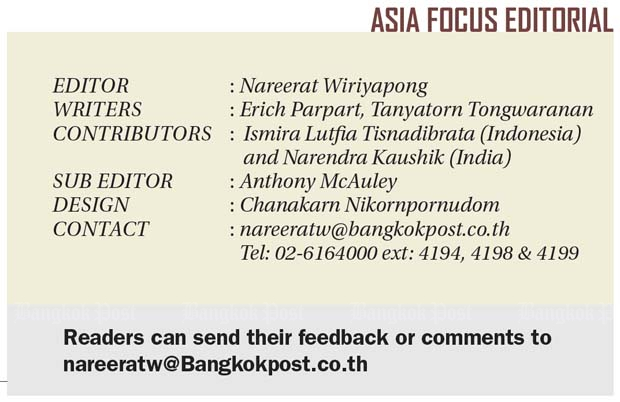