Sharing is the way forward for urban development
Opinion

Sharing is the way forward for urban development 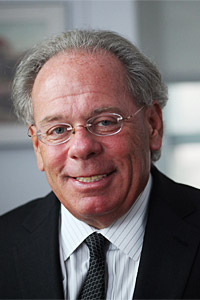 Cars and motorcycles plough through Bangkok floods. Instead of covering street space with asphalt and concrete, many cities around the world prevent flooding by planting vegetating in and around roadways. (File photo by Patipat Janthong)

No city can afford to wait for the federal government to step up in the fight for urban sustainability. Already, some cities are leading the way -- from the ground up.

Environmental Protection Agency administrator Scott Pruitt is trying to dismantle US environmental rules at the same time that President Donald Trump is pretending that a 10-year, US$200 billion infrastructure programme is really $1.2 trillion.

It's easy to understand why America's mayors are not counting on Washington to step up with the leadership or the resources needed to transition the country to a renewable resource-based economy.

With no help from the national government, what can cities do to respond to the global crisis of environmental sustainability?

They can do what they have always done and look to local communities, businesses and resources to create sustainability partnerships. The examples of these initiatives are both numerous and inspirational.

A growing focal point of sustainable urban living is the now expansive "sharing economy". Sharing has always been a part of urban life; we have long shared books in public libraries, nature in parks and seats on the stoops of row houses.

But in the past few years, cities have seen a significant revival and acceleration in sharing activity and innovation in the private sector.

Over the past decade, for example, thousands of bike sharing stations have been installed in cities around the world, and the amount of bike commuting is growing rapidly. In New York City, there's Citi Bike, a private company that operates under a franchise licence from the city. With Citibank serving as title sponsor, Citi Bike has grown to 12,000 bikes and 750 stations in 60 neighbourhoods. The system is completely funded by private resources -- no federal money, no federal policy; its funding comes from bike riders and advertisers.

Modernising the energy system will be another area where cities can take the lead.

Our century-old electric grid wastes energy, is not designed to accept excess electricity generated by decentralised renewable sources (such as home solar arrays) and is vulnerable to disruption from storms. The long-term answer is to modernise the system with computer-controlled "smart grids" that can match energy generation with energy use and encourage energy storage where it is feasible.

Microgrids are locally owned and operated and help institutions lower their energy costs and disconnect from the grid when power is interrupted. After Hurricane Sandy wiped out electricity in lower Manhattan, an island of light could be found on NYU's campus, where a functioning microgrid had kicked into operation.

In cities around the world, we are rediscovering the environmental benefits provided by plants and soil. Instead of covering 100% of street space with asphalt and cement, or roofs with other impermeable materials, we prevent flooding by greening roofs and planting vegetation in and around our roadways. Rather than building huge concrete holding tanks to store water during storms, we are storing rainwater in the ground throughout the city. These locally-funded policies provide the benefit of more green space, more visually attractive streets and lower costs, because local funding would be spent here anyway.

As cities become more crowded, we also need to use our imagination and think of ways to repurpose abandoned urban spaces. In Jerusalem, a street-level train track has been turned into a beautiful and popular park, similar to New York City's now famous High Line. In Seattle, an abandoned gas manufacturing plant was turned into a 20-acre park, and in Sao Paulo, Brazil, a plaza was built on top of 130,000 square feet of an old, highly-contaminated medical waste incinerator.

The nature of economic life has also changed to keep pace with automation and advances in communication and information technology; more and more wealth is produced in the service sector of the economy.

About 80% of America's GDP is in the service sector. Cities compete globally for business, residents and visitors. Businesses and people are highly mobile, and while few run competitions like Amazon has for siting a second headquarters, many are always on the prowl for a better place to do business. The quality of a city's transportation, education, public safety, housing, air and water all factor into these siting decisions.

No city can afford to wait for the central government in order to ensure the quality of its energy, water, air quality, waste management, transport, safety, health care and education.

In the early 19th century, New York's DeWitt Clinton knew the Erie Canal would reduce the cost of transporting produce from upstate New York and the Midwest to Europe and make New York City a great commercial hub, but when he asked for federal help to build a canal, his request was denied. Instead, he borrowed money from private investors in an early version of a municipal bond to build it; the canal paid for itself with toll money.

New York City's subway system was also originally built by the private sector and its water system was built without federal help.

Sustainability is not luxury but a necessity: To survive, the modern city must be a sustainable city. If the national government doesn't help, other resources can and will be found. - THE MARK NEWS