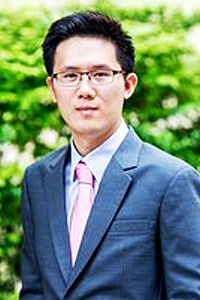 The early morning of May 24 was the morning of the long knives for the Thai Sangha. Commandos stormed Wat Or Noi in Nakhon Pathom to arrest the abbot, then Phra Buddha Isara, a staunch supporter of the National Council for Peace and Order (NCPO). In an unrelated case, five of seven other senior monks accused of embezzlement and money laundering were arrested from three famous temples in Bangkok. The other two remain on the run.

This is the purge of a lifetime. Never have there been such high-profile arrests and so many prominent monks falling from grace.

The Thai Sangha has long suffered from falling public trust. Can these two incidents help restore its faded aura? Or do they reveal a deeper crisis in not only the Sangha, but also the leadership of the NCPO?

The persecution of one of the junta's most outspoken supporters demands explanation. The former Phra Buddha Isara led a militia-style mob during the 2014 Bangkok Shutdown campaign. His heavily armed guards fought with riot police, detained intelligence officers and assailed bystanders, inflicting terror, injuries and even death. He raided a TV station and a hotel to extort money.

The abbot's impunity has convinced the public that he enjoys the NCPO's support, as confirmed by photos of military generals paying homage to him on several occasions. This time, though, he was on the receiving end of the NCPO's wrath. He has been charged with assault, extortion and unauthorised use of the royal seal for amulets.

For years, these temples had embezzled hundreds of millions of baht from the Temple Education Fund. While Thais are familiar with the financial and sexual scandals of monks, the scale and magnitude of the case stunned the public. The court denied bail to all six monks. They were defrocked before being sent to jail.

A shake-up is needed if the Sangha is to restore its credibility. A purge would not be unheard of. According to Buddhist belief, everything degenerates over time. From time to time, Buddhist kings exercise their power to purify the Sangha, halting the degeneration process.

Actions to purify the Sangha are more common in a regime whose power is yet to be consolidated. The duty is shouldered by modern governments too.

But purification often masks a political motive. In early 2017, after the passing of the beloved King Bhumibol, the NCPO applied a final solution to the struggle over the Supreme Patriarch vacancy. It blocked the Sangha Supreme Council's nomination of Somdet Phra Maha Ratchamangalacharn, widely known as Somdet Chuang, due to his affiliation with the controversial Dhammakaya Temple.

Dhammakaya, a consumerist heretic sect, is not only one of the largest modern Buddhist movements, but it also allegedly supported by ousted prime minister Thaksin Shinawatra. The Sangha law was amended and a new Supreme Patriarch with no Dhammakaya connection, Somdet Phra Maha Muniwong, appointed. Soldiers then broke into Dhammakaya Temple and Dhammachayo, the abbot, fled a fraud charge, ending the two-year feud.

But Dhammakaya still has sympathisers within the Sangha Supreme Council (SSC). Last week's purge is seen as the latest attempt to uproot Dhammakaya since the seven senior monks are accused of having connections to the sect.

The motives behind the case of the former Phra Buddha Isara are more puzzling. He is different from other famous monks, who are usually seen as possessing magical charisma. He is admired for his political views, not celestial power. This less austere status makes him more vulnerable.

As he became more outspoken and controversial, the cost of aligning with him might have exceeded the benefits for the NCPO. As a liability, he was dealt with the same way Sondhi Limthongkul, a leader of the now-defunct anti-Thaksin People's Alliance for Democracy, was silenced by a failed assassination after the 2006 coup. Perhaps, spectators observe, the former Phra Buddha Isara has been strategically sacrificed to divert media attention from the more embarrassing embezzlement case. This arrest would make the government appear impartial too.

Still, so much remains unexplained. A few hours after the arrest, video footage of the operation was released online. It was definitely intended to humiliate the former Phra Buddha Isara. Furious followers slammed the government for inappropriate treatment. The baffled NCPO quickly apologised.

For the junta, the operations against the monks might not be helpful after all. Thailand is so polarised that purification attempts may muddle the situation further. Dhammakaya has become a symbolic battle between the NCPO and Thaksin's supporters.

Resentment still lingers, so the arrest of the five monks only adds insult to injury.

Most importantly, intervening in Sangha politics depends on more than law. It requires an extra-legal qualification known as barami (charisma) -- the possession of desirable virtues such as piety, tolerance, integrity and generosity.

Prime Minister Prayut Chan-o-cha is certainly not a man of great barami. Disciples of the accused senior monks point out that the director of the National Office of Buddhism, who spearheaded the embezzlement investigation, has himself misused state temple funds money to fund a trip with his wife abroad. Incidents of this kind badly delegitimise the NCPO's investigations into the Sangha.

Despite the arrested monks' serious crimes and breaches of the monastic code, the SSC never acted seriously against them.

Only after the arrests did the Supreme Patriarch dismiss the monks from the council. The SSC has neither praised nor condemned the raids. Well-liked for his exemplary behaviour and knowledge of dhamma, the Supreme Patriarch's quietness sends an ambiguous signal. It may imply the SSC's approval of the government's intervention, which allows the former to appear neutral while the latter does the unpleasant job of cleaning up the Sangha.

But acquiescence may suggest a lack of leadership, a skill much needed if the Sangha wishes to restore public faith in the body.

Many monks assert that the temporal government cannot sanction members of the spiritual realm. Yet there have been growing calls from within the Sangha for greater state support to halt the deterioration of social morality. As a rule, support always comes with control. How can the Sangha expect a close, deeper and more intimate relationship with the NCPO without forsaking autonomy?

Evidently, the Sangha's leaders lack the courage to weed out rogue monks by themselves. They have placed the issue in the hands of the junta, whose legitimacy is in tatters and commitment to reforming Buddhism questionable.