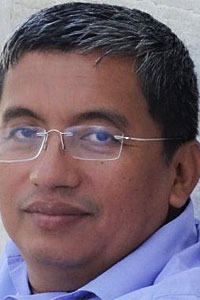 On Tuesday, Indonesia banned the Islamic State (IS)-aligned terrorist group Jemaah Ansharut Daulah (JAD) as part of ramping up its counter terror measures ahead of the Asian Games to be held in Jakarta and Palembang in mid August and the Annual Meetings of the International Monetary Fund (IMF) and World Bank (WB) in Bali in mid-October.

Since May of this year, terrorist attacks and counter-terror operations in Indonesia have resulted in at least 49 deaths including civilians, policemen and terrorists. Three families including young children staged suicide bombings in Surabaya. The JAD is alleged to have inspired the Surabaya attacks.

The predictable doom-laden hyperbole from terrorism experts and understandable national shock over the use of women and children in the Surabaya attacks galvanised support for President Joko Widodo to push through an amended Law on Counter-Terrorism.

The law was first proposed in January 2016 in the wake of a terror attack in Jakarta in which eight people were killed.

The amended law provides wide powers to Indonesia's security forces, including to detain suspects for up to 221 days without producing them before the court. The amended law follows a well-worn global pattern shifting the balance between rights and security.

As part of preparations for the Asian Games and IMF-WB meeting, Indonesia has launched a wider crackdown. The country has seen the arrest of hundreds of suspected terrorists, the imposition of a death sentence against Aman Abdurrahman, leader of the JAD and now banning of the JAD.

The overall picture for Indonesia remains positive and the recent terror attacks may not amount to any strategic upsurge or gains for terrorism.

The IS remains unpopular in Indonesia. The US-based Pew Research Centre survey estimated support for the IS at around 4% of the population, notably one of the lowest levels of support amongst Islamic majority states. Yet some security experts extrapolate that number against the total population and conclude that there may, therefore, be 10 million potential IS operatives in Indonesia. The empirical evidence suggests that such extrapolation is neither helpful nor valid. Expressing extremist views in a public survey is not a useful measure of a person's willingness to act on their views.

Rather than a cause for panic, limited support for the IS might better be viewed as cause for optimism. The reality is that terror attacks in Indonesia have been on the slide since the Bali bombings in 2002. This fall is consistent with global trends. Despite a panic-prone security sector, both Indonesia and the world are now far safer places from terrorism than in the 1970s.

Even if terror attacks do rise, it is difficult to square this with terror experts' predictions of regional chaos. Local terror exists only to the extent it can draw on local support. Pew research consistently suggests that Indonesian Muslims, 92% of them, believe that violence against civilians in the name of Islam is rarely or never justified. Once again, this is one of the highest levels of rejection of Islamist terror amongst Muslim majority nations.

All violent extremist groups including the IS depend on public support, without which terrorists can never grow beyond their current minuscule minority. The vast majority of today's counter-terror "experts", media pundits and policymakers fail to understand this particular dimension of terrorism that leads them to obsess over a narrow view of security to the exclusion of everything else.

Political leaders, often with one eye on elections, find it easier to appear "strong" and respond emotionally to these types of attacks. It is popular with the public.

Yet, empirical evidence consistently underlines that human rights violations are a primary driver of violent extremism. Terrorists do not tend to grow on their own volition; they depend on the state's reaction or over-reaction. Without grievance, terrorists flounder.

The real challenge for Indonesia is not just about immediate security but also about taking measures that avoid the current 4% support for the IS becoming 10%, and then 10% becoming 40%.

Banning the JAD doesn't remove the underlying grievances that eventually coalesce into terror groups. The JAD will soon be replaced just as the JAD itself had replaced the vacuum after the banning of Jemaah Islamiah in 2008. Jemaah Islamiah stepped into the vacuum created by the destruction of the Darul Islam movement of the 1950s and 1960s.

A few attacks will happen regardless of how advanced the security measures or the number of tanks in the street. The challenge is to achieve security without disassembling hard-won rule of law and human rights norms and Indonesia's new anti-terror law moves away from these norms, driving people to violent extremism.

Suhas Chakma is director of the Asian Centre for Human Rights.