Economic cold war on the horizon 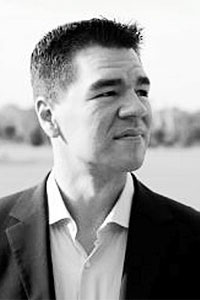 China is not just another front in President Donald Trump's war on trade. Unlike Mexico, Canada, Europe and other targets of the president, China will be a source of economic conflict for years to come, long after the tariff level on soybeans has been settled. Like the rivalry with the Soviet Union, economic competition with China may form a cold war that shapes American politics and economic policy for a generation or more.

Until now, through flukes of timing, Americans have largely been distracted from China's economic development. China joined the World Trade Organisation in December 2001, three months after the terrorist attacks in the US on Sept 11.

For the next several years, America's focus was terrorism and war in the Middle East, not China's ascension and its impact on the US economy. Next came a financial crisis and the great recession, which became the national focus for the next several years. The post-recession political environment in the US has largely been one of government dysfunction and partisan polarisation.

But changes in both China and the US make the current period different. In China's period of economic development in the 2000s and much of the 2010s, there were clear benefits for the US even if there were trade-offs as well.

China opening up gave some US industries greater access to the Chinese domestic market. US consumers benefit by getting cheap goods produced in China.

There was a hope that integrating China into the global economy would shift its culture to be more like the West.

With China announcing its "Made in China 2025" economic vision, it's difficult to see much benefit for America seeking to become self-sufficient in industries ranging from aerospace to semiconductors to robots threatens US jobs, corporate profits and global technological leadership. China also becomes more of a national security threat.

We've seen in recent years that as global institutions fray, political and cultural power defaults to the players with the most economic clout. In Hollywood, movies are made increasingly with the Chinese audience in mind, which means ensuring that movies can pass Chinese censors.

In oil markets, power is shifting to Saudi Arabia and Russia away from Opec as the two countries' share of production increases. And in Silicon Valley, while large companies may be debating whether and how much to censor content in the US market, there's no such consternation about censorship if it means access to the Chinese market.

The doomsday scenario for Americans and American values looks something like this: Made in China 2025 is a success. Through a combination of China subsidising its own companies to innovate and develop their own technologies, and buying or perhaps stealing valuable technology from American companies, China becomes the global leader in technological innovation. Its economic growth continues to outpace American economic growth, and over time it's America forced to adapt to Chinese values in key areas in the global economy rather than the other way around.

This is is likely to unite Democrats and Republicans. And that seems to be happening, as Congress seeks to increase scrutiny around foreign investment in the US.

The ramifications of this growing rivalry between the US and China are likely to be far-reaching. Will Chinese students still be allowed to study at American universities? Will high-skilled Chinese workers still be allowed to work in Silicon Valley? That may be up for debate if there's concern about spies intent on returning to China with information useful for Made in China 2025.

A future economic cold war between the US and China may push American leaders to favour a pro-growth policy at any price, even if that risks stoking additional inflation and inflating economic bubbles. If China invests more in space exploration, that could kick off another space race. In whatever realm China decides to emphasise, the US will be afraid to let it get too far ahead.

Fights over currency manipulation and soybean tariffs are likely to be just the beginning.

The economic conflict between the United States and China could define the next generation of American life. - BLOOMBERG OPINION

Conor Sen is a Bloomberg Opinion columnist. He is a portfolio manager for New River Investments in Atlanta and has been a contributor to the Atlantic and Business Insider.