After blocking all monitoring the unfair 2016 constitution referendum, the regime could use a better international image for the coming national polls.

Foreign and Thai groups want official accreditation to monitor the next general election, whenever it occurs. And the government has instantly invited all such groups to kick rocks.

So now it's a debate, and an important part of the debate is that no Thai government, since Earth cooled, has agreed to allow foreign observers or monitors.

There never has been a government-approved team or a government-sponsored individual looking at the preparation, the voting or the post-election judgement of any election's participatory freedom or fairness. Ever.

Equally important is that there's no recorded instance of government interference or impeding groups and individuals watching the birth and life of a Thai election campaign, from start to the post-climax cigarette.

So in essence, if a bunch of European people want to be present at the coming election, assuming there is going to be one -- bring it on.

That's what news people, for example, have always done, are currently doing and, one hopes, will always do. There's really nothing out of bounds except for walking up behind a person who is voting and looking directly over her shoulder.

The problem that always has arisen and is arising is that the EU and P-Net and others on the way want official recognition and special help. They seem to believe that status will make their post-election report credible.

(For the record, we think official recognition and spoon-feeding and selection of visits gives monitors less credibility. No news person or organisation would accept such government help and expect their reports to receive honour. But that's us.)

Prior to the ill-tempered election campaign of 2011, where Pheu Thai emasculated the 2006-7 military coup by placing a woman in the prime minister's chair, the Election Commission had officially permitted and recognised the Asian-manned, Bangkok-headquartered Anfrel to monitor campaigns and voting.

The work of Anfrel -- Asian Network for Free Elections -- was credible, and thus critical to world acceptance of the overall fairness of the vote.

But no credit for that rests on the Democrat-led government of that time. Prime minister Abhisit Vejjajiva and chief deputy Suthep Thaugsuban were quite surly on the subject.

Mr Suthep, who saw like everyone that he was going to lose, purposely and infamously rejected election monitors in the most insulting terms he could muster: "I don't respect farang. We don't have to surrender to them."

And in the end, Anfrel was officially anointed by the Election Commission. They and plenty of other informal observers (including the media) concluded, basically in unison, that the voting was mostly free and fair, but with a barely acceptable level of complaints of cheating. 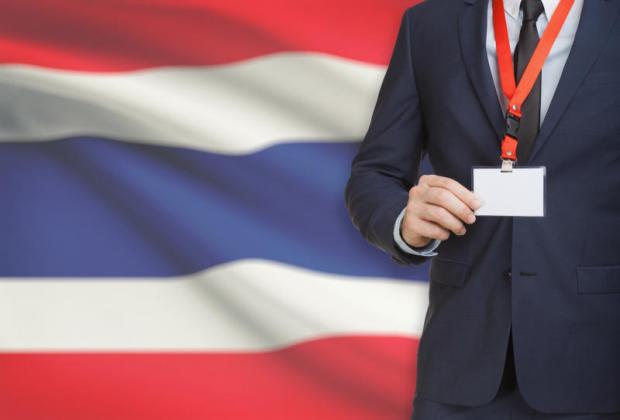 Right now, Foreign Minister Don Pramudwinai, infinitely more politely, is saying what Mr Suthep said. This year's government refuses to accredit observers, just like every government in the past.

Sure, election monitors from Europe would likely add credibility to the regime's procedures, but why take the chance?

The EC was outraged that the newspaper or anyone would think seriously it would ever allow some gun-toting, rule-making, junta-leading retired general prime minister to set an election date. The constitution says clearly that only the EC can do that. Sure.

Truth is the supreme law describes the EC as an independent body, and that no one, even a coupmeister armed with a Section 44-magnum is legally allowed to usurp its awesomeness.

Truth also is the military regime will do as it damn pleases for all kinds of reasons, not least of which is that every EC member is appointed and serves at its whim.

But here's a thought. The EC is right. Legally, it has total power to set any rule on any procedure in and around the election.

The government can whine and bite the rug and rant about farang all it pleases, but who gets close to election processes and who gets in on the making of the election and who gets insider access to every polling station is up to the Election Commission.

Let's see how independent they feel now. Let's learn just how up to the task of running a free and fair election the EC really intends to be.

It's time for compromise

Economy, not rallies, should worry govt