Uighur refugees arrived at the Songkhla camp in 2015. (File photo)

On Aug 1, 2018, Bilal, a 27-year-old Uighur refugee, died in a Thai immigration detention facility, where he had been held since March 2014. Thai police and volunteers from a local NGO helped with funeral arrangements and Bilal was buried in an Islamic cemetery far from his family and homeland.

Along with countless other refugees who have died fleeing their persecutors, Bilal's story could have been different. He should have been given a chance at a new life. However, it is not too late for the 49 Uighur refugees still detained in Thailand. Over four and half years since their capture, the Thai government should release these Uighurs to a safe third country. 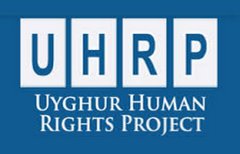 Omer Kanat is Director of the Uyghur Human Rights Project (UHRP), a human rights research and advocacy organisation based in Washington, DC.

In 2014, Thai authorities seized several groups of Uighurs held in human trafficking camps in Songkhla and Sa Kaeo provinces. The Uighurs had escaped severe political and economic repression in their homeland, as well as the criminalisation of their religious and cultural identity. What would happen to them next was out of their hands.

In July 2015, 173 Uighurs were released to start new lives in Turkey, a week later the Thai government forcibly returned over 100 refugees to China in violation of the non-refoulement principle contained in Article 3 of the United Nations Convention against Torture. The US State Department, the European Union and the Office of the United Nations High Commissioner for Human Rights all criticised Thailand. The Turkish Foreign Ministry also condemned the action and said it had occurred despite Turkish government attempts to stop the deportations.

Although a Thai delegation invited to China in late July 2015 claimed the Uighur refugees were "well-treated", details on Chinese government management of the visit and freedom of access to the returned Uighurs were not disclosed to the public. Since the Thai delegation's trip, information on the whereabouts of the deported Uighurs and specific charges faced by any of them has been scarce.

In August 2015, Chinese state media published the forced confessions of some returnees who said they had been involved in terror networks and human smuggling rings. Since then there has been silence on the whereabouts and fates of the returned Uighurs.

In January 2015, the Uighur refugees complained to a visiting Istanbul-based Uighur journalist about health problems and overcrowded conditions in the detention facilities in Thailand. Three Uighurs, including a three-year-old boy, had already died despite the efforts of groups, such as the Thai Muslim Society, to provide relief.

The 49 Uighurs remaining in Thailand have resorted to extreme measures to force the Thai authorities into a decision on their cases. In May 2016, reports described how refugees had gone on hunger strike and turned to self-harm in protest and frustration at the length of their detention. In November 2017, 20 Uighurs broke out of their detention facility, 11 of whom fled to Malaysia.

Uighurs have been deported from Southeast Asian nations with an alarming frequency. Eleven Uighurs were forcibly removed from Malaysia in August 2011; a further six from Malaysia in December 2012; one Uighur from Thailand in August 2011; seven from Laos in March 2010; 17 from Myanmar in January 2010; 20 Uighurs from Cambodia in December 2009; and 11 from Vietnam in April 2014.

An Uighur deported from Malaysia in August 2011 received a three-year prison sentence for "separatism" following a closed trial.

However, in a welcome move, Malaysia released to Turkey the 11 Uighurs who fled indefinite detention in November 2017.

Explaining the action, Malaysian Prime Minister Mahathir Mohamad said, "They have done nothing wrong in this country, so they are released."

The release of the Uighurs to Turkey may also have been a humanitarian act. Over one million Uighurs are currently interned in camps where human rights organisations report torture and deaths in custody. One of the ways Uighurs end up in a camp is through any overseas connection, perhaps by taking a trip abroad or under the pretense of visiting a relative living outside of China.

One shudders to think what would happen to a returned asylum seeker.

Under such conditions, Uighurs expect the Thai government to also do the right thing and immediately release the remaining refugees in Thailand to a third country where their safety can be assured, far away from the reach of their persecutors.