Thailand can be a champion for migrants
Opinion

Thailand can be a champion for migrants 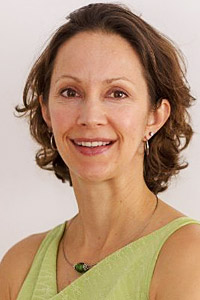 Signed and sealed. The formal endorsement of the Global Compact for Safe, Orderly and Regular Migration by the UN General Assembly in New York this week was a momentous occasion.

The global agreement, endorsed by the UN body on Dec 19, outlines a common approach to international migration in all its dimensions for the first time. It aims to "foster international cooperation among all relevant actors on migration" and explicitly states that "no state can address migration alone".

Among the many countries that adopted the Global Compact are the 10 members of Asean -- a region that is increasingly on the move. According to the United Nations' Department of Economic and Social Affairs, the estimated number of international migrants in the region currently stands at 10 million. Of these, about seven million are citizens of Asean member states.

Migration in the region is heavily influenced by geography, with movements mostly taking place between neighbouring countries. These movements are often driven by economic and labour market disparities, which cause people to migrate from lower-income to higher-income countries.

While Asean migrants represent a small part of the region's 642 million population, their numbers have almost doubled in just over a decade. It is likely that this trend will intensify as globalisation progresses and as Southeast Asia integrates its economies under the Asean Economic Community.

The contributions of migrants to the region should not be underestimated. In countries of destination, migrants fill labour gaps, complement the local workforce and contribute to GDP growth.

In Thailand, for example, migrants help drive the country's export-oriented economy, constituting 4.4% of the workforce, but contributing up to 6.2% of GDP.

In countries of origin, migration has an even larger impact. Within Southeast Asia, there exists a strong correlation between migration and poverty reduction. Migrants from the region often remit a substantial part of their income to their families back home.

According to the World Bank, the Philippines, Vietnam and Indonesia are among the top 15 remittance-receiving nations in the world. In 2017, they benefited from a combined total of US$55 billion in remittances -- more than the combined GDP of Brunei, Cambodia and Laos.

As wage differences and relative income gains from migration are largest for lower-skilled workers, who make up the vast majority of migrants in the region, the earnings sent home contribute to considerable improvement in the welfare of their families.

For many, the extra income received helps to put food on the table, send children to school and open family businesses. Communities also benefit from positive spill-over effects, which contribute to human development, including health and education.

It is therefore evident that migration is an important driver of development in Southeast Asia. Yet the role migrants play in regional development, and their treatment, is often under-discussed in public and policy debates at the national and regional level.

Traditionally, migration has been viewed as an issue to be managed domestically, with a tendency for prejudice to guide responses to the challenges it poses. Such unilateral approaches are often insufficient and sometimes counterproductive, as they overlook the interests of other actors and the migrants themselves. In short, migration is a trans-boundary phenomenon that requires a coordinated transnational response.

In order for Asean to maximise the benefits of migration and minimise its risks, it is imperative for member states to devise solutions that are evidence-based and complementary. Challenges such as irregular migration, human trafficking, debt bondage, forced labour, exploitation and abuse can only be effectively dealt with through bilateral and regional cooperation.

Asean, therefore, can play a key role in facilitating cooperation. The annual Asean Labour Ministers Meeting, for example, provides states with a forum to discuss labour migration issues in the region.

Significant progress was made in 2017 when member states signed the Asean Consensus on the Promotion and Protection of the Rights of Migrant Workers under the chairmanship of the Philippines.

Like the Global Compact, the Asean Consensus carries moral weight but is not a legally binding document. This leaves each member state to implement its own measures that reflect the agreement's commitments and provisions.

As a founding member of Asean and the largest country of destination in the region, Thailand has the potential to show regional leadership in the protection of migrant rights when it takes over the Asean chair from Singapore in 2019.

The country already leads in implementing progressive migration management policies that are in line with the objectives of the Global Compact. This includes critical areas such as health and education, where universal and affordable access is provided to migrants, regardless of legal status.

The Thai government also takes human trafficking and related exploitation seriously and works together with the International Organisation for Migration and the International Labour Organization to combat modern slavery.

In selecting the theme "Advancing Partnership for Sustainability" for its 2019 chairmanship, it is in Thailand's and the region's interest to ensure that migration is safe, orderly and regular. It is only then that a people-centred Asean Community that leaves no one behind can truly be achieved.

Dana Graber Ladek is Chief of Mission of the International Organisation for Migration (IOM) Mission in Thailand.

Dana Graber Ladek is the Chief of Mission of the International Organisation for Migration (IOM) Mission in Thailand.