In the fight between Apple and FB, let users decide
Opinion

In the fight between Apple and FB, let users decide 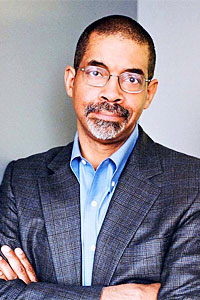 Pardon me while I offer a few words in Facebook's defence. I stand by my previous column, in which I noted that the company had once more goofed on privacy with a research app that vacuumed up information from users' mobile phones. On issues concerning user data, Facebook seems unable to improve its tin ear.

Nevertheless, my libertarian instinct on freedom of contract compels me to defend a group caught up, perhaps to their own surprise, in this battle: users who downloaded the app and liked the money they got from it. The burden of the criticism is that Facebook took advantage of them.

The Facebook Research App targeted users between 13 and 35 years of age, with a special focus on young teenagers (who needed permission from their parents). Those who downloaded the app were paid up to US$20 (629 baht) a month to leave it on their phones, and could earn more by referring others to the programme. The app was capable of discovering and sending onward to Facebook nearly everything about their phone and internet use.

All this caused Apple to temporarily suspend Facebook's enterprise licence, which meant that for a brief moment, Facebook developers could not share potential new apps with each other. As I have said, Facebook's mistake here was distributing the app in a way that both breached its agreement with Apple and circumvented Apple's privacy protections for programmes distributed through the App Store. But that issue concerns the contract between the two companies.

By contrast, most critics have argued that the main problem is Facebook's effort to take advantage of users by sweeping up so much data -- and, implicitly, paying too little for the privilege. Besides, the argument goes, Facebook hid its hand in the process, so that users might not have known whom they were dealing with.

The trouble is, it's not obvious that the users of the app were quite as clueless as critics seem to think. In fact, a glance at online comment threads over the two years of the Facebook Research App's operation indicates that lots of users were far more savvy about the whole thing than the coverage suggests.

After the app was made available, online discussants quickly noted the opportunity to earn easy money. Many threads involved users who were considering the app seeking assurance that the research app was really from Facebook. They weren't trying to avoid dealing with the company; they wanted to make sure they weren't dealing with someone else. And plenty of eager users asked how they could sign up.

As to the privacy aspects of using the app, it's fair to say that they were openly debated. Some users even offered advice about how to sign up while protecting one's data. One clever suggestion: Use a "dummy" phone, so that Facebook gets no information, and you can just sit back and collect the money. True, there were problems, but not related to privacy. A prominent online complaint asked why payments were late.

True, one can't assume that those who participated in online comment threads are representative of the general population at which the app was targeted. But neither can one assume that the rest of the users were mainly idiots. There's evidence that millennials are much better than their elders at finding ways to save a few bucks online -- for example, by clever exploitation of banking apps -- so it wouldn't be surprising if most of those who downloaded the app were perfectly aware of what they were getting into.

True, one might argue that the young people at whom the research app was targeted -- even if they entered the deal with eyes wide open -- were foolish to go along. Under this theory, even the users who clamoured for the apps improperly weighed the risks and benefits. Thus, forcing Facebook to back down is protecting users from themselves.

I find this approach troubling. In the first place, as I have noted, $20 per month may seem trivial to some readers, but it can add up. The annual payment of $240 will buy a discounted ticket from New York to Europe. If a user is willing to trade online privacy for less than I would demand, that's the user's business.

At any rate, I reject the paternalistic notion that two parties shouldn't be allowed to enter into a bargain they believe will make them better off because a third party thinks it's a bad deal. For reasons that have been forcefully expressed by the philosopher Jessica Flanigan, this conception of what should and shouldn't be allowed constitutes a deeply illiberal affront to individual autonomy.

I believe in people. I believe that nearly all people, nearly all the time, are perfectly capable of making up their own minds about what to do next. That includes making up their own minds about which contracts to enter. If Facebook finds a way to distribute its research app that doesn't involve circumventing its agreement with Apple, I'm all for standing aside and letting users decide for themselves whether to accept the offer. ©2019 Bloomberg Opinion

Stephen Carter is a Bloomberg Opinion columnist. He is a professor of law at Yale University and was a clerk to US Supreme Court Justice Thurgood Marshall. His novels include "The Emperor of Ocean Park", and his latest nonfiction book is 'Invisible: The Forgotten Story of the Black Woman Lawyer Who Took Down America's Most Powerful Mobster'.

When the stock market is bearish or the economic outlook has high uncertainty, treasury stock remains a popular alternative for listed companies to manage cash and improve financial ratios.