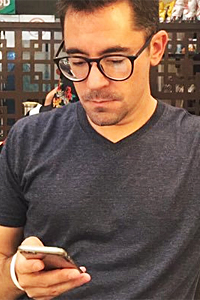 Adam Bemma A journalist based in Bangkok

instrument for change: An Afghan refugee group finds its voice as the Parastoo Theatre group, which performed last week at Malaysia's Refugee Fest and is likely to go on regional tour including Bangkok later this year.

Live at this year's Refugee Fest in Malaysia is Parastoo Theatre group. In the Dari language of Afghanistan, "Parastoo" means swallow bird.

"They are birds who fly and never find a home," said Saleh Sepas, playwright and director of Parastoo Theatre in Malaysia. "It's a similar situation for most refugees."

Sepas fled Kabul, Afghanistan with his family in 2016 because of the war. He arrived in Kuala Lumpur and found support to establish his own theatre group.

Sepas said his aim was to introduce to the refugee community "Theatre of the Oppressed". This is a technique using theatrical performance to promote social change. He had experience working on a similar project with the BBC, on the radio, in Kabul.

Parastoo Theatre is now a household name, performing for thousands at schools and concert halls in Kuala Lumpur over the last three years. Next month, it will have its first show in Penang.

"When I arrived I didn't have a job and there was little opportunity," Sepas said. "I wanted to show everyone the dream of the Afghan people, those who don't have power and have lost everything in the war."

Lilianne Fan is international director of Geutanyoe Malaysia, a foundation supporting refugees in both Indonesia and Malaysia.

She's seen the impact Parastoo Theatre has had on Malaysians, helping them understand what Afghans face on a daily basis in their home country and now as refugees in Malaysia.

This would give refugees the legal right to work and study in Malaysia. Up until now, they can't do either legally. Refugees also need to pay foreigners' rates for health care.

It's nearly impossible for most refugees to be able to afford a visit to a doctor, or the hospital. Costs can be exorbitant for refugee families with no income.

"[During] the last government the police had checkpoints on the road to check documents. They did it for money. It was corruption," Sepas said. "Now we have better conditions. We don't see checkpoints anymore." 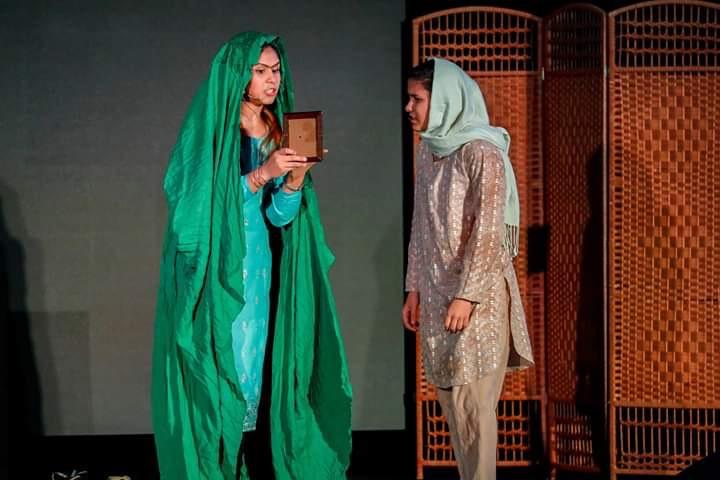 An Afghan refugee group finds its voice as the Parastoo Theatre group. The group is now a household name in Malaysia, where the Afghans who make it up settled as refugees. They bring the experience of Afghan refugees in that country to life for audiences, depicting the problems they face every day and helping forge a better future for themselves.

Local and international organisations do provide support to refugee schools and provide low-cost health care to many in need. But these groups' resources are scarce.

Sepas believes his performers have used theatre to help deal with their own mental health issues. This is why he wrote the most recent play "Screaming in Silence." It's believed many Afghans suffer from depression and low self-esteem.

"Parastoo members are powerful now. They believe in themselves. They have a role to play and are trying to improve life for their families and community," Sepas said.

The Parastoo Theatre group rehearses and performs regularly in a Kuala Lumpur suburb -- home to the majority of the country's refugees.

The UN states, 1,970 Afghans live here, the majority of which are ethnic Hazara from the mountainous region of central Afghanistan. This ethnic group has been persecuted by the Taliban.

Abdul Aziz Fazel is former director at Afghan Learning Centre in Kuala Lumpur. He was recently resettled with his family to Australia, but keeps in contact with leaders in the Afghan refugee community.

"I believe that [Sepas] can do a lot better. He needs to concentrate on the real issues faced by Hazara in Malaysia or Afghanistan," Abdul Aziz Fazel said. "I want him to help our community. We're very desperate."

Following next month's performance in Penang, Sepas has set his sights on taking Parastoo Theatre on a regional tour. He hopes to book performances in Singapore and Bangkok sometime later this year.

"Before Parastoo we didn't have a connection between the refugee and local or international communities. Now we know each other and we work together. We show them the challenges [faced by refugees] on the stage," Sepas said.

The Refugee Festival runs until today in Kuala Lumpur, Malaysia. Parastoo Theatre will also perform "Screaming in Silence" on July 14 at the Georgetown Arts Festival in Penang, Malaysia, with the possibility of a regional tour including Bangkok later this year.

This article is part of the Displaced and Uprooted in Southeast Asia initiative by SEA Junction and the Tifa Foundation.

A journalist based in Bangkok

A journalist and media development advisor, trainer and mentor based in Bangkok, Thailand. This follows seven years of work in East Africa and East Asia.