Did you see the posters advertising commemorative shirts for the 74th Chula–Thammasat Traditional Football Match that were posted by Chula Alumni Facebook page last week? 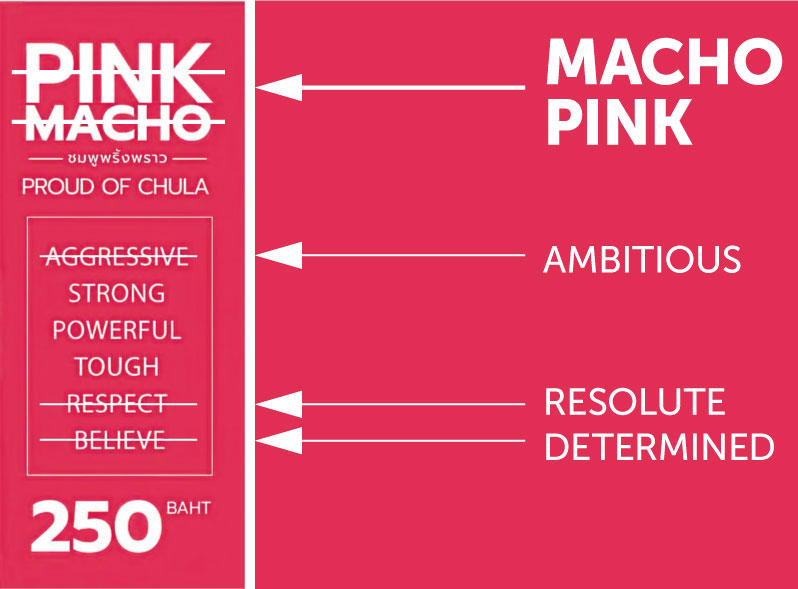 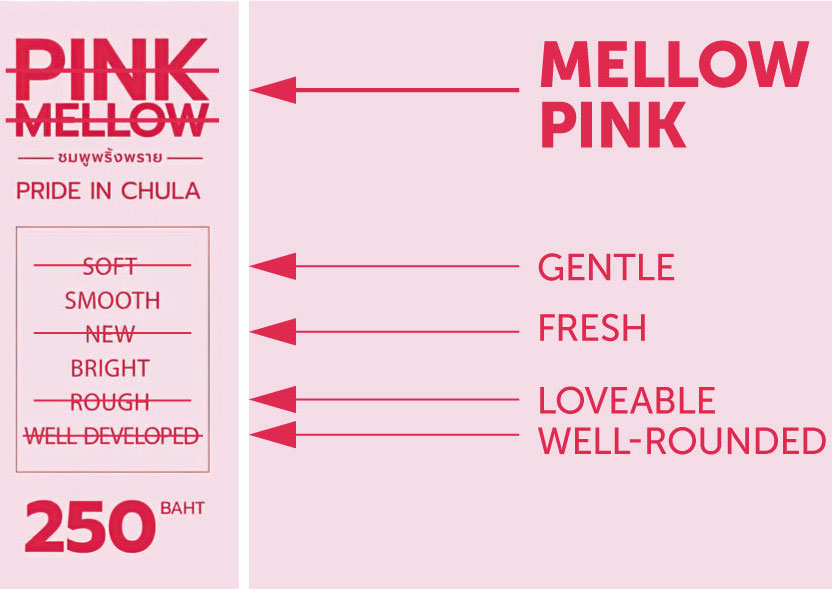 They gave me such a cringe for the awkward use of the English language such as "Pink Macho" (pink is Chula's colour and shouldn't it be "Macho Pink" instead?) and "Pink Mellow" as there are two shades of polo shirts on offer; one darker and the other lighter. There are also two sets of words used to describe each style that reads like they are talking about a bipolar person. Pink Macho is "Aggressive, Strong, Powerful, Tough, Respect, Believe", while Pink Mellow is "Soft, Smooth, New, Bright, Rough, Well-Developed". Very peculiar.

And what's with the mix of adjective, noun and verb? Whoever came up with them obviously doesn't know that English words can have positive or negative connotations. I guess they try to be cool by using English words but end up being cringeworthy instead.

And as a Chula alumnus myself, not only do I feel compelled to point out this weird use of the English language but also give a revision based on the knowledge I've been bestowed on by ajarns at the Faculty of Arts.

I know that Chula's administration isn't omnipresent and this is probably an innocent oversight. Yes, it isn't a crime to use awkward English but Chula's reputation as the main pillar of the land and one of the leading educational institutes in Thailand is at stake here. These pictures may be the work of a team behind the Facebook page but they are done in Chula's name so they don't reflect well on the institute. Hopefully, by the time this article comes out, those pictures would have already been fixed.

I know that low English proficiency in Thailand is not surprising but Chula must set a good example of how to use it properly. Either that or just use only Thai words.

I can't be mai pen rai about this. 'Cause my ajarns have taught me better.