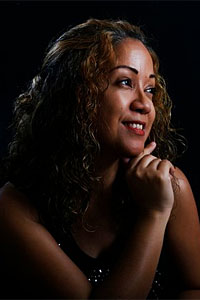 The cold and calculated manner with which a gunman shot and killed three innocent people and left four injured during an armed robbery of a gold shop in Lop Buri province has left society grappling for answers.

The police, who have been working around the clock to piece together the criminal's identity, are tight-lipped about divulging information about how close they are to catching the perpetrator. And understandably so, as the shooter is probably closely monitoring every move of the investigators, tasked to update the media daily.

What makes this robbery and these killings extraordinary is the vicious, cold-blooded manner in which the criminal shot bystanders indiscriminately before speeding away on his Yamaha Fino into the night, leaving absolutely no trace of himself.

One can deduce from what has been reported that the shooter is no ordinary criminal; in fact, he comes across as having a brilliant mind for seeing that no trace of his identity be left at the crime scene.

Watching the CCTV footage of him marching into the mall brandishing a silenced weapon in full view, in military-style gear and a full facemask is a chilling image we might only come across in a movie, or computer game, making it all the more important that police capture him quickly.

Time is of the essence in such criminal investigations, as the last thing we need is for him to have left the country.

With each passing day still not bringing police closer to catching him makes me wonder if the case would be moving faster if there were more CCTV cameras installed within Lop Buri province.

The day after the incident, a female motorist informed police that she had seen a man closely resembling the shooter at a red traffic light. She said he caught her attention because of what he was wearing and his rather agitated behaviour. She sensed something was amiss, but with no traffic police in sight, she decided to go home.

From a news bulletin later that night is how she realised that the man she had seen earlier that day was the shooter.

It's anyone's guess if the shooter could have been tracked down more easily had traffic police been posted at road intersections in the late hours of the night.

This heinous crime should above all serve as a wake-up call for police to start strictly addressing gun control.

In relation to firearms used to commit crimes, it is sad that very little research has been conducted in Thailand.

Hardly a day goes by when we don't hear of crimes where a gun of some sort has been used to kill or injure someone.

Offenders often come from all walks of life. They either purchase these weapons illegally so police cannot trace them back to an owner, or assemble them with the help of YouTube tutorials.

Shooting as a sport has also become popular among the wealthy in Thailand, with many actually becoming collectors.

Getting a licence to possess a firearm should be made difficult, with a mental evaluation required.

That's why, to make inroads, we need to urgently support gun-violence research projects that have the resources to study the issue and offer science-based recommendations to policymakers.

Measures to curb firearm use is no easy feat, judging from gun-related crimes in the US, which continues to struggle with incidents of mass shooting often by young perpetrators.

Thailand has to address gun control, and the first step is to admit that we have a problem.

The Lop Buri gold-shop shooting of innocent civilians has been heartbreaking, in a way, for the entire nation.

I do believe that part of the healing process for us all should be not just catching the culprit but promising that we will do everything in our power to keep these tragedies from recurring in a nation that continues to face a gun-violence pandemic.

It's not just mass shootings that we as a nation must work to prevent, but the daily deaths-by-gun that claim hundreds of lives each year, which the media reports but few take the initiative to investigate.

Yvonne Bohwongprasert is a feature writer for the Life section of the Bangkok Post.

Yvonne Bohwongprasert is a senior writer for the Life section of the Bangkok Post.