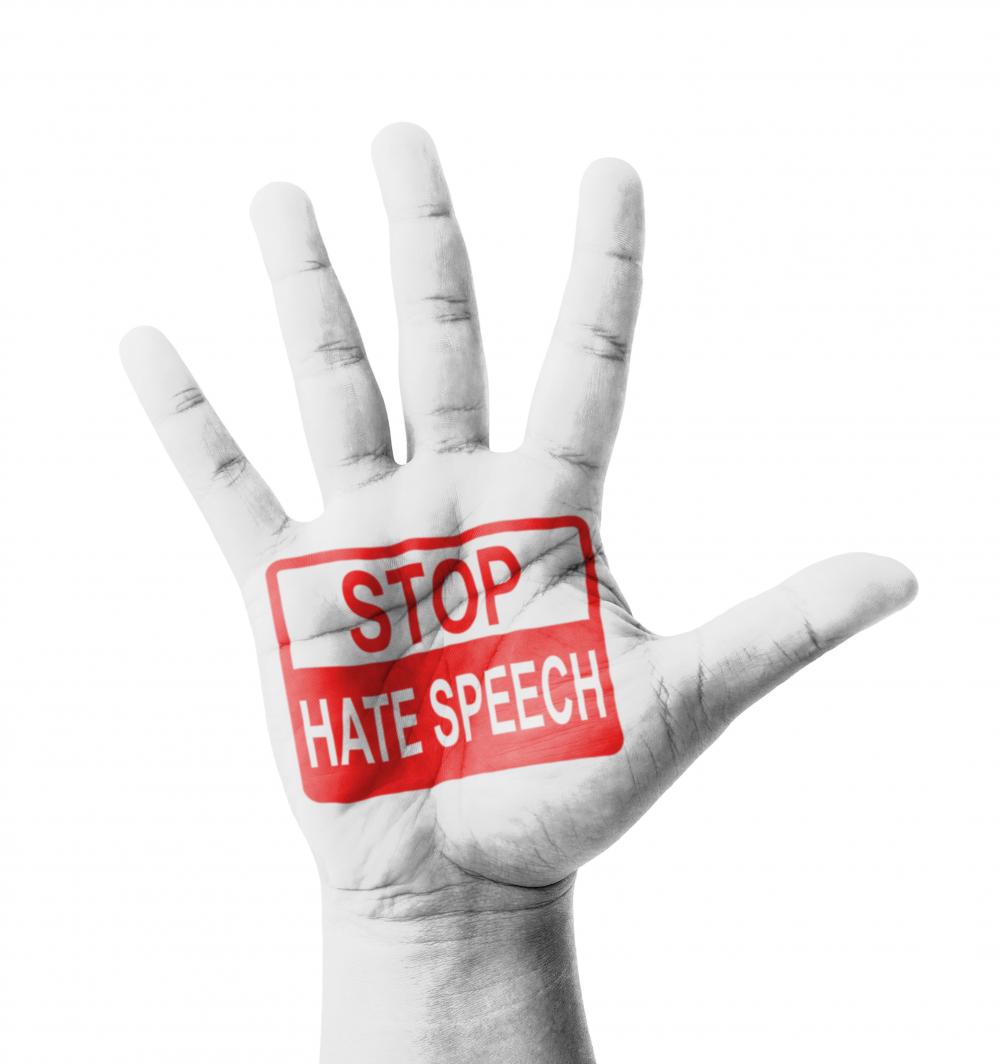 An image of an open hand raised with a 'Stop Hate Speech' sign painted on it. In Southeast Asia, hate speech against refugees and migrant workers spiked amid the Covid-19 pandemic. (123RF)

Although regulation of hate speech is intended to protect the civil rights of its targeted victim, when such regulations are too narrowly framed, they can be weaponised against vulnerable populations and used to threaten democracy.

The United Nations has noted that in all its forms, hate speech essentially comprises any kind of communication in speech, writing or behaviour "that attacks or uses pejorative or discriminatory language with reference to a person or a group on the basis of who they are, in other words, based on their religion, ethnicity, nationality, race, colour, descent, gender or other identity factor."

Southeast Asia has traditionally paid attention to and sought to regulate hate speech targeted at igniting ethnic, racial and religious-based tensions. Governments in the region have thus put into place different measures to penalise such behaviour and rolled out policies to foster community, social and national, harmony.

However, newer forms of hate speech have also emerged in Southeast Asia directed at foreign nationals such as refugees and migrant workers. Hate speech against the Lesbian Gay Bisexual Transgender (LGBT) community has also surged. Finally, differences in political values, ideology and affiliation have resulted in hate speech between competing interest groups.

To start, hate speech against foreign nationals, including refugees and migrant workers recently spiked amid the Covid-19 pandemic. Migrant workers in Malaysia, Singapore, Thailand have been stigmatised for posing as "threats" to health and even national security. In Malaysia, negative perceptions of Rohingya refugees have emerged in response to news of their rising numbers, undocumented entry into country, and alleged community health risks.

There are also growing incidents of hate speech aimed at the LGBTI community that are particularly noticeable during elections when they are used as political targets. In Indonesia, during the period leading to the 2019 presidential election, the main opposition candidate, former General Prabowo Subianto, employed anti-LGBT rhetoric as a populist weapon to misinform the public and attacked the incumbent President Joko Widodo. Gen Prabowo campaigned that Mr Jokowi will legalise same-sex marriage with the aim of discrediting his opponent in the eyes of a largely conservative society.

Finally, serious societal divisions over ideology and political values are exacerbated by hate speech weaponised to incite violence against activists and members of opposition parties who challenge political incumbents to pursue regime change. In the Philippines, opposition senators such as Sen Leila de Lima and Sen Senator Antonio Trillanes IV who oppose the government's war on drugs and extrajudicial killings have been subjected to hate speech both online and offline.

In order to address hate speech, a mixture of legal measures have been adopted.

Malaysia, Myanmar, the Philippines and Singapore have either revised or drafted dedicated "harmony" bills aimed at securing social, racial or religious harmony. These dedicated harmony bills and commissions together with existing laws and recent Covid-19 temporary laws form an emerging legal regime across the region to counter hate speech. However, these laws still very much focus on race and religion. Additionally, and ironically, some of these laws actually foster structural discrimination and can result in rights infringement.

Here is the gap.

To date, both new and old laws do not adequately recognise the new forms of hate speech described above targeted and at an expanded range of identity groups. Further, Southeast Asian domestic legal frameworks concerning incitement to hatred do not provide the underlying civil and human rights required or encouraged under international law.

It is also important to note the use of hate speech by actual state officials across the region sets a tone for how the media and the wider population respond to others within the community. Hate speech in general society often reflects such discriminatory and prejudicial language by government officials and political leaders themselves.

While care must be taken to preserve freedom of expression, it is important to remember that hate speech is an attack on democratic values. Hate speech stifles free and open debate, affects electoral democracy at all levels and incites uncivil political discourse. Targeted communities, especially vulnerable communities like the ones described above which are the targets of hate speech, are often hesitant to engage in open public debate.

We may not be able to realistically outlaw all hate speech. However, to preserve free and open democratic discourse, Southeast Asian countries must abide by their obligation under international human rights laws to prohibit incitement to discrimination, hostility and violence. Indeed, hate speech is a plague that all Southeast Asian governments, civil society, citizens and business organisations must root out to foster a more peaceful, just and inclusive society.

James Gomez and Robin Ramcharan are directors of Asia Centre -- a non-profit organisation working to create a human rights impact in the region. The article is an adaptation from Asia Centre's report, 'Hate Speech in Southeast Asia: New Form, Old Rules'.