Thailand must be a friend to Myanmar people
Opinion

Thailand must be a friend to Myanmar people 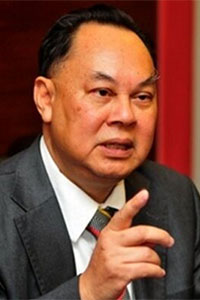 Ten years ago, when Myanmar's then-ruling junta initiated a series of reforms to open the country up after decades of military rule, was also the time I was Thailand's foreign minister. I remember well how myself and other Asean foreign envoys met regularly with our Myanmar counterpart ahead of Myanmar's 2010 general election -- a heavily flawed vote, but one that would pave the way for some form of democracy in the country.

These meetings were typically informal, taking place over a glass of wine or a cup of coffee, but were important in assisting the Myanmar government in keeping to its plan of moving beyond its isolationist rule, and being accepted into the international fold. Through these meetings, Asean in many ways became the midwife in Myanmar's reform process.

There were well-documented flaws in the years of quasi-civilian rule that followed, including in the National League for Democracy government, which came to power following the country's first free and fair election in decades, held in 2015. Yet, there can be little doubt that improved job opportunities and greater freedoms were cause for optimism among much of Myanmar's population and the regional and international communities.

With the Feb 1 coup, those gains have been stripped away, and the country's economy now stands on the brink of collapse, while every day the military commits violence towards unarmed protesters. The current crisis in Myanmar is not good for anyone: not the Myanmar people, not Thailand, not Asean.

As a body that played such an important role in helping to initiate the reforms in Myanmar, Asean not only has the right, but the responsibility, to act decisively and take concrete actions to ensure that Myanmar's generals end the violence, reverse their coup, respect the will of the people, and allow democracy to prevail in Myanmar.

Such a move will require leadership from some of Asean's member states. Since the Feb 1 coup, however, Thailand has not demonstrated this.

Thailand played an important role in the opening of Myanmar 10 years ago, particularly as the Asean chair in 2009, encouraging Myanmar to release political prisoners, and to be inclusive of all political parties in the leadup to the 2010 election.

Sadly, I have been deeply disappointed by my government's response -- or lack thereof -- regarding the violence and chaos that has been unleashed in our neighbouring country.

On the day of the coup, Prime Minister Prayut Chan-o-cha described the situation as "an internal affair" for Myanmar, while Thailand's most recent statement on the crisis, issued on March 11, expressed sadness about the loss of lives and called on "all sides" to exercise restraint and flexibility. This as Myanmar's security forces have turned their guns on largely peaceful protesters in recent weeks, killing more than 200 people.

It is in Thailand's best interests to respond effectively. With Myanmar's economy, and government apparatus, on the brink of collapse, the country is at a tipping point. A further deterioration of conditions in Myanmar would almost certainly lead to a refugee crisis in Thailand, placing greater strain on its resources, while chaos and fighting at the two countries' borders would risk the proliferation of illicit goods, notably arms and drugs. The risk of the spread of Covid-19 would also increase.

Instead of standing on the sidelines, Thailand should use its relationship with the Myanmar generals to ensure they immediately stop the ongoing bloodshed, and help them realise that they are isolated at home and abroad: The entire nation is uniting against their illicit power grab and the region has had enough of having to defend them in the global arena.

Thailand should publicly and proactively support efforts made by Malaysia, Singapore and Indonesia, which have all pushed for the bloc to play a direct role in addressing the disastrous situation in Myanmar. Last week Indonesian President Joko "Jokowi" Widodo called for a special Asean leaders' summit to discuss the situation in Myanmar.

The meeting should include an invitation to the UN Secretary-General's Special Envoy for Myanmar, Christine Schraner Burgener to establish a strong and decisive joint response to the ongoing crisis, and also presents an opportunity to arrange a joint delegation between Asean and Ms Schraner Burgener to travel to Myanmar to monitor the situation and help negotiate a democratic solution.

Thailand should support such a meeting, and extend an official invitation to the UN Special Envoy to come to the region. Thailand must also ensure that all those escaping Myanmar are allowed to seek asylum and be granted protection as refugees.

Beyond the special Asean Summit on Myanmar, one immediate step the grouping should also consider would be to not extend any invitation to the junta's officials to attend its meetings as long as the violence against peaceful protesters continues.

Until now, Asean has hidden behind its much-criticised "principle of non-interference" as an excuse for not stepping up on the Myanmar issue, yet when member states demonstrate the political will to act, the non-interference principle is effectively ignored. In 2005, for example, Asean leaders pressured Myanmar to forfeit its role as the bloc's chair the following year after the US and EU governments threatened to boycott Asean meetings. After the devastation of Cyclone Nargis in 2008, the grouping was also able to engage with Myanmar's generals, who had rejected international assistance, and played a crucial role in ensuring humanitarian assistance reached affected communities.

The breaking of the non-interference rule has not always occurred in the context of Myanmar. When I was Thailand's foreign minister, Asean intervened to help put an end to a border dispute between ourselves and Cambodia.

So it's clear that Asean could do more; it is just a matter of political leadership and willingness. Thailand should be at the forefront of the group's response and play the significant role it once had in the region's foreign policy.

Thailand's government was a friend to the Myanmar people in the past, assisting in helping to bring an end to decades of military rule. Instead of standing on the side of Myanmar's generals, who have wrought devastation on the country, it's time for our government to support the Myanmar people, and be their friend once again during their time of need.

TOKYO: US President Joe Biden launched a new Asia-Pacific trade initiative on Monday in Tokyo, with 13 countries including India and Japan signed up, although questions about the pact's effectiveness remain.