Cultural And Religious Authorities Have Bigger Tilapia To Fry
Opinion

Cultural And Religious Authorities Have Bigger Tilapia To Fry

A Thai dessert shop in Samut Songkhram got creative by introducing alua in various shapes of Buddha amulets, whose pictures of which went viral last week. Various cultural and religious authorities -- shock horror -- cried foul over this idea. 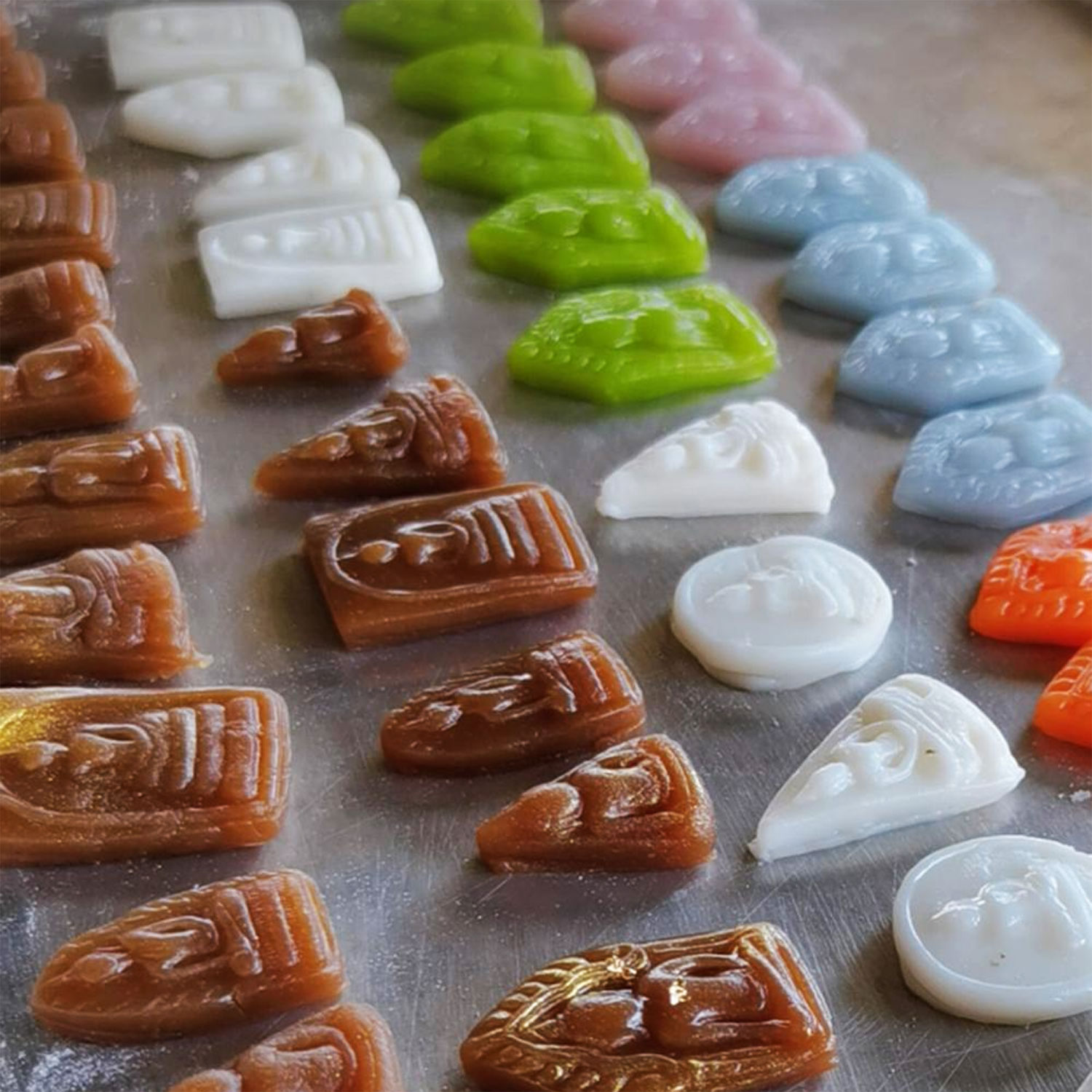 Samut Songkhram's Provincial Office of Buddhism and the Office of Culture agreed that the amulet dessert is inappropriate. They feared that once such a dessert went bad, cats and dogs would eat it and that's inappropriate because Buddha amulets are sacred objects for worshipping.

With due respect, as a casual Buddhist, I think there're more pressing issues that perhaps the religious and cultural authorities should look into.

Millions of baht exchange hands for a single piece of Buddha amulet made of materials that have been blessed and believed to be so sacred, while, on the other end, you can also find baskets full of Buddha amulets being sold for B50 a piece. Idolatry much?

When you go to a temple, you're not taught to let go of any attachments. I would argue that you're encouraged to hold on to them. There may be dead tree trunks onto which you rub the powder to search for a clue for the next jackpot number. There may even be a statue of a ghost kid for you to pay respect to by lighting firecrackers.

How about huge statues of revered dead monks that you can see on Google Map? I don't think self-aggrandising is becoming in Buddhism. Some touristy temples I've been to even set up photo-taking corners so worshipper can take their IG shots. Vanity in holy vicinity, anyone? How about Chinese and Hindu deities sharing the same temple with the Buddha? I guess Thai-style Buddhism is polytheism. I can go on and on. And I would even argue that some of these practices are more objectionable than the amulet alua.

Why the heck are all these things acceptable but eating alua in the shape of Buddha amulets aren't? If you're going to give leeways for (or turn blind eyes on) these practices found at Buddhist temples, why can't you just let the dessert be? Thai-ified Buddhism has taken a life of its own and over time people add new elements to their own concept of Thai Buddhism (animism, multi-faith worshipping, superstition, commercialism and so on).

Mind you, I'm not saying that these practices should be eradicated. If there are people who really need these practices to afford themselves peace of mind or morale boost, or even bring business to their communities, I'll say go ahead. If someone wants to make visiting a temple a fun and colourful experience with many activities to do, I'll again say go ahead.

What I can't tolerate is hypocrisy. For any authorities to make a big fuss over this, I think they're at risk of exposing their own hypocrisy. Clearly, they have much bigger tilapia to fry, if they think amulet dessert is off the limit. They could have just been chill about it.

I would go as far as arguing that this dessert can be a very religious experience. Think of it as a Buddhist counterpart of the Eucharist. Wheat flour and sugar are Buddha's body while coconut milk is his blood, obviously.

Consuming a piece of Buddha image alua is a way to show that you accept his teachings into your life; one of which is to not grow attached to anything even an object in his likeness, and that's why you chew it. As you chew it, savour in the fleeting sweetness and fragrance as you muse over the concept of impermanence of everything. Only his teachings stand the test of time.

Very becoming of a Buddhist, if you ask me!