A humanitarian crisis by the Salween River
Opinion

A humanitarian crisis by the Salween River

The situation for Karen war refugees at the Thailand-Myanmar border by the Salween River in Mae Hong Son has gone from bad to worse. 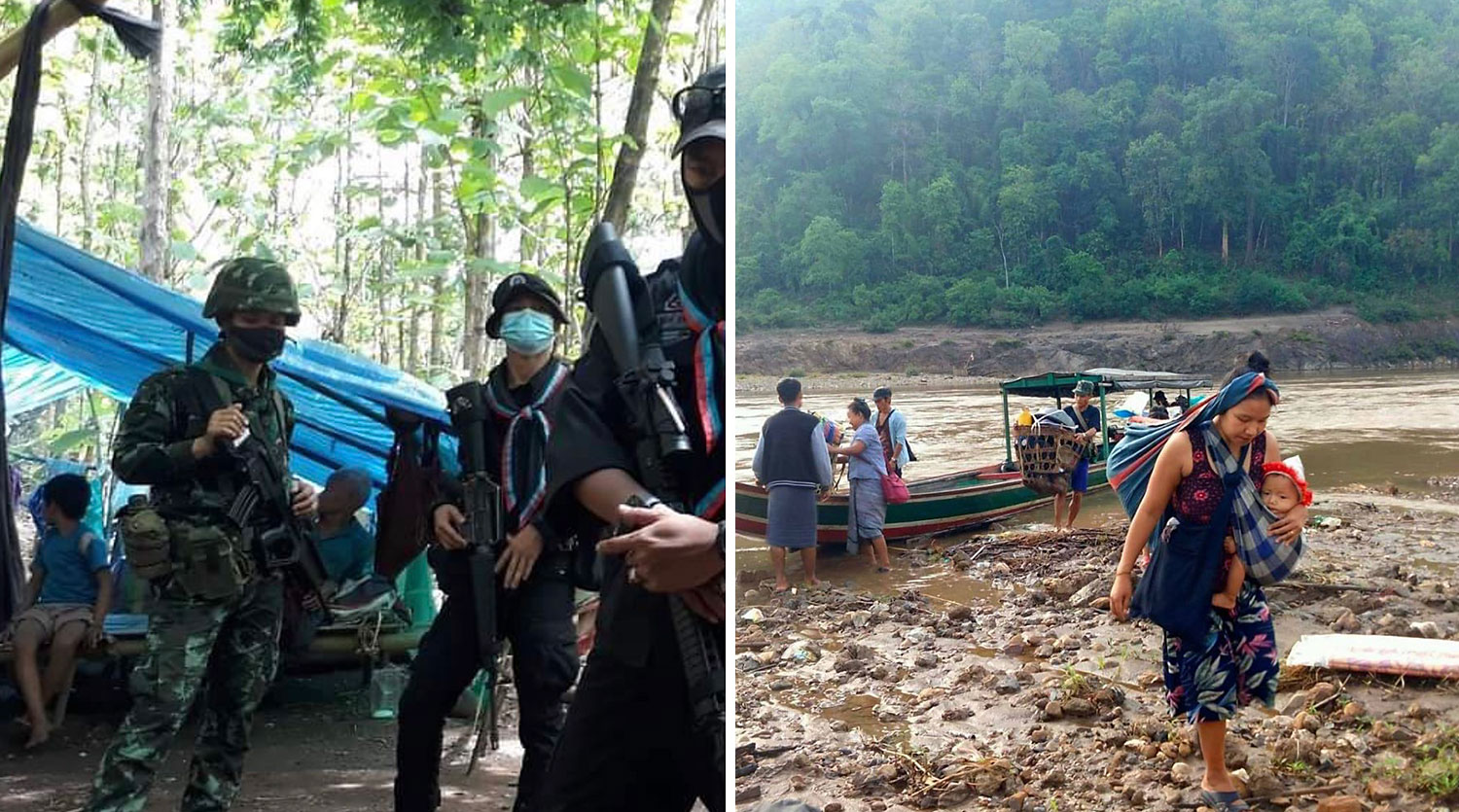 Airstrikes by the Myanmar junta's army by the Thai border have triggered an influx of about 3,000 people from Karen State. They crossed the Salween River to stay temporarily in Thailand for the second time. Similarly, people from two villages in Thailand have had to flee the shelling.

As media reports have subsided, access to the temporary shelters for the refugees by the Salween River has been blocked. It makes access to information even harder. There has since been less coverage of the situation via social media, Facebook or Line. It reflects the efforts of the Thai security forces who think they are on top of the situation.

Of late, efforts have been discreetly made to push back the refugees even though the villagers are still concerned about their safety. The jet fighters continue patrolling and bombing their villages almost every day. The Thai authorities claim they are trying to negotiate to have them return on a voluntary basis.

Seventy-two refugees who sought refuge at Huay Ko He were told by the commander of the military ranger unit at Tha Ta Fang that they had to return on May 8. As a result, against their will, the villagers had to move back even though they are still concerned about their safety, particularly due to Myanmar's jet fighters. The remaining refugees who dare not return are mostly women and children. They have pleaded with the Thai authorities to let them stay there temporarily but when the situation gets better, they will certainly have to go back.

The Defence Ministry's spokesperson on Sunday came out and reportedly insisted that over 2,000 people who had fled the hostilities in Myanmar to Thailand have been provided shelter and the military had set up a "safe zone" in Mae Hong Son province to accommodate them.

The People of the Salween River Basin Network deems that given the volatile situation along the border, the Thai authorities need to assess the situation comprehensively based on correct information and reliable sources. They should consider measures that can help to assist people who have fled from war based on humanitarian principles along with making an effort to monitor and assess the situation closely while consistently upholding both national security and humanitarian principles.

The network urges the Thai authorities, the Thai government and security agencies to do as follows:

First, the Thai government and the Defence Ministry as part of Thailand's security agencies should coordinate and tell the Myanmar army to stop their air strikes along the Thailand-Myanmar border immediately. The Myanmar army must stop bombing civilian houses since such air strikes have disproportionately affected civilians prompting them to flee the Karen State and cross over into Thailand for their safety. The bombing also affects Thai communities along the border in Thailand.

Secondly, Thai security bodies should allow those fleeing from armed conflicts to stay here temporarily for their safety based on humanitarian principles and ensure they urgently have access to humanitarian relief. Thailand should not drag its feet any longer since these refugees in temporary shelters are composed of newborns, young children, pregnant women, and those suffering from diarrhoea and malaria, etc.

Third, these refugees should have access to humanitarian relief and the process should be made transparent. Thai authorities must not push them back to face deadly risks from the crackdown. The refoulment which subjects the refugees to potential danger is a breach of international customary law, namely non-refoulment which should be adhered to and respected. The villagers should be asked for their consent and make the decision by themselves to return when they find the situation suits them.

Last week, the local civil society network held a meeting with Sitthichai Jindaluang, governor of Mae Hong Son province and related state agencies, to discuss the situation of war refugees and the armed conflict along the border and the Salween River. The governor explained that the situation falls under the jurisdiction of the security agencies and they are now on top of the situation. The provincial authorities are ready to offer help as requested by the security agencies.

It is hoped that the governor will set up a provincial taskforce composed of representatives from various agencies and parties. They should coordinate their intelligence and explore ways to offer help to the refugees based on humanitarian principles.

The border area has been hit hard by heavy downpours, and being displaced in the forests, plastic sheets are hardly enough for shelter. How can the refugees, the older people, the newborn, young children and the sick survive?

As a Karen ethnic Thai citizen, I hope Thailand stands side by side with our Myanmar counterparts, be it the Karen, Shan, Kayah, Burmans, etc, and becomes part of the effort to bring the violence in Myanmar to an end as soon as possible.

Chai Pongpipat Meebejamart is an ethnic Karen human rights activist and a member of the People of the Salween River Basin Network, a civil rights group based in Mae Hong Son province.