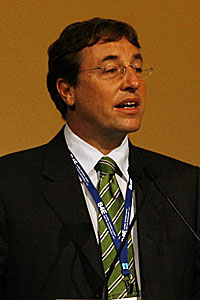 At this pivotal moment for people and planet, the world has a once-in-a-generation opportunity to advance an inclusive socio-economic recovery from Covid-19 that drives down poverty and inequalities; advances the protection of our natural world; and boosts decisive climate action. Yet the foundations that all these ambitions are built on -- trust between people and governments -- has been eroded by the Covid-19 pandemic. Through misinformation and division, it has been argued that the media and governments are feeding a vicious cycle of distrust and "exploiting it for commercial and political gain". The key to reversing this worrying trend is strengthening civic space, so that everyone can speak out about the future they want.

Despite the world's health, wealth, and education outcomes being at an all-time high, this lack of trust is making people feel apprehensive about their futures. A recent report by the United Nations Development Programme (UNDP) underlines the strong association between declining levels of trust and feelings of insecurity. People with higher levels of perceived human insecurity -- defined as freedom from want, freedom from fear, as well as freedom from indignity -- are three times less likely to find others trustworthy.

Like other parts of the world, civic space in Asia and the Pacific continues to shrink with many countries rated as "closed", "obstructed", or "repressed". In the past five years alone, countries in Asia have adopted 47 new measures restricting civic space. Moreover, misinformation and hate speech continues to sow misinformation and crowd-out evidence-based news, fermenting intolerance and even conflict. Therefore, UNDP is working with countries throughout the region to protect and restore civic space.

First, we are empowering people -- especially young people, women, and marginalised communities such as persons with disabilities, the LGBTI community and indigenous people -- to become more active citizens in their countries' pathway towards the Global Goals. For instance, together with Unicef and our partners, we have assisted over two million young people in the region to improve their digital skills. That is helping to build a new cadre of young leaders -- engaged and socially aware -- so that can have their say on critical issues like climate action, and their future. This is vital work given that 49% of tech experts surveyed recently predicted that the use of technology will weaken democracy in the coming years. As part of efforts to proactively address this area, UNDP, through the Tech For Democracy initiative led by Denmark, is helping to make technology work for democracy and human rights, not against them. That includes pinpointing new ways that technology such as Artificial Intelligence can enhance democratic values and practices such as inclusion, transparency, and accountability to restore trust in democracy.

Or look to the Youth Empowerment in Climate Action Platform, which has already engaged 12,000 young people, helping them to get more engaged in the design and implementation of countries' climate pledges under the Paris Agreement known as Nationally Determined Contributions. Or consider the Youth Environmental Living Lab in Malaysia that is providing young people with the skills and space to design and lead much-needed local environmental initiatives. Indeed, our Social Innovation Platforms in Indonesia, Pakistan, and Thailand are helping to drive new forms of collaboration between communities, local governments, and businesses. To take just one example, in Pakistan, we are prototyping new methods to grow fruit and vegetables in mountainous villages located at 3,000 metres -- this new cooperation is improving crop yields, food security and livelihoods.

Third -- countering hate speech, polarisation, and misinformation by promoting tolerance, diversity, and factual narratives is crucial. As part of these efforts, UNDP is working directly with social media platforms to develop more effective policies against hate speech and misinformation. And look, for instance, to the United Creatives programme, where 40 young leaders, influencers, and creators were supported to build creative digital campaigns to address gender-based hate speech and stigmas around mental health. We are also amplifying the voices of young people as agents of change. That includes building new dialogue platforms in the region, which are helping young people to engage with key decision-makers like Members of Parliament for the first time.

To build forward better from Covid-19, everyone must be able to have a say in their future. That means forging better connections to the governments that serve them including through the use of cutting-edge technologies. If the world places a renewed focus on the missing link of rebuilding trust, there is well-founded hope to realise a greener, more inclusive, and more sustainable future sooner than expected.

Achim Steiner is Executive Director of UNDP and Under-Secretary General at the United Nations.