Ahead of the 2022 Bangkok gubernatorial election, every Bangkokian and their mother can't escape campaign posters. While you may think that most of them are a visual nuisance and take away precious spaces on our sidewalks and public spaces, over the years these campaign posters have seen quite an interesting evolution. I've dug into Bangkok Post's archive to find a few memorable campaign poster moments for your entertainment. *These posters aren't limited to campaigns for Bangkok governor. 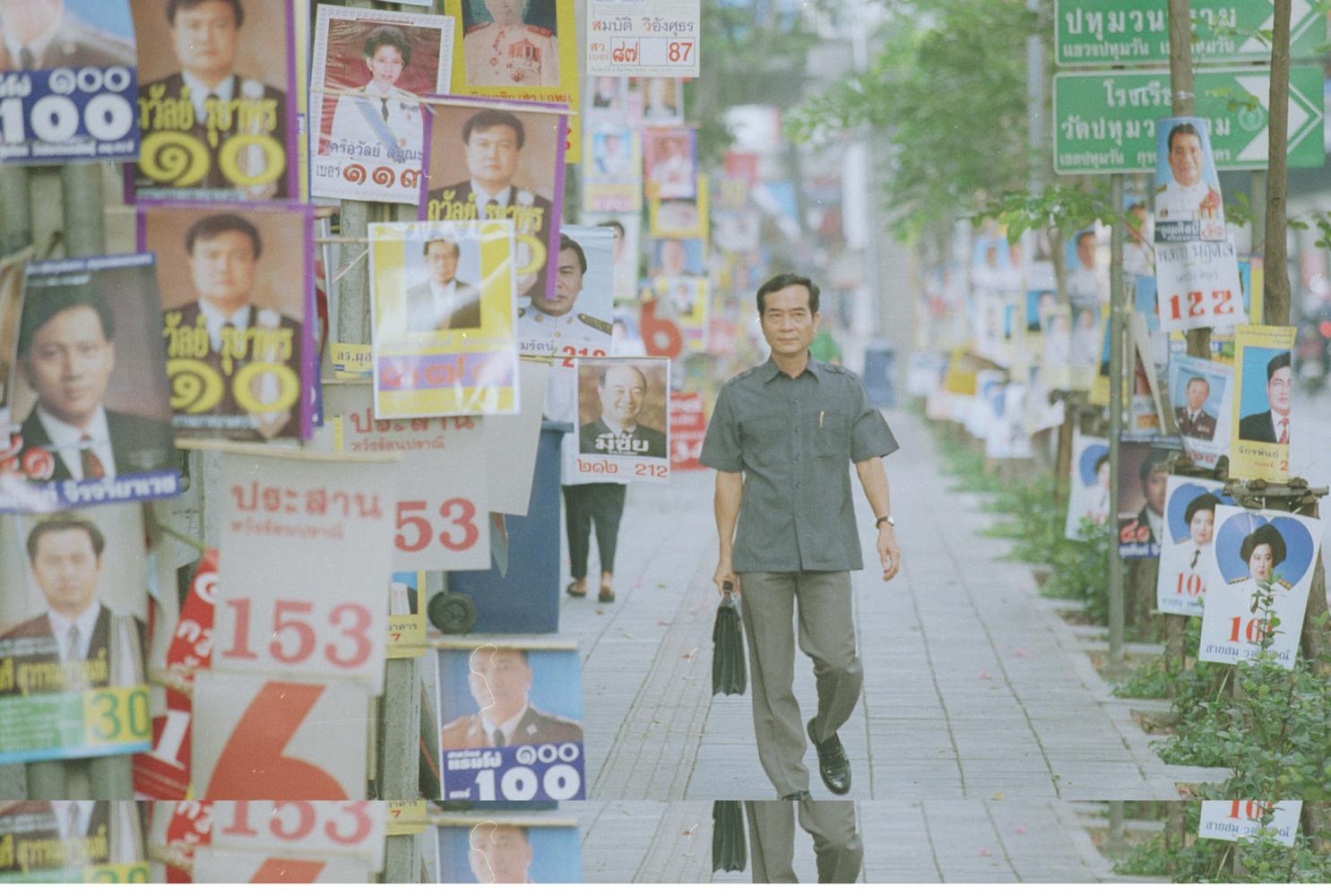 You would like to think that we have it bad now but this picture from 2000 suggests it could have been worse. Much worse. 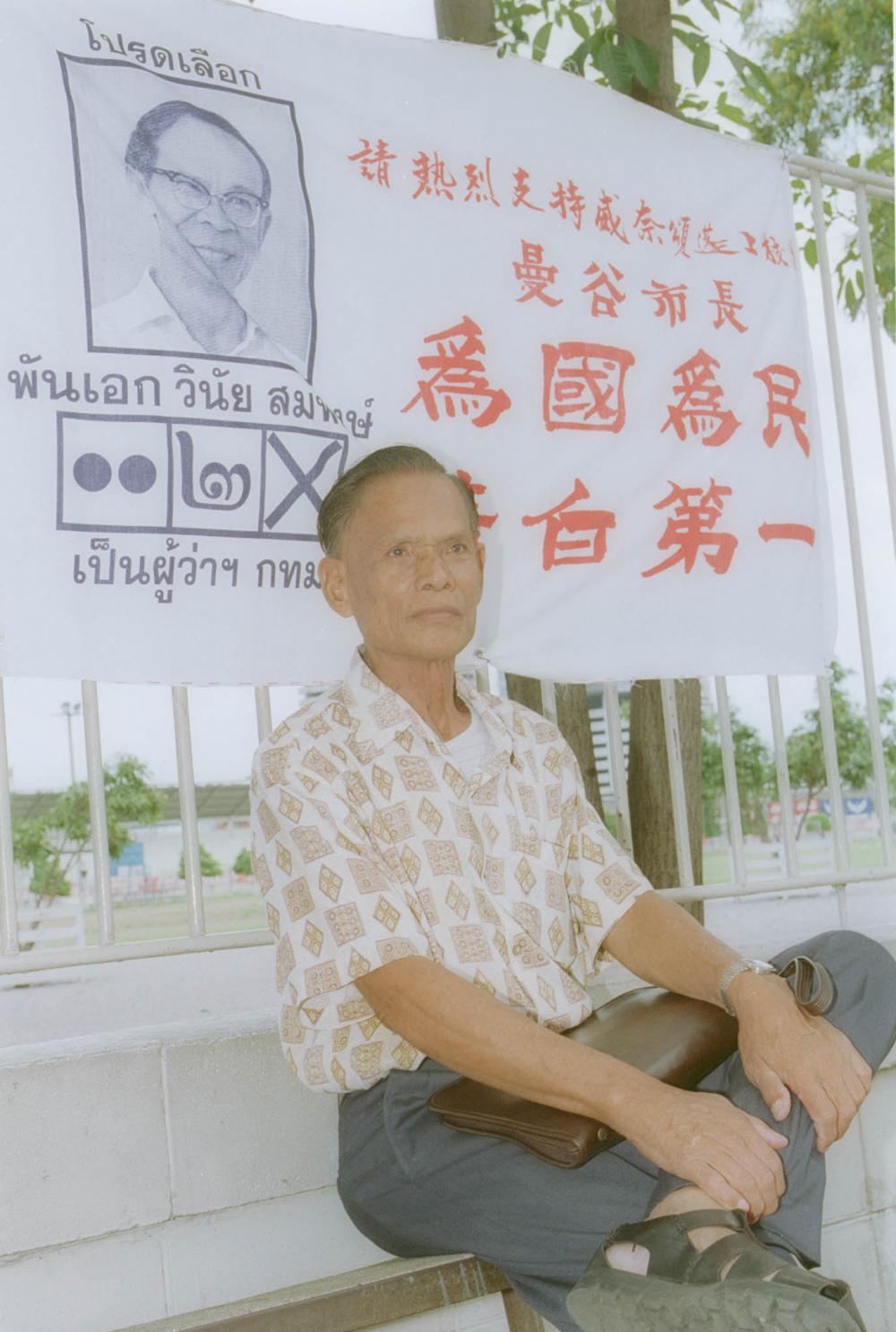 A bus passenger sat in front of a campaign poster for Vinai Sompong, who was wooing the Chinese vote in his bid to become a Bangkok governor in 2000. If you can read Chinese, please email me what was said. 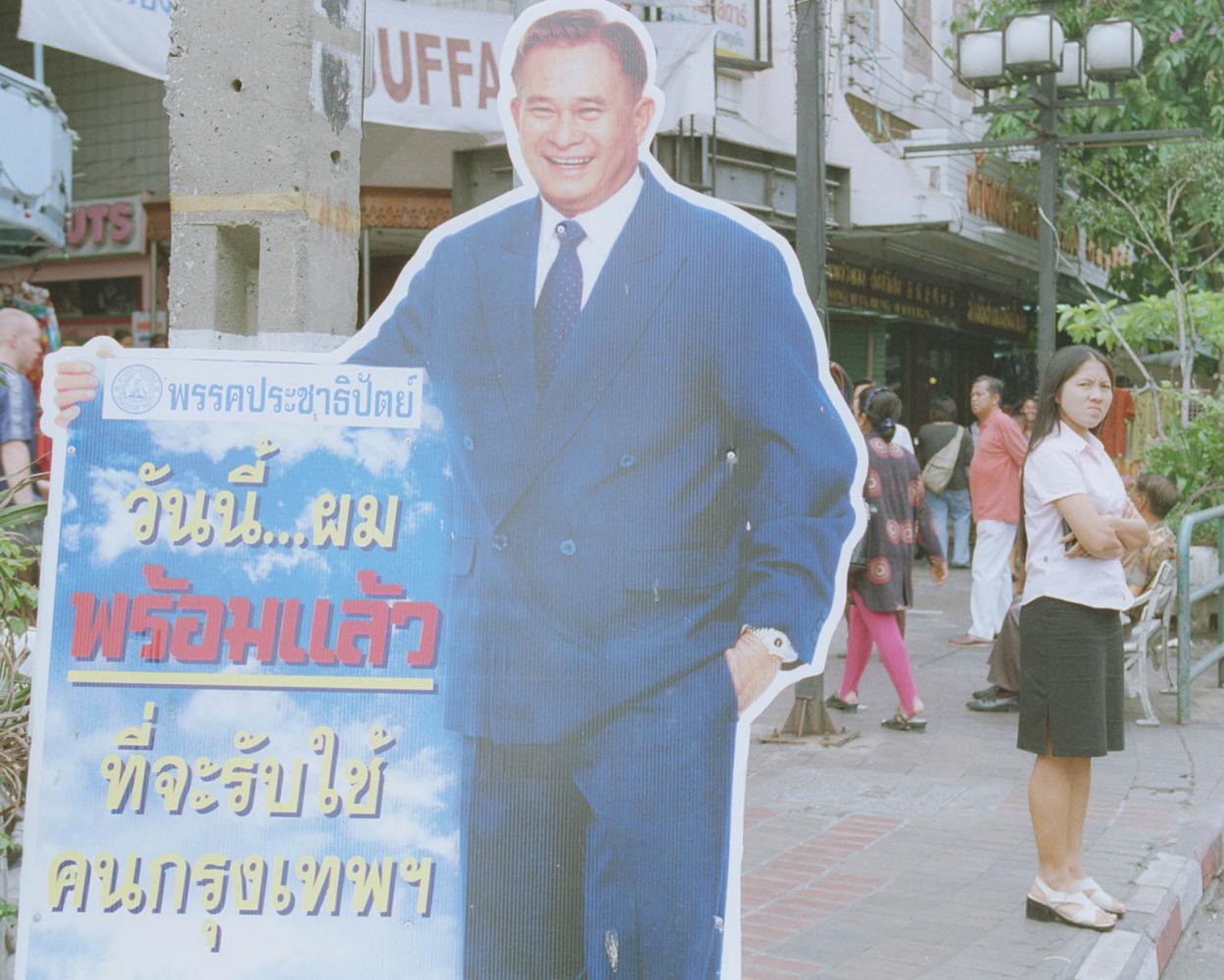 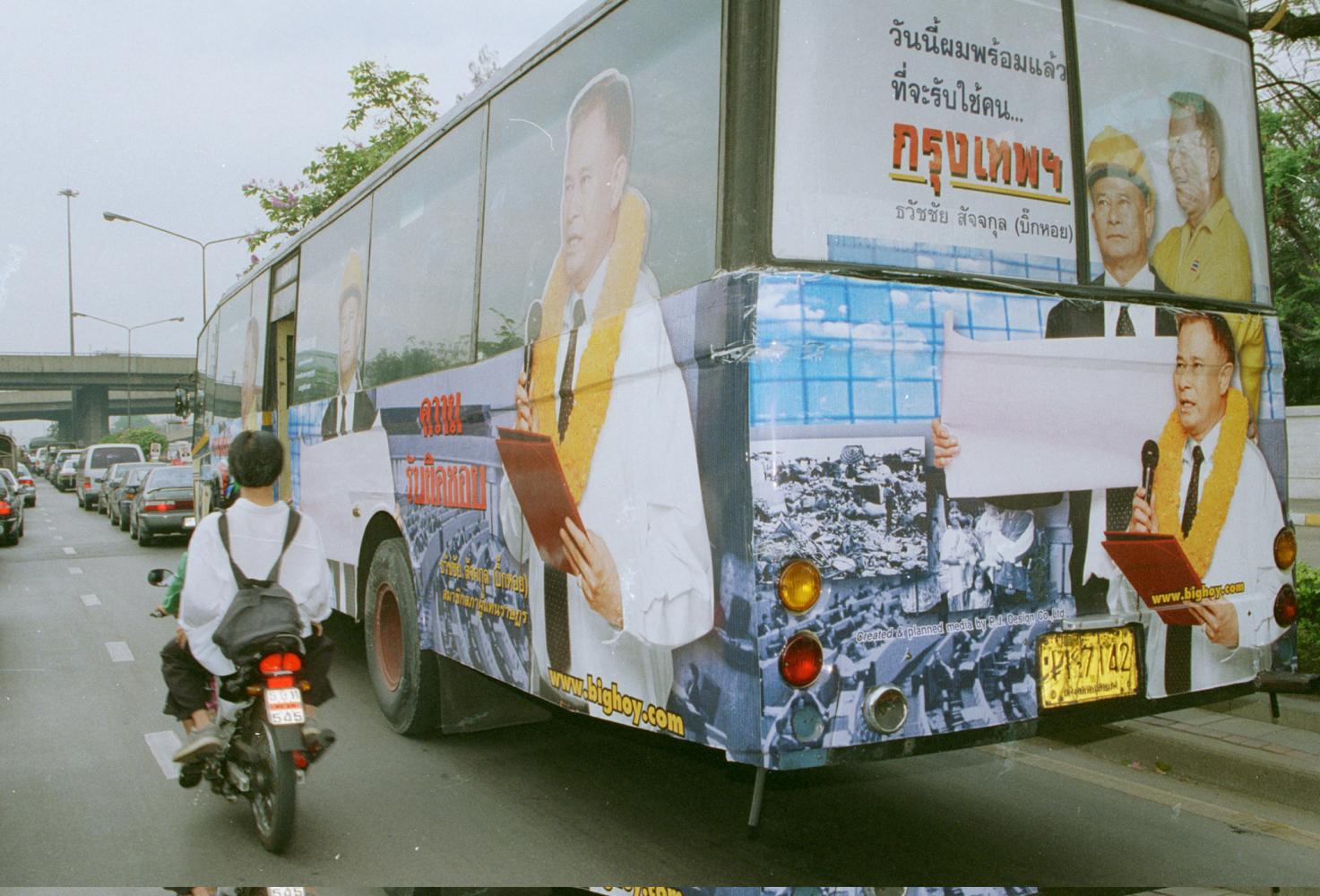 In 2000, Khun Thawatchai seemed to be quite creative when it came to getting people's attention. This air-con bus carried his campaign posters so his face could be paraded around Bangkok. Talk about being taken for a ride! 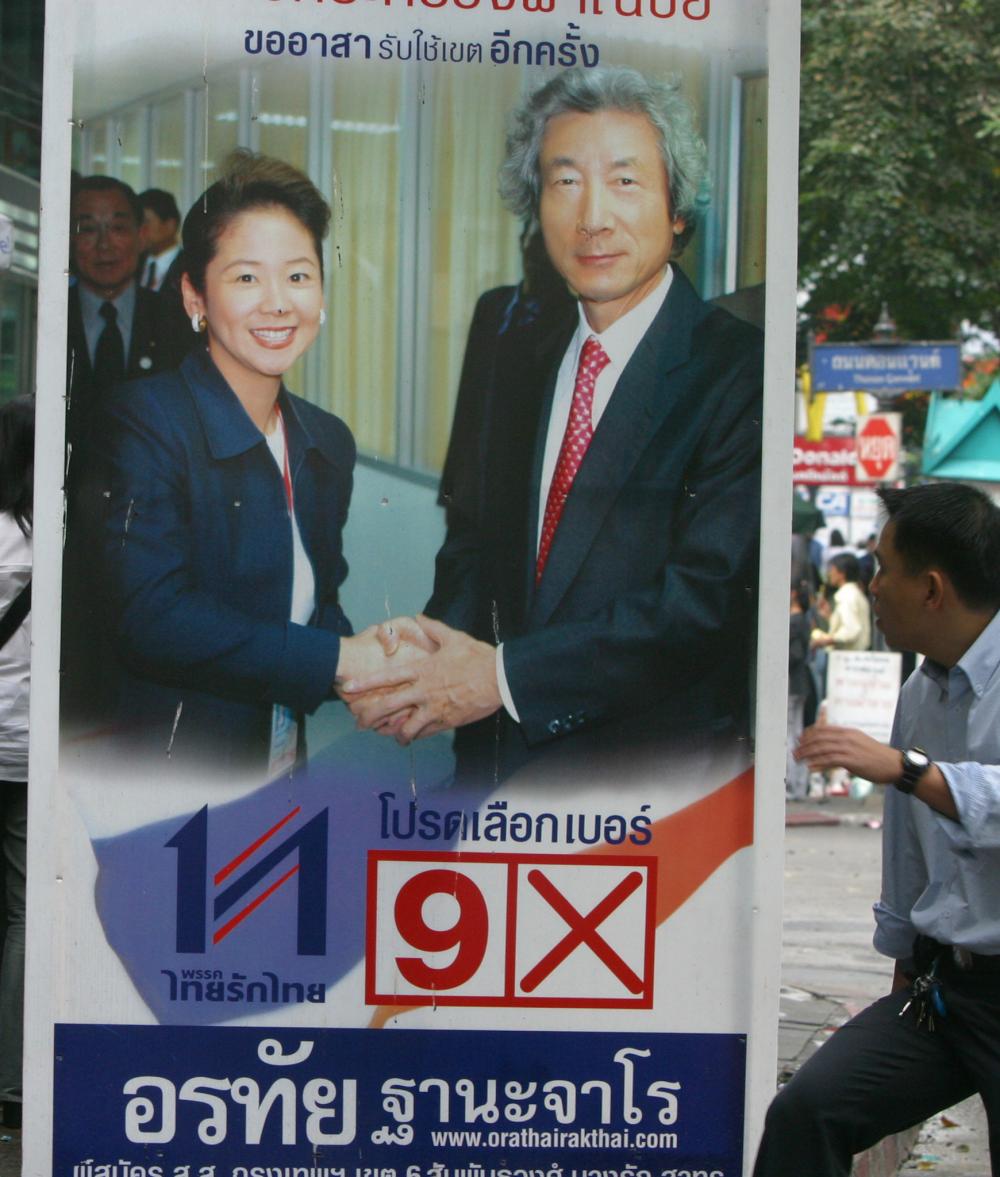 A campaign poster showing Thai Rak Thai election candidate Orathai Thanajaro shaking hands with Japanese Prime Minister Junichiro Koizumi attracted the attention of passers-by on Silom. This is, obviously, a name-dropping tactic but all the posters were taken down shortly afterward. Apparently, the Japanese embassy were not happy with the picture's use until it was reported in Tomiyuri Shimbun. 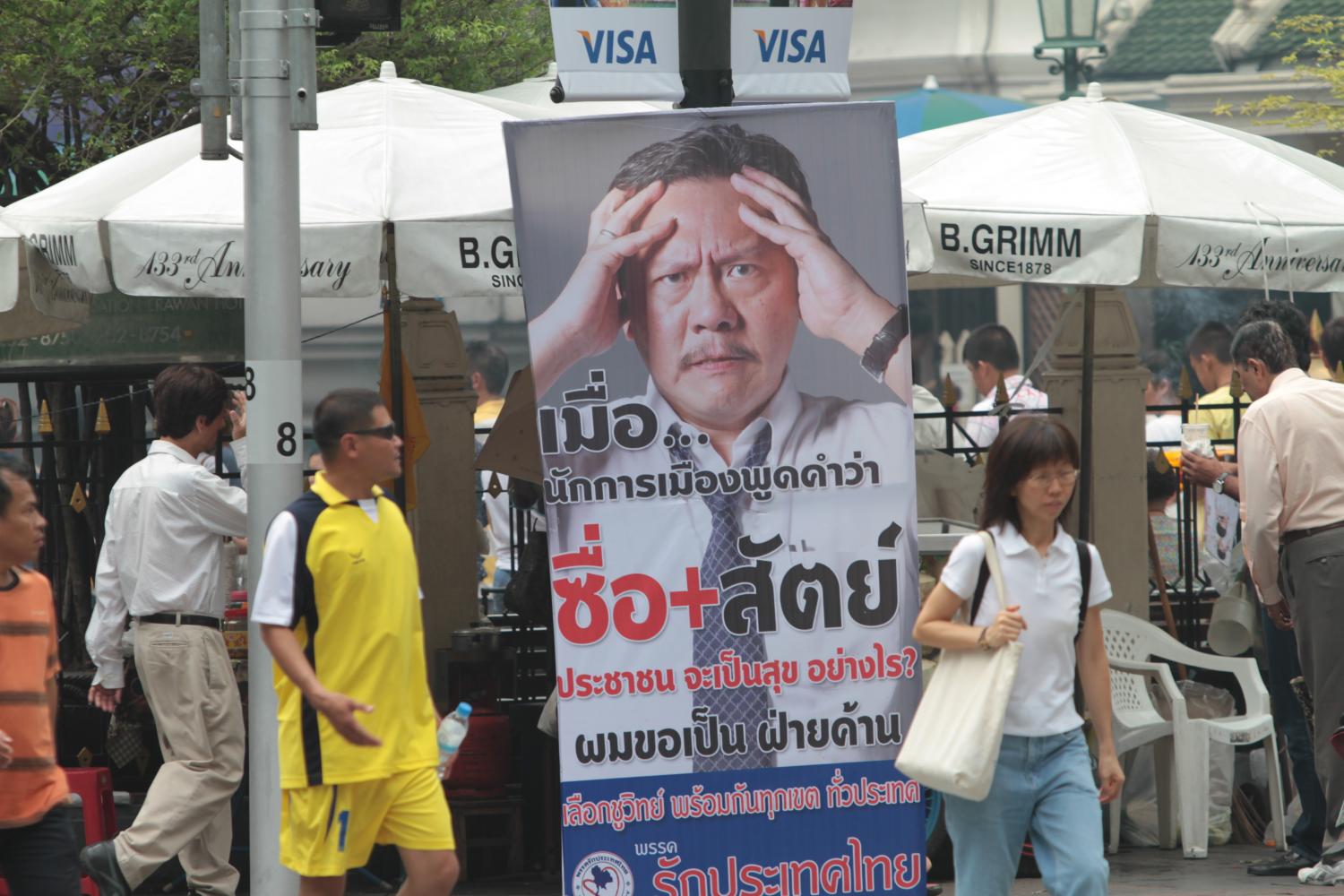 While most candidates try to look respectable and proper on their posters, Chuwit Kamolvisit stood out with his expressive face during his bid to become Bangkok governor in 2008. He may have given good face, but not good enough to win the election. 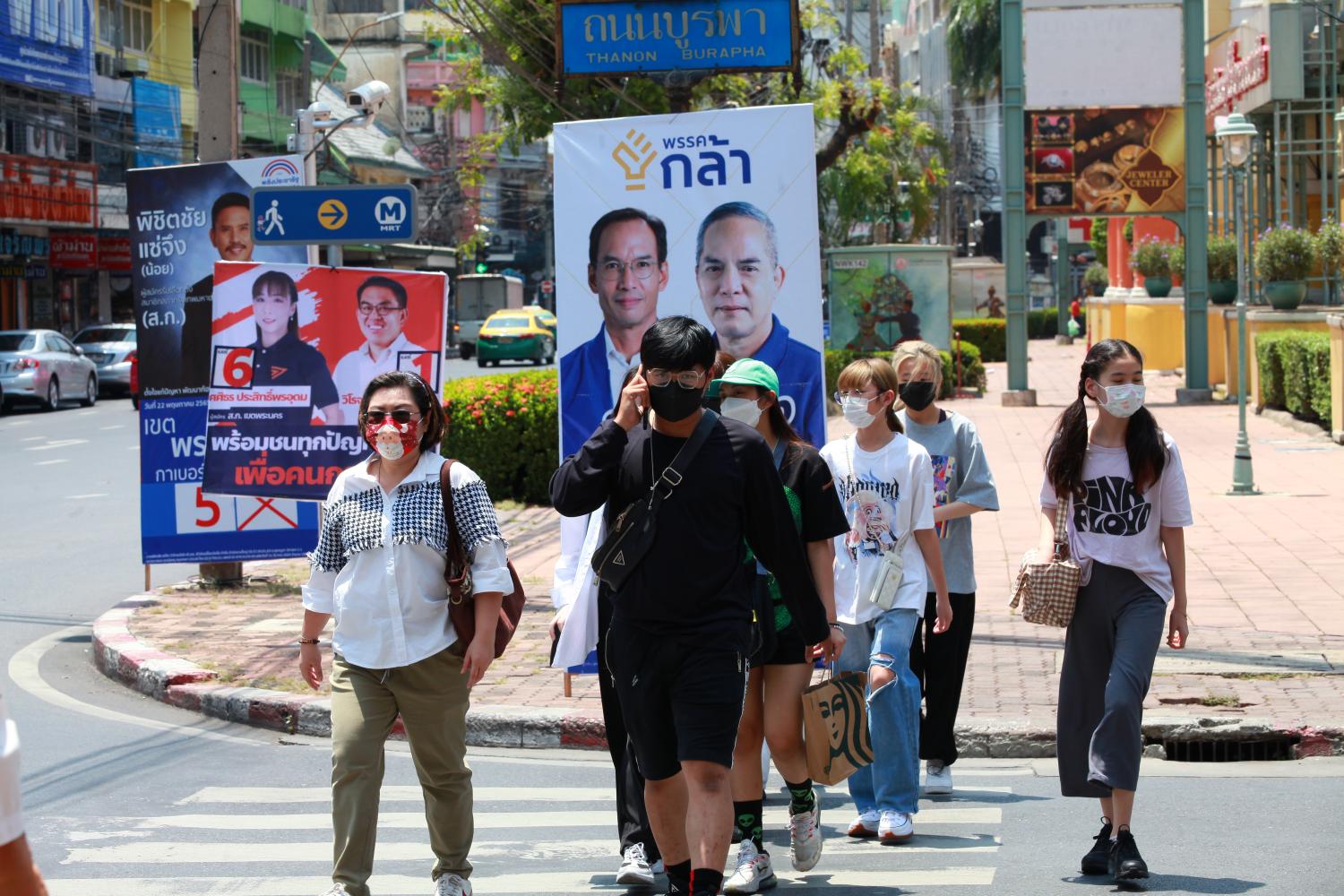 Yes, let's put up posters near the zebra crossing 'cause it's not dangerous enough for Bangkokians to cross the street. Sadly, circa now.