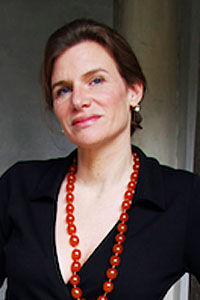 The pandemic is not over. While the summer of this year is very different from the summer of 2020, because we now have vaccines, treatments, and a better understanding of the virus, it's not enough. Every week, 15,000 people still die from Covid-19. Poorer countries still struggle to deploy vaccines, tests, diagnostics and other tools. And countries at all income levels remain woefully unprepared for the next pandemic, even though experts warn that its arrival is a matter of "when", not "if".

Since the beginning of the Covid-19 pandemic, global leaders have acknowledged the need for greater coordination, collaboration, and collective financing to support improved pandemic preparedness and response (PPR).

Following the recommendations of a High-Level Independent Panel, the G20 agreed last June to establish a new Financial Intermediary Fund (FIF) -- hosted by the World Bank, in partnership with the World Health Organization -- to help fill the US$10.5 billion (over 382 billion baht) annual gap in PPR financing.

Many see the FIF as a long-overdue opportunity to change how we collectively address global common goods like health (or climate). Under a more inclusively governed global PPR support system, all countries would participate in decision-making and burden-sharing, and all would reap the same collective benefits. This would mean moving away from the outdated and ineffective donor-beneficiary status quo, where PPR is viewed as just another "development" project.

After significant advocacy by poorer countries and civil society, the FIF is being designed to embody a more equitable and balanced governance model, with decision-making split evenly between rich donors and participating countries. But the question now is whether this formal balance of interests will become an operational reality. If low- and middle-income countries don't feel like they are in the driver's seat of their own national PPR strategies, the FIF will quickly become an unwanted and burdensome distraction.

This outcome is even more likely if there is little money on offer. Unfortunately, FIF pledges so far total just $1.4 billion, which is around one-tenth of the world's annual PPR financing need, according to the World Bank.

Worse, there is no guarantee that such funding will be sustained over the long term, as demonstrated by the current struggles of the Global Fund, the Coalition for Epidemic Preparedness Innovations, and other institutions to replenish their funding. The Access to Covid-19 Tools (ACT) Accelerator -- which hosts the global Covax vaccine-access facility -- still has a $15.2 billion funding gap for the 2022–23 fiscal year. The tepid global response to the FIF's initial financing push -- much of which appears to be cannibalising from other important global health funds -- does not bode well for the future.

Moreover, even if fundraising from short-sighted rich countries was not a problem, the FIF is designed to target only a small part of global PPR financing needs. One major area that it misses is national health systems.

For example, longstanding worldwide vaccination programmes are now running deficits, increasing millions of children's vulnerability to infectious disease. And Covid-19 has channelled money away from critical public-health priorities like combating HIV/Aids -- an enormous challenge in its own right which also increases vulnerability to Covid-19 and other diseases.

The success of the FIF's PPR efforts requires a massive increase in financing for health systems in low- and middle-income countries, going well beyond the relatively meagre and narrowly targeted $1.4 billion, and more comprehensive and creative approaches to expanding poorer countries' fiscal space to invest in health.

For example, under Prime Minister Mia Mottley's dynamic leadership, Barbados is about to become the first country to include a "pandemic clause" in its sovereign bonds, allowing it to suspend debt repayments in the event of a pandemic. This innovation mirrors the natural-disaster clause that it introduced in its recent debt restructuring, following a series of devastating hurricanes.

Given today's unprecedented levels of debt -- which have been compounded by inflation, food insecurity, and climate-related disasters -- such clauses are a no-brainer. Low- and middle-income countries should start adopting them en masse.

For its part, the International Monetary Fund needs to take the lead on developing a more ambitious "debt-to-health swaps" mechanism, so that countries don't have to choose between buying essential medicines and repaying US and European hedge funds. And it should go without saying that the IMF must move away from its arbitrary and devastating austerity programmes, which consistently force countries to cut public spending and keep money in reserves even when they are facing utterly destabilising climate, health, and socioeconomic crises.

An inclusively governed and well-funded FIF could make critical inroads toward preparing the world for the next pandemic, but only if it is accompanied by major reforms to the framework for financing global health initiatives.

Without broader and immediate resourcing and relief efforts to stabilise low- and middle-income countries' economies, the FIF risks becoming a band-aid on a gunshot wound. ©2022 Project Syndicate

Mariana Mazzucato, Founding Director of the UCL Institute for Innovation and Public Purpose, is Chair of the World Health Organization's Council on the Economics of Health for All.

Mariana Mazzucato, a professor of economics at SPRU at the University of Sussex, wrote 'The Entrepreneurial State: Debunking Public vs Private Sector Myths'.