Eight years ago yesterday, Islamic insurgents launched a surprise raid on an armoury in Narathiwat and stole 413 firearms, most of them M16 assault rifles. That daring raid on Jan 4, 2004 marked the start of a renewed insurgency by a new breed of hardcore militants which, sadly, has dragged on till today with no sign of abating, whether in terms of intensity or ruthlessness. 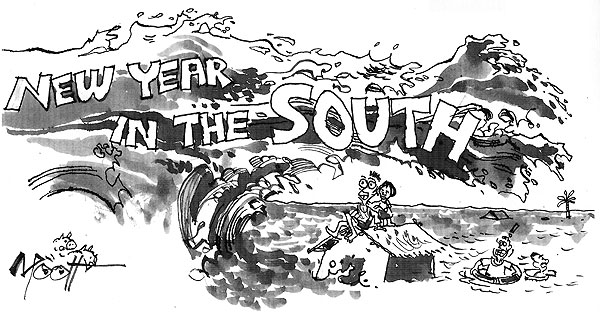 Latest statistics complied by the Isra news agency show that the war has so far claimed a total of 5,243 lives and injured 8,941 people. The death toll includes 4,215 ordinary citizens, 351 soldiers, 280 policemen, 148 teachers and educational personnel, seven Buddhist monks and 242 suspected insurgents. The violent conflict has also produced 2,295 widows and 4,455 orphans.

Financially, the government has spent more than 161 billion baht in the restive deep South for military operations and on development projects over the past eight years. Of this staggering expenditure, about 70% was spent on military operations to tame the insurgency.

Other interesting facts gleaned from the statistics are as follows: There were more than 12,000 violent incidents during the past eight years, averaging 2.7 incidents on any single day. Of that total, 2,265 incidents were bombings. Of the more than 1,600 weapons seized by the insurgents, only 500 have been recovered.

The military earlier claimed that the situation in the deep South had improved somewhat, with fewer violent incidents. But the latest statistics tell a different story. Last year alone, a total of 535 people were killed and 1,049 injured from 671 violent incidents, compared with 521 killed and 941 injured in 652 incidents in 2010.

Given such statistics of the past eight years, it is apparent that military operations have not been successful in curbing the activities of insurgents, let alone neutralising the rebels. And we are not any closer to winning this dirty war which has claimed more innocent lives than the warriors from the two sides. Hence there is a real need for soul-searching by the military to find out where the military approach has gone wrong and whether more emphasis should be placed on non-military policies when dealing with the restive region.

The Southern Border Provinces Administration Centre has recently embarked on a new approach, reaching out to local religious and community leaders in an attempt to win their trust and confidence. The centre's secretary-general, Pol Col Thawee Sodsong, made a bold decision to allow the reopening of the Islam Burapha religious school which was closed down four years ago by the military on the suspicion that it offered sanctuary to insurgents. The colonel's decision has reportedly won praise from Muslim religious and community leaders, as the closure was seen as an act of injustice on the part of the Thai state.

Of late there have been increasing calls from local civic groups for the lifting of the state of emergency in the far South, claiming that the security forces have misused the emergency decree to mistreat suspected insurgents, including torture. These calls have been disregarded by the military, which persists in the belief that the decree is still necessary in light of the continuing violence. Nevertheless, to ensure fairness for the suspects, some mechanism must be put in place to ensure that the emergency decree or martial law which is still enforced in the region, is not abused by the authorities.

It is not known whether or when peace will ever return to southern Thailand. But the military must realise that unless it wins the trust of the ethnic Malay-Muslims, there is little chance it will ever crush the insurgents and win the war against separatism.