The announcement last week by Twitter that it can control its users country-by-country is certain to cause the company much grief. For a company founded on the ideal of free speech, Twitter now will have to bear the burden of deciding just how free it should be. The company is less than six years old, but Twitter and its "tweets" have gained a worldwide foothold. Far beyond its use as a social link, the micro-blogging service has been credited with serving government, opposition and anti-establishment groups alike, including rebellions like the Arab Spring. Now Twitter has unleashed a powerful new force which it may not be able to control. 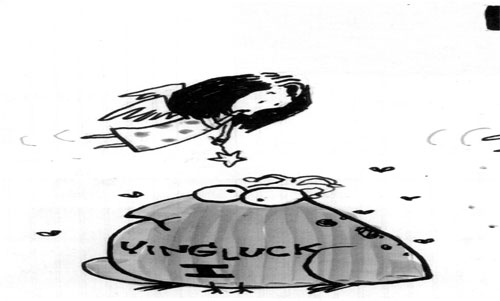 Once, it was stated famously that, "The revolution will not be televised". Now it appears it also may not be tweeted. The decision by Twitter to develop a system of potential censorship puts it directly in a position.

All across the world during the weekend, activists were furiously broadcasting what governments were already thinking: Since Twitter can restrict or totally ban certain tweets on a country-by-country basis, then of course it will do so.

Six years ago, Twitter did not exist. Four or five years ago, many people were confounded by the service. A so-called blogging tool, with a restriction of 140 characters, seemed absurd. And what would you tweet about anyhow? Critics pounced on the tens of thousands of silly tweets: what someone ate for breakfast, what they bought at the market. Meanwhile, millions _ now 300 million and increasing _ have discovered the usefulness, the urgency and, for many, the pure joy of tweeting. Twitter has provided running, written accounts of events and disasters, like plane crashes, typhoons and anti-government revolutions.

The problem for Twitter now is how it will use its new-found powers. The almost instant contradiction is clear. Some governments will be lined up _ virtually speaking _ at Twitter's doors this morning to tell the company to do what those governments already do. China, which already bans and tries to block use of Twitter, will be eager for the service to black out inconvenient facts, blackball certain activists and blacklist subjects and sources.

This is not to pick on China. More than a few deposed dictators and supporters in the Middle East probably are wishing that Twitter had such powers a year or so ago. Without Twitter, the Arab Spring might have succeeded in deposing Mubarak, Gadhafi and other tyrants. Then again, it might not. The terse tweets heard around Arab and north African nations last year informed crowds where to gather, and areas to avoid because of heavy army presence. And Twitter certainly does not insure the success of a violent revolution, as the people of Iran learned.

The same Thai government that actually blocked the entire YouTube service until it censored several videos, is almost certain to be in that line at Twitter's doorstep. If not now, it will happen soon. Will the government reveal any "requests" for Twitter to censor Thai users? Will the service?

Governments and the governed agree that the ability to censor is an awesome power. During coups, the military always seizes control of communications, always intimidates or bans the press. The free speech unleashed by the internet, and then by services like YouTube and Twitter, often frightens governments and emboldens opposition. The ability to tweet is a powerful tool. So is the ability to block it.