This past February, Thailand was added to a high-risk blacklist by an international organisation many people have never heard of. 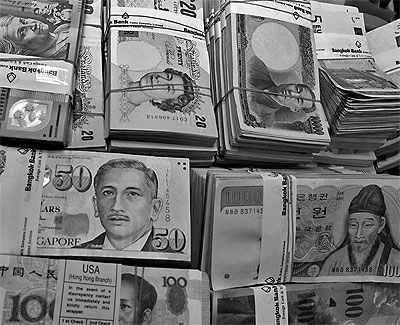 An international finance taskforce has identified Thailand as a ‘‘high-risk country’’ for its lack of controls over money laundering and the financing of terrorism.

The Financial Action Task Force (FATF) was established by the G7 in 1989 to combat money laundering and terrorism finance.

Being on the FATF "high-risk" country list may not sound terrible but, in some circles, it is akin to being labelled a financial pariah.

Thailand now joins the ranks of countries that include North Korea, Iran, Syria, Pakistan and Myanmar, to name just a few. In most contexts, these are not countries people normally wish to be associated with.

The FATF's best practices, known as the "international standard," are meant to have universal application and to serve as a comprehensive framework prohibiting transfer of illicit money.

Its principal contribution has been Forty Recommendations on Combating Money Laundering and the Financing of Terrorism and Proliferation.

Countries are assessed and rated against this standard. In the case of Thailand, the country's financial regime was found to be woefully inadequate and among the worst in the world.

As Thailand grapples with how to get off the list, it will be vital for its policymakers to understand how the FATF operates. The organisation's international standard rests on three principles.

Next, each country is obligated to strengthen its financial system. Both banking and non-banking institutions must set up procedures to identify clients and detect suspicious transactions, as well as develop secure and modern transaction protocols.

The FATF's official policy is to blacklist countries that fail to comply with the international standard or refuse to have their financial system evaluated.

Although there is no enforcement mechanism, the blacklist has been remarkably effective in changing the behaviour of designated countries in the past.

The reason for the FATF's effectiveness is simple: many institutions and good corporate citizens are reluctant to do business with or in countries shunned by the organisation. Blacklisted countries that have refused to take remedial action have at times lost significant international investment as a result.

The International Monetary Fund and the World Bank have sometimes chosen to downgrade a blacklisted country's credit rating _ a significant punishment in today's interconnected financial world.

Other repercussions Bangkok can expect as a result of its "high-risk" status is reduction in foreign investment, international trade and financial transactions, along with a diminishing willingness among the international community to help Thailand grow economically.

There are immediate steps Bangkok should consider to rectify the situation.

First, it is imperative that lawmakers adequately criminalise terrorism finance. The international community has made clear that each country also must have an administrative process to identify and, if necessary, freeze the assets of all illicit actors including terrorists.

Thailand has yet to put in place a mechanism to ensure proper supervision of money laundering activity and to combat the financing of terrorism.

Lastly, the FATF has made clear that the country must complete a risk assessment of its financial sector to see where other weaknesses lie. While the Anti-Money Laundering Office and lawmakers attribute the lax financial regime to the floods that took place here last year, this claim does not stack up.

Instead, this systemic problem will affect the country's economic viability if not corrected quickly.

Ensuring the country's financial sector is not exposed to undue risk mitigates abuse on the part of criminals. It also gives the international community the confidence that Bangkok is serious about protecting its financial sector.

Avi Jorisch, a former US Treasury Department official, is senior fellow for counter-terrorism at the American Foreign Policy Council in Washington.