End this abuse by companies
Opinion

End this abuse by companies

With some commendable exceptions, business and government departments concerned are failing to come to grips with new, higher expectations for the treatment of workers. 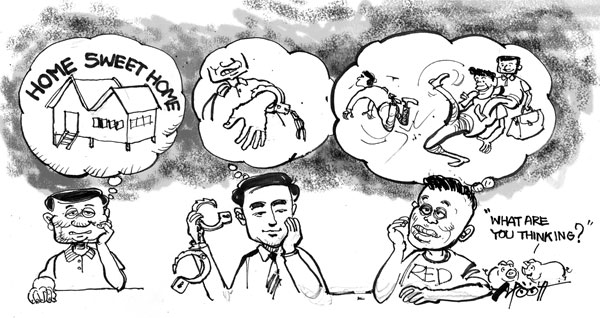 In the past couple of years, and at ever faster rates, consumers have been demanding better conditions. More and more, employees at Thai companies are catching the extremely sympathetic eye of activist groups, at home and particularly abroad. This is why it matters that business owners rather cavalierly dismissed legitimate concerns in recent cases.

Food processors in Kanchanaburi and Songkhla provinces managed to attract the attention of labour activists and foreign governments. They suspected, and still suspect, that the Thai-owned factories have mistreated workers. Workers, some say, were cheated out of legitimate wages, refused proper wage rises, and had their identity papers seized. Diplomats from Myanmar and Cambodia are certain that the Thai businesses have employed child labourers under 15, on purpose.

These are not light, passing allegations. Several are not only against the law, but the equivalent of actual slavery. If the factories have refused to pay workers even the minimum wage, it is a serious violation of Thai law. But wait, because it gets worse. A US group called Making Change at Walmart has caught a huge whiff of foul air around the cases and has gone to the advocacy barricades. It has gone (very) public with demands to the store's Ethical Sourcing department to get involved. A major internet campaign is already under way.

The two companies are Vita Food Factory (1989) Co Ltd of Kanchanaburi and Phattana Seafood Co based in Songkhla. They supply Wal-Mart with pineapple and shrimp respectively. Wal-Mart is the world's largest retailer, based in the United States and hugely susceptible to consumer pressure. Tens of millions of dollars, and thousands of jobs are at stake if the company is not satisfied with its suppliers. And now, in today's charged atmosphere, so is the reputation of Thailand.

Unfortunate accusations of near-slavery are not new in Thai factories. Nor is the reaction of government departments whose duty is specifically to look out for the welfare of workers _ Thai and foreign alike. Or, more correctly, so is the non-reaction.

Labour officials, factory inspectors, police and other officials charged with law enforcement and protection of victims too often ignore violations and try to smooth over problems _ or cover them up. The charges against Vita Food Factory were countered by promises to pay more later this month. The serious charge that Phattana Seafood seized workers' documents to keep them from quitting were countered by promises to return them later this week.

These are no longer the types of response needed. They demean the workers, anger foreign governments, and ignore the rule of law.

Companies like the two currently in the activists' crosshairs ask for public sympathy because they are under pressure to produce quality goods at competitive prices. But they deserve no sympathy at all when they exploit workers and disobey laws including the minimum wage regulations.

Companies that mistreat their workers are simply delaying their ultimate fate. But those officials and police who work to help businesses evade the law disrespect their duty, and their country.

In today's far less tolerant atmosphere by consumers worldwide, such businesses have little time to get their act together and treat their employees properly.