Tell the truth about asbestos
Opinion

Tell the truth about asbestos

With regard to the apparent attempt by the Thai government to dismiss or downplay the dangers of asbestos, there is not a health nor medical organisation in the world that has not condemned the use of chrysotile (white) asbestos. My husband was exposed to it while serving with the Canadian navy and died a miserable mesothelioma death 20 years later. He is not the only one, there are thousands of Canadians who have not survived contact with white asbestos. 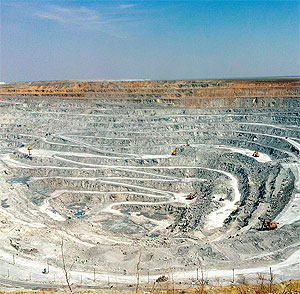 Our government has refused to ban this deadly mineral, despite the fact that asbestos mining in our country is bankrupt. I hope that Thais will make sure that their government takes the steps to protect its citizens that the Canadian government has not.

WHERE DOES SHE LIVE?

According to a Bangkok Post story on Friday, Prime Minister Yingluck Shinawatra thinks the Thai people are imagining that the cost of living is on the rise. Where does she live? Perhaps she should try to make it on 300 baht a day, the minimum wage put into effect by her government.

DSI chief Tarit Pengdith said that recent investigations have revealed that government officials were involved in all stages of the trade in cold pills used to manufacture illegal methamphetamine, and that a large and influential network controls this hugely profitable business. Will Deputy Prime Minister Chalerm Yubamrung stand behind his promise to provide speedy executions for those convicted of involvement in the highest levels of the drug trade?

Unfortunately Mr Chalerm does not have divine wisdom to rely upon, only that of a mere mortal living in Dubai who is well known to harbour little respect for the Thai justice system.

In his column last Sunday Imtiaz Muqbil brought up an interesting problem when he noted how 29,000 American Zionists wrote letters of protest because of the rare Palestinian point of view presented by the TV programme 60 Minutes.

That reminds me of when a spokesman from the George W Bush administration (the most pro-Israel in history) was nearly booed off the stage for saying in front of a live audience that Mr Bush wanted to end the suffering of both Jews and Palestinians.

They wouldn't allow even a staunch supporter of Israel to express one word of compassion for the suffering Palestinians.

I remember some time ago watching Bill O'Reilly on his Fox News programme, the O'Reilly Factor, say that the only reason Muslims don't like Israel is because they ''hate Jews''. What do he and others like him have to say about people like myself, who are Jewish but are critical of Israel's policies? To answer that question O'Reilly invited the fanatic Jewish right-winger Bernie Goldberg on his programme, to say that even we are Jew haters!

The bias toward Israel in America is no longer merely absurd, it has reached the level of insanity.

WILL WE GO THE WAY OF SPAIN?

Currently in Thailand there is a ''boom'' in the construction industry, as high-rise condominiums, housing developments and commercial buildings are sprouting up on an unprecedented scale, even though some two-year-old developments remain 70% unsold. At the same time the cost of living in the country is increasing, fuelled by the rising minimum wage and hypothetical profits from the construction ''boom''.

One Thai bank claims inflation is approximately 4% and the headline of a Bangkok Post story last Monday warned, ''Worse is yet to come''.

Many foreigners come here, attracted by the low cost of living, and buy properties, but will that continue? Overproduction could end in lower prices or abandoned developments.

For many years Spain _ currently the main economic invalid in Europe with 25% unemployment _ built its economy on construction and tourism, but it ran out of customers. The once beautiful landscape is now strewn with abandoned and unsold property.

Adding to Spain's troubles was the European Union-contrived Common Agricultural Policy that effectively rewarded inefficient farmers and caused mountains of food products that could not be sold, all subsidised by taxpayers.

This is rather reminiscent of the current Rice Mortgage Scheme in Thailand.

Thailand seems in a state of euphoria at the moment, but it may be that the bubble is about to burst.

STICK WITH THE EXPERTS

Although I agree that we cannot believe all that scientists say, I'd rather trust them than Cha-am Jamal. His arguments that man-made pollution and overpopulation won't damage mankind just go against common sense.

Some scientific reports are later proven to be wrong and then corrected. This is called progress. Jamal's rantings against experts remind me of Don Quixote charging on horseback with a huge lance at windmills that he believes to be ferocious giants.