Terrible events are under way in western Myanmar, which bear careful watch from its neighbours, especially Thailand. 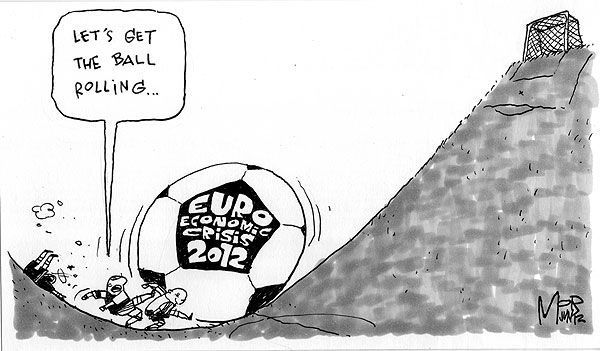 Religious and ethnic-based riots have raged in Rakhine state for more than a month. Last week, troops fired on mobs, killing at least seven people. Hundreds of homes have been burnt in the violence, which have pitted Myanmar Buddhists against Rohingya Muslims.

It is the first severe test of the reform government, which came to power more than 18 months ago.

The immediate cause of the Rakhine riots occurred last month. Three Muslim youths allegedly raped a Buddhist girl. Buddhists apparently attacked Muslim areas as a result. Last Friday, the Islamic holy day, Muslim mobs apparently attacked Buddhist areas, and that was when authorities called out the army to put down the riots.

It is disappointing that the word "apparently" is still necessary. Decades of brutal military dictatorship have suffocated Myanmar in censorship. The media in Myanmar remains almost entirely under state control, and few media are willing to test the limits of factual reporting.

There are, however, glimmers of optimism. The first is that state media have actually reported the violence in Rakhine state, and in detail that would have been unthinkable two years ago. It is hardly a model of journalism, but state-controlled newspapers reported fairly quickly the death toll in the riots.

The second is even more encouraging to those who hope for fast, effective political reform in Myanmar. Aye Maung, an upper house member of parliament for Rakhine State, was quoted in Myanmar media as saying, "It is important to let the public know the truth." Words like that have not been heard from any person of rank for a long time.

The slowly emerging media and the heavily military-controlled parliament can do little by themselves, however. A real test of sincerity has already begun for the government of President Thein Sein.

In truth, the president and his supporters have given little sign they are able to face this crisis. Not a word has been issued to the public, most notably to the residents at ground zero of these distressing religious, ethnic clashes.

Taking power from the entrenched and still powerful military establishment is no easy task. Thein Sein deserves most of the support he has won, at home and abroad. But it is wise to bear in mind the cautious words of opposition MP Aung San Suu Kyi. She has counselled observers to keep their "healthy scepticism" towards the Myanmar government.

The real danger is that Myanmar will try to veer off the democratic path. It is no secret that Myanmar leaders have long admired the example of the discredited Suharto regime in Indonesia, which combined economic openness with ruthless, anti-democratic governance.

One hopes that the fall of Suharto and the transformation of Indonesia into a democracy will prove equally attractive to Myanmar. At the moment, the peace and security of the country is threatened by deadly religious strife. How the Myanmar regime deals with this threat will be an important indication of what the new leaders intend for their country.