Last Saturday Deputy Prime Minister Plodprasop Suraswadi, who is chairman of the government's Water Management and Flood Prevention Commission, proposed to implement the Mae Wong Dam and resurrect the Kaeng Sua Ten Dam as part of the huge flood-prevention package now being formulated. Neither of these dams, if implemented, would offer enough flood prevention to offset the damage caused to forests and wildlife. 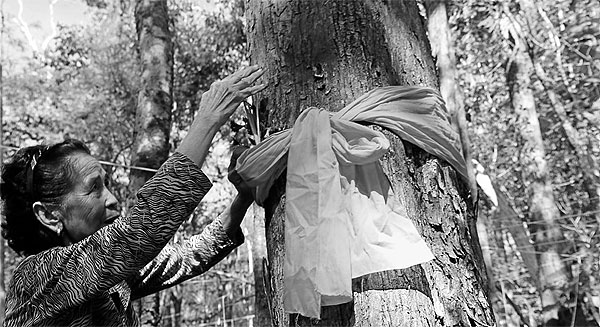 Mr Plodprasop furthermore stated that the government would carry out environmental impact assessments for each project and minimise the negative effects. He would replace each affected forest area with three times the amount of additional forest land. This is laudable provided that it could be done.

Most of the Kaeng Sua Ten Dam's inundation area (totalling about 65 sq km) lies within the Mae Yom National Park, and the rest would cover some villages and rich agricultural land on the east bank of the river.

Mr Plodprasop appears to have forgotten some of the history of the Kaeng Sua Ten project which I will attempt to rectify for the benefit of readers. The project has literally been studied to death already, even while Mr Plodprasop was director-general of the Royal Forest Department. Environmental assessments have been carried out at various times by the Royal Forest Department's own forest inventory division, TEAM Consulting Engineers Co, Chiang Mai University, the Food and Agriculture Organisation (FAO) of the United Nations, Mahidol University and the World Bank.

After commissioning some additional studies, the World Bank decided to turn down the request for a loan for this project, considering the benefits to be too uncertain and the negative impacts potentially significant.

The bank's decision, apparently, was not the kiss of death. Every few years, the government in power (including a Democrat government) pulls out the Kaeng Sua Ten project as part of its ill-conceived populist strategy. Of course, there is no harm in updating the environmental analyses, but there is no indication that the basic equation will be changed with further analysis.

The Kaeng Sua Ten Dam was originally conceived as primarily a hydroelectric power project, under the Electricity Generating Authority of Thailand (Egat). Analysis of hydrology, however, indicated that it would flood rice-growing areas and affect villages north of Mae Yom Park, so the height of the dam was reduced somewhat. In the 1980s the Royal Irrigation Department took over sponsorship of the project, which then became an irrigation project.

At no time was "flood control" considered to be a major benefit of the Kaeng Sua Ten Dam. A study by FAO indicated that flood control benefits constituted much less than 3% of the total benefits from the project. This estimate is certainly out of date, and an attempt should be made to assess the real benefit, if any, in the current context of development. The matter has not been addressed in an analytical way as far as I know. The knee-jerk reaction is that "we need dams to stop floods", which is completely naive and wrong. In 1991 the FAO submitted a report illustrating some important but little appreciated facts about water production.

The FAO analysed the 40-year rainfall record for the watershed and ran computer simulations of the reservoir volume, area, and output from the proposed Kaeng Sua Ten Dam. Water output from the watershed is extremely variable: in some years there is excess outflow, but in most years the dam will not fill to capacity. In the best simulations the reservoir fills up in only about one out of three years, and over an average year, a large drawdown zone of dirt and rock amounting to 34% of the surface area when full, will be exposed. This will both mar the aesthetics of the reservoir and virtually ruin it for use by wildlife.

A large reservoir cannot function optimally for both irrigation and flood control. Why? Because the rainfall, hence water level in the reservoir, cannot be predicted beforehand. For irrigation benefits, the reservoir must be filled in the rainy season, but to obtain flood-control benefits, the level must be kept low in anticipation of unpredictable storms and high runoff. Thus, the construction of the Kaeng Sua Ten Dam might lead to a false sense of security and lack of preparedness. Optimising it for irrigation or hydropower could bring sudden catastrophe and unforeseen disaster in the event of a very severe flood.

Operation of the dam by the Royal Irrigation Department thus may not result in a policy of effective flood control. Such uncertainty makes analysis of flood control benefits extremely difficult.

It is best to deal with local flooding problems by improving infrastructure such as roads, bridges and flow channels, and by reducing the occupancy of flood-prone areas. Building a large dam above Phrae could result in a much worse disaster in the event of a truly great flood, and because of climate change, past records are inadequate guides to predicting such floods.

Other points raised by Mr Plodprasop deserve comment. The major ecological asset of the Mae Yom National Park is its natural teak forest. This forest has been found to be the most extensive and richest such forest left in the nation. It is true that it has been harvested in the past and is in many areas poached and degraded, with relatively few trees now exceeding one-half meter in diameter. But surveyors (including myself) have found it to have high regeneration potential, because this is the optimal environment of teak. There is a healthy regrowth of young teak trees along the banks of the Yom River.

If protected, the forest would rapidly regrow, and the huge, majestic teak trees that once grew in northern Thailand would reappear. There are also native populations of rosewood and other valuable hardwoods in this rich and irreplaceable example of "lowland mixed-deciduous hardwood forest".

We haven't even discussed the diversity of migratory fish in the free-flowing Yom River, or the endangered species of birds and mammals in the park which include green peafowl, green imperial pigeon and Asian wild dog.

Why won't the Kaeng Sua Ten project die? I have nearly lost all faith in the ability of any rational analysis to influence government policy on dams: business interests will prevail.

Tinkering with expensive dams will not fundamentally solve our flood problems. Large dams cause more problems than they solve. They distract from the more important long-term solutions such as revegetating our watersheds, and facilitating the flow of floodwaters into the Gulf.

Warren Y Brockelman is a retired professor of biology at Mahidol University, Salaya, and currently studies forest ecology for the National Center for Genetic Engineering and Biotechnology (BIOTEC). He was employed by the World Bank to study ecological effects of the Kaeng Sua Ten Dam project. 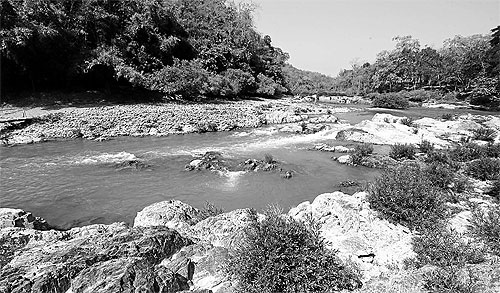