Bangkok must break the mould to become world class
Opinion

Bangkok must break the mould to become world class

Bangkok aspires to be a world city, at least we Thais would love to think so. 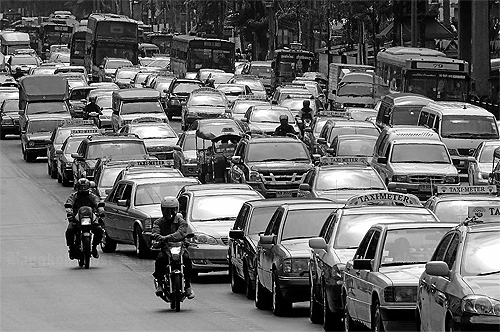 Traffic gridlock is not the only problem that is paralysing Bangkok. Other problems such as flooding, air pollution, garbage, illegal use of pavements, and a lack of green space cannot be solved if the laws governing Bangkok remain outdated and there is no co-operation between the city and the central government.

Opinions differ greatly as to exactly what this might entail, but an openness to external influences is often cited as one key characteristic.

By some other measures, you might say we are already well on the way. Bangkok offers world-class shopping, world-class dining, world-class accommodation at every price point, and world-class fun. After all, Bangkok is the ''Big Mango'': sweet and juicy, offering temptations galore.

From a sleepy Southeast Asian backwater in 1950 _ when the region's two most cosmopolitan cities were probably Manila and Yangon _ Bangkok has come a long way. Apart from Rattanakosin island, the vertical cityscape you see today has practically all been built within the last 40 years.

A charitable view would suggest the city has grown organically _ perhaps more realistically, chaotically _ with just-in-time infrastructure development often verging on the just-too-late.

Today, as Governor MR Sukhumbhand Paribatra ponders the challenges ahead for the next four years, just as the Democrat Party struggles to identify a new sustainable policy platform to offer the nation, there should be a convergence of interests and hopefully energy which could benefit both Bangkokians and the Kingdom. After all, if the Democrats cannot construct and implement a new vision for Bangkok, what hope do they have at the national level?

Crucial for turning this opportunity into reality were Prime Minister Yingluck Shinawatra's gracious remarks at the press conference when Pheu Thai governor candidate Pongsapat Pongcharoen conceded defeat: ''Pheu Thai will continue to support good policies. We are ready to seamlessly work with the Bangkok governor. Our duty is to work for everyone.''

So what are the major challenges facing Bangkok today?

You might suggest the list is long. Traffic congestion; flooding, illegal pavement use; lack of recreational space; lack of social services for a rapidly ageing population; poor education and health services; environmental degradation; slums (sorry, crowded communities); and a Bangkok Metropolitan Administration (BMA) tax base incapable of addressing most of these challenges.

But in my opinion, the biggest challenge goes beyond these specific issues. Simply put, Bangkok is not in control of its own destiny. The 1985 BMA Act is now outdated and completely incapable of providing the administrative machinery and authority required to meet the challenges and complexities of managing a modern world city.

Over the last 20 years I have worked in various capacities for several Bangkok administrations. The experience has been years of intense frustration. The BMA's authority and responsibility is so restricted it currently manages only a small fraction of the services responsible for the quality of life Bangkok offers its inhabitants.

With this fragmented administrative architecture it is almost impossible to plan anything in a comprehensive, holistic manner. And the longer the planning horizon required, the more improbable the implementation of the plan becomes. World cities need long-range planning. They are like supertankers: they take a long time to turn.

There are, however, cities, that in a matter of a few short years can reinvent themselves. Rio de Janeiro has improved its visual pollution by prohibiting all advertisement billboards. All major cities in western and eastern Europe have walking streets in which most vehicles are not permitted. Cairo has placed all telephone and electrical wires underground.

Sydney, Singapore and San Francisco (and many others) have turned derelict wharf areas into attractive and livable communities.

Athens, Bogota and Jakarta have car-free-days each week when the entire city population is free to use the streets as recreational areas, free of air pollution.

So my first recommendation for the incoming governor would be to call for the establishment of a joint BMA-central government task force authorised to prepare, with broad public participation, a new BMA enabling act more suited to meeting the needs of managing a world city in the 21st century.

This is no easy task, what with all the turf wars to be considered, but it is nonetheless an absolutely necessary one. It would mean redefining the relationship and balance of power between Bangkok, home to 8-10 million people, and Bangkok, capital of the Kingdom of Thailand. I would suggest completing this task within four years, before the next full-term BMA elections.

The next biggest challenge is the establishment of a Bangkok international flood mitigation task force. While the misery and huge economic dislocation of the great floods of 2011 is still fresh in our minds, it seems like a good idea to get serious about flood management. After all, Bangkok is one of the 10 major cities in the world most threatened by climate change and rising sea levels.

Unfortunately, the current government's 350-billion-baht mega-plan to prevent another 2011 is hardly a plan at all. It largely consists of old ad hoc projects dusted off by budget-hungry ministries.

And the planning took no time at all _ the budget was announced while the floods were still receding. Even the usually soft-spoken experts from the Japan International Cooperation Agency (JICA) have noted that projects amounting to nearly half of the proposed budget are just not necessary.

Given Bangkok's location and increasing susceptibility to flooding, nothing less than a national water/flood management master plan looking forward 30-50 years will suffice. Such an undertaking is extraordinarily complex, has massive budgetary implications and will require input from the best experts in the world to have any chance of success.

I believe multiple sources of international funding and organisational support will be available to help establish this task force, since it has the potential to be a useful model for many other large cities that are similarly threatened.

Seamless cooperation from the central government will also be necessary. Since much of the data required is already available, I believe this task force should be able to complete the master plan within two to three years.

And finally I see the need for another task force to coordinate the management and utilisation of public land within the greater Bangkok metropolitan area. This would involve the BMA, the central government and the Crown Property Bureau, working together for the public good.

This is one of Bangkok's, and the kingdom's hidden assets _ the large amount of land that remains in public ownership. Its planned management is central to the solution of a number of challenges _ increasing public park space, recreational areas and expanding mass transportation networks. Just imagine the State Railway of Thailand's huge unused depot at Makkasan being reborn as a park and creative centre.

Of course, all these well-intended actions will fail if we cannot address the undermining issue of our time: corruption. More harmful still is the relentless competition and refusal to collaborate between the Democrat and Pheu Thai parties.

If and when the two parties decide to ''bury the axe'' and come to a decision that planning and rebuilding Bangkok as a modern, attractive and livable city is a national priority project, then there will be hope.

Kraisak Choonhavan is a former senator and a former MP.