Going beyond the rice-pledging scheme
Opinion

Going beyond the rice-pledging scheme

The government's rice-pledging scheme has clearly failed, but what should it be replaced with? 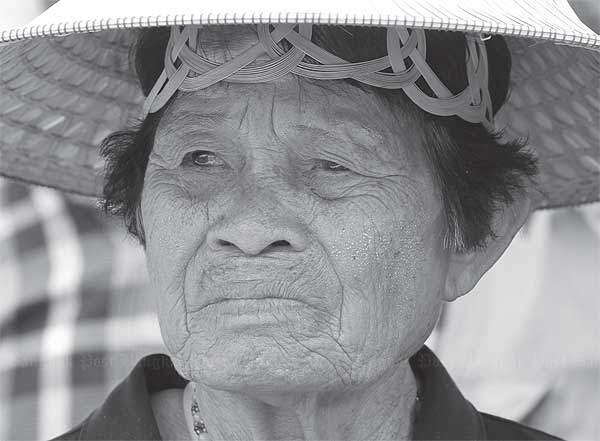 A farmer looks worried during a protest last year to demand the government maintain the rice-pledging scheme. Now, farmers are on the streets again demanding money because the government has failed to pay them for their pledged rice for several months. EPA/NARONG SANGNAK

Under the current scheme, the government has acted as if it has a monopoly in the rice business. The government bought rice from farmers under a fixed price and was responsible for selling it. The consequences?

First, it is hugely unprofitable. Through the scheme, the price at which the government bought from farmers was unprecedentedly high, 50% more than the market price, and for the first time it bought unlimited amounts of rice. This has made the scale of loss massive. There is debate over how much loss the scheme incurred a year, ranging from 150 to 200 billion baht (equivalent to about 6-8% of the government's current budget). Under the most recent rice-pledging scheme the government still owes farmers 140 billion baht because it failed to sell the rice.

Second, rice pledging has decreased the competitiveness of Thai rice producers. One easy measure of competitiveness is market share, in which Thailand lost a lot because the government failed to sell the rice. In terms of input costs, the Thailand Development Research Institute's (TDRI) 2013 research project, "Thai Rice Strategy" reveals that both farmland rental rates and fertiliser prices increased after the rice-pledging scheme was implemented while productivity remained the same. There is also evidence that rice-related labour costs rose after the scheme was implemented. The industry's efficiency also fell because many middle merchants who help make the system efficient lost their jobs because of market monopolisation by the government. For exporters who specialise in selling to different customers, the exclusion of some means that Thai rice has weaker sales power.

The government's rice-pledging scheme has clearly done more harm than good, so a much better alternative is needed.

TDRI research director Viroj Na Ranong has argued that an alternative rice policy should aim to protect farming against unanticipated negative shocks rather than subsidise the price of rice. And under no circumstances should the government act as a market player (and especially as a monopoly) in the rice industry.

One big concern is the vulnerability of farmers. If the price of rice drops too low, farmers may be hurt severely. The TDRI has long proposed a price insurance scheme which would pay farmers the average of the market price from the past in the event the market price falls too low. Neither the current rice-pledging scheme nor the Democrat Party's price scheme follow this idea. They both effectively guarantee higher rice prices than the market, ensuring that farmers would receive more money than without the scheme. Neither, however, really guarantee the welfare of farmers. If harvests fail, then only food or income insurance, as opposed to price insurance, can help them.

The second concern is competitiveness. The high price set by both Democrat and Pheu Thai schemes created the wrong incentives. Many rice farmers do not farm all year round and do not earn most of their income through farming rice. If a farmer cannot continue to farm competitively, the government should help them realise that rather than encourage them to continue (and increase) unsustainable production.

Another big concern is the government's role as a market player. The government is bad at the rice business and its monopoly only made the situation worse. The government failed to sell Thai rice, making Thai rice lose market share and leaving Thai farmers unpaid. Mr Viroj argues that the government does not understand the rice market enough and should not be involved in trading rice. There were opportunities when the government could have cleared rice stocks but it kept on speculating for a higher price. Thailand used to export 11 million tonnes of rice per year (roughly one million tonnes per month) and it is not clear if the government is even operationally capable of selling that much rice per month, let alone stock up for speculation. Now the government is left with a huge supply of old rice of questionable quality. What's worse, the government has kept the accounting details of the scheme obscure, hidden from public scrutiny, making it very difficult for it to receive constructive feedback.

There are ways to help the poor  farmers and non-farmers without jeopardising the rice industry. Broadly speaking, they may include welfare programmes for the poor or employment programmes. A price insurance scheme for agricultural produce is one policy option that the TDRI has advocated. There are policy options to choose from but two lessons to be learned from the current rice debacle is that the government should never act as a market player in the rice market. In the end, fixing rice prices at a high point is not necessarily the best way to help farmers.

Peeradej Tanruangporn is a researcher with the Thailand Development Research Institute.