Illegal adoption is a form of trafficking
Opinion

Illegal adoption is a form of trafficking

Thailand has been shaken recently by several high-profile cases that have propelled surrogacy to the fore of the national psyche. 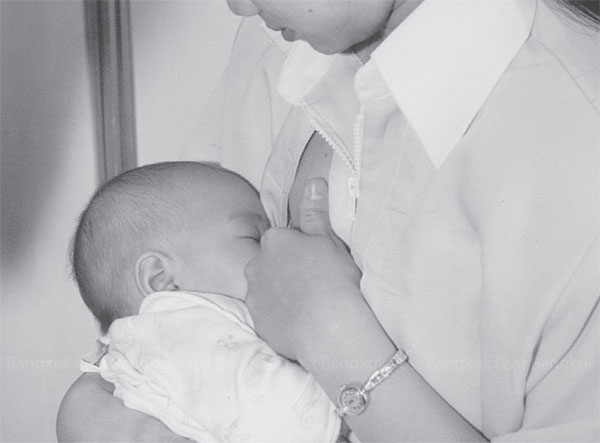 Surrogacy scandals have brought to light that babies or embryos can be exploited in the sex industry, on the illegal donor market, for slavery or on the labour market, constituting a human trafficking case.

There is the case of Gammy, the baby born with Down's syndrome to a Thai surrogate, then allegedly abandoned by his commissioning parents. And the case of Japanese businessman Mitsutoki Shigeta, accused of fathering nine children via surrogacy for trafficking.

Police investigations into both cases are pending and national news reports give us the opportunity to follow them on a daily basis.

The media has reported that, in both cases, almost all possible laws relating to child protection and national commercial surrogacy have been violated.

The link between surrogacy and human trafficking is currently under investigation. It is unequivocal that any child conceived to be sold constitutes a trafficked human. Trafficking in Persons is defined under both the Thai Anti-Trafficking Act (2008) and the United Nations protocols.

According to the United Nations Protocol to Prevent, Suppress and Punish Trafficking (2000), child trafficking is the movement of children across borders for exploitation. This exploitation can be in the form of forced labour, sexual exploitation, prostitution, slavery, servitude or the removal of organs.

A clause in the legislative guide for the implementation of trafficking protocol states that "references to slavery and similar practices may include illegal adoption in some circumstances".

The Anti-Trafficking Act (2008) in Thailand does not include illegal adoption explicitly as a form of human trafficking but defines clearly the concept of exploitation including slavery, sexual exploitation, forced begging, the removal of organs and forced extortion.

The consent of a child is — under both the UN protocol and the Thai act — irrelevant.

In the case of Mr Shigeta, it is unlikely, but possible, that the babies or embryos were envisaged for exploitation in the sex industry, on the illegal donor market, for slavery or the labour market. This, de facto, constitutes a human trafficking case.

Exploring links between the two cases of surrogacy and illegal adoption with human trafficking automatically leads to organised crime or criminal networks. Based on Thai legislation, we may infer that, if prosecuted and proven guilty by the courts, the individuals involved are part of an organised criminal group.

It may be assumed that the children were not going to stay in Thailand and would have migrated with legal documents to satisfy the grievances of their buyers.

These buyers could have been anyone from law-abiding citizens to business entrepreneurs.

The point is: we don't know. Nevertheless, we may infer that the children were to be sold into an illegal adoption scheme.

Police investigations are ongoing, and we do not know what happened with the children who already left Thailand, or what would have happened to the remaining children once they were born.

Suppose that the babies were conceived in order to make use of their organs for the illegal donor market; this would be the building blocks of a human trafficking case.

Suppose the children were conceived to work in a factory or boat to cut fruit, peel shrimps or fish; these would be the ingredients of a human trafficking case.

Suppose the children were conceived to be enslaved or exploited in the sex industry; this would be a human trafficking case.

Eventually this surrogacy case might be viewed as identical to circumstances described in the UN's Trafficking Protocol: the movement of children with the intention to exploit them.

Sam Derbali, is a PhD candidate in Criminology, Faculty of Law, Department of Criminal Law and Criminology at Ghent University, Belgium, and is based in Bangkok.