The women in white coats
Opinion

The women in white coats

A career in science is still seen as a typically male pursuit. From a young age, gender stereotypes mean girls who are interested in science and technology often lack the encouragement to pursue further education in the fields. 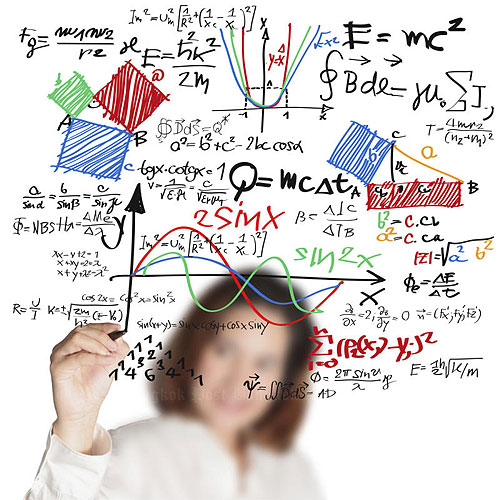 Someday is too far away: Thailand faces a longer wait for elections, and is one of several counties in the region where democracy is seen to be in retreat.

According to the international charity Women in Global Science and Technology, females remain severely under-represented in the industry, making up less than 30% of the workforce in most countries.

In Thailand, a lack of women in science is compounding existing skills shortages.

US science envoy Geraldine Richmond has been travelling the globe in a bid to change this.

She argued that women often struggle to balance family life with a career in science. Hazards in the laboratory, for example, can make it a no-go environment for pregnant women. “It is not the kind of profession where we can work from home,” she told the Bangkok Post Sunday.

“The biggest challenge for female scientists is to balance personal goals with professional goals,” she said, adding that she only managed to juggle the two because of her strong support system, particularly her understanding husband.

US President Barack Obama unveiled the science envoy programme in Cairo in June 2009 to promote US engagement in global science and technology. Since then, his science envoys have visited 25 countries.

Although the number of women in science is on the rise worldwide, the ratios of women scientists in many fields such as engineering and computer science are still small.

One of the issues is what society, and often parents, expect of women. This came up when Ms Richmond met students and scientists in Chiang Mai. A Cambodian student said everyone she knew was telling her she must get married rather than pursuing her career in science, because she would be too old to have a baby by the age of 28.

“There will be the stages of your career or throughout your career that you have to decide what your values are,” Ms Richmond said.

Before becoming a science envoy, she founded COACh, a US organisation dedicated to assisting the advancement of women scientists. About 12,000 scientists, students and researchers worldwide have participated in COACh projects over the past 15 years.

A few years ago, COACh went global. “I had attended international science conferences and heard lots of women from other countries saying how difficult it is to have a career in science,” she said.

Women scientists “are often at a severe disadvantage” in developing countries, where the scientific infrastructure is not well established, Ms Richmond said.

As part of its work abroad, COACh brings American scientists to share their experiences with locals.

Supapan Seraphin, a Thai scientist who has earned international recognition for her work on materials science and engineering, is part of the project. Ms Supapan, who is a professor at the University of Arizona, met Ms Richmond during a workshop in Boston.

After hearing that Ms Richmond was promoting female scientists in Indonesia, China, the Philippines and Japan, she was inspired to help bring the project to Thailand. “I said, ‘How about Thailand? You have to come to Thailand,’ ” Ms Supapan explained.

The two scientists organised the first Thai COACh workshop for 106 participants in January last year. The next workshop is scheduled for June this year. The organisation hopes to help women get ahead by providing training on negotiation and leadership.

Women scientists must learn to negotiate to advance their careers, for example to get more laboratory resources, or to be recognised for their work. In some countries, female scientists have complained of being left off the list of authors on research papers.

“In the US, we have got to a point where women have mentored other women, knowing that they may not get much mentoring by men,” Ms Richmond said.

But in developing countries, the culture of peer mentoring is not yet widespread, so “women are really at a loss”, not “dissimilar to the situation in the US 40 years ago”.

Women shied away from mentoring other women in the old days. There were only one or two really good women “at the top” for a long time, so they sometimes felt threatened by competition.

But as the number of women in leadership positions increased in the US, female scientists became more comfortable with mentoring other women.

Another factor affecting the career prospects of women scientists, which is common even in the US, Ms Richmond said, is that “many men are invited to give international lectures to increase their career status. But many women are not. Many have never broken into that predominantly male network.

“In Chiang Mai, a lady midway through her career said women are not part of the network of hiring and promotion,” she said.

Ms Supapan believes Thai culture aggravates the problem. “Our culture teaches women not to ask for themselves. When we negotiate, we feel bad. We feel like if we deserve any reward, someone will give it to us,” she said.

“I am beating the drum for women in science, but no one teaches us what to do, or how to speak for ourselves.”

Asked whether the ratio of women to men in science is increasing, Ms Richmond says it depends on the field. Based on PhD statistics in the US, women represent half of all biologists, 30% of chemists, 15% of engineers, 12% of physicists and 8% of computer scientists.

Even in the US, gender stereotypes continue to have a big influence on the type of science work that women do. “Women are bigger in the fields that include an element of community service such as environment and medicine science,” Ms Richmond said.

Tackling the obstacles facing female scientists is no easy task. “There is no right answer,” she said. “But be conscious about why you choose to be the way you are and you won’t feel sorry about your choices.”

A call for sustainable recovery effort in Asia-Pacific